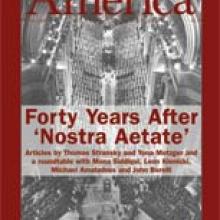 Progress in India
Michael AmaladossOctober 24, 2005
For the Catholic Church in India, Nostra Aetate came more as an encouragement than as a new beginning. In the 19th century, Hindus like Keshub Chandra Sen looked on Jesus as a guru who inspired them to reform their own religious tradition. One of them who became Christian, Brahmabandab Upadhyaya, th 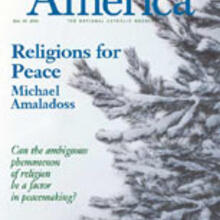 Religions for Peace
Michael AmaladossDecember 10, 2001
The terrorist attacks on the World Trade Center and the Pentagon, as well as the ensuing war between a global coalition led by the United States and the Taliban in Afghanistan have made many wonder about the relationship between religion and terrorism. The United States and its allies have been at p