I. A Scientific Perspective 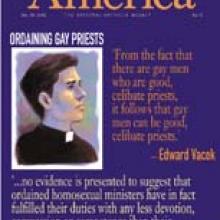 On Straightening Out Catholic Seminaries
Jon D. FullerDecember 16, 2002
One of the deeply troubling outcomes of the Catholic Church’s recent scandals involving sexual abuse and the abuse of administrative power is the call from many quarters to exclude from seminaries men who are gay. This is troubling, because it flies in the face of simple logic. Experts have re

Tolerant Signals: The Vatican's new insights on condoms for H.I.V. prevention
Jon D. FullerJames F. KeenanSeptember 23, 2000
Monsignor Jacques Suaudeau of the Pontifical Council for the Family recently published “Prophylactics or Family Values? Stopping the Spread of HIV/AIDS” in the weekly edition of L’Osservatore Romano (4/19). Here we find important signals of what many have suspected all along: that 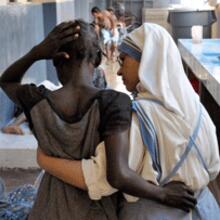 Pope Benedict XVI's recent statements on the use of condoms to spread AIDS signals an important shift in the church's approach to this vexed issue. In 2000, two Jesuits--a doctor and a theologian--wrote an article for America detaling what they perceived to be tolerant signals coming from Rome on the use of condoms. Citing an article in L’Osservatore Romano, they argued that the Roman Curia was more tolerant on the matter than individual bishops:

While many readers may be surprised by the article’s tolerance, we are not. Admittedly, the Vatican has intervened otherwise, as in 1988, when the Congregation for the Doctrine of the Faith raised questions about the U.S. Catholic Conference’s pastoral letter The Many Faces of AIDS: A Gospel Response (1987), and again in 1995, when the same congregation acted against a resource pack on H.I.V. education published with an imprimatur by the archbishop of St. Andrews and Edinburgh. However, health care workers and moral theologians have encountered an implicit tolerance from the Roman Curia when they have first asserted church teaching on sexuality and subsequently addressed the prophylactic issue. For instance, more than 25 moral theologians have published articles claiming that without undermining church teaching, church leaders do not have to oppose but may support the distribution of prophylactics within an educational program that first underlines church teaching on sexuality. These arguments are made by invoking moral principles like those of “lesser evil,” “cooperation,” “toleration” and “double effect.” By these arguments, moralists around the world now recognize a theological consensus on the legitimacy of various H.I.V. preventive efforts. 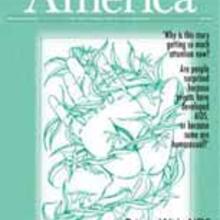 Priests With AIDS
Jon D. FullerMarch 18, 2000
During the last three days of January, after an 18-month exploration of the topic, The Kansas City Star published a series of articles on cases of AIDS among Catholic priests. Propelled by the assertion that "priests are dying of AIDS at a rate at least four times that of the general U.S. popul