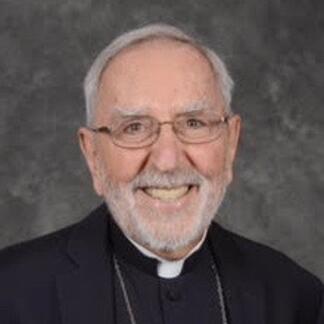 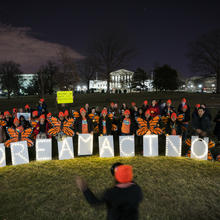 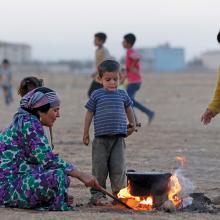 The Migrants’ Lament: Imagining their plight requires only a little heart and faith
Gerald F. KicanasMay 06, 2015
Refugees and immigrants can be found all around the world. Some nations open their arms to them; others raise their fists. Some welcome them; others reject them and turn them away. Yet immigrants and refugees continue to arrive, seeking asylum, searching for security, wanting a decent life.When I se 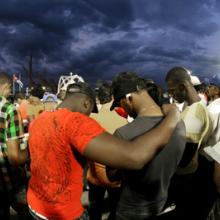 Three Days in Cuba: The people are industrious and poised for change.
Gerald F. KicanasMay 21, 2012

Psychologists and social scientists tell us that first impressions are very important and that we begin to form them quickly, perhaps as fast as five seconds after we first meet someone.

My three days in the island nation—partly to be present for Pope Benedict XVI’s apostolic visit and partly to see the work of Caritas Cubana that is supported by Catholic Relief Services—left me with some very strong first impressions.

Of course, I realize that a three day trip can never make one an expert or hardly give a full picture, especially of something subtle and complex. Three days nevertheless can be full of first impressions, and that certainly was my experience in Cuba.

There can hardly be a more beautiful sight than looking out on the turquoise water of Havana Harbor to the city’s skyline. And nothing is more refreshing than the Carribean breezes that soothe the heat of the day.

The marvelous renovations and reconstructions in old Havana, funded primarily by Unesco, stand in stark contrast to adjacent delapidated, deteriorated structures. Fabulous architecture, unkept and uncared for, crumbles like sand castles swept by the incoming tide.

The demise of the Soviet Union in the early 1990s caused great collateral damage in Cuba. With Soviet subsidies gone, so much fell into disrepair, so many became desperate.

Ubiquitous billboards remind you that society needs socialism, that socialism is the answer to all hopes and concerns. ¡Mas Socialismo!¡Socialismo hoy, mañana, y siempre!

Yet, socialism has left so many on the margins of society in Cuba. Socialism has led to the control of peoples' lives, restricted their freedoms and caused people to seek a better life elsewhere. 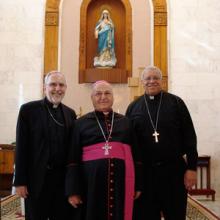 Standing in Solidarity: Reaching out to our brothers and sisters in Iraq
Gerald F. KicanasNovember 21, 2011

BAGHDAD—In her book “Kitchen Table Wisdom,” Dr. Rachel Naomi Remen reminds us that while the simple loving gesture of “kissing the boo-boo” does not take away the pain and suffering that a child feels, it does take away the loneliness felt in suffering.

Suffering and fear dominate the lives of so many, too many, around our world.

Try as we might, we cannot alleviate the suffering, end the fear, but we can stand in solidarity with those who suffer, who are fearful, to help them realize they are not alone.

We were coming to Iraq in early October at the invitation of the bishops of the Chaldean, Latin, Armenian and Syrian Catholic communities. They had been hoping for some time that bishops from the United States would make a pastoral visit to Baghdad to see first hand what life is like in their country.

Despite the cautions we heard about our safety, we wanted to go. We wanted to express to our brother bishops and to the people of the church in Iraq the love and support of our church in the United States. We wanted to assure them they are not alone.

After being greeted at the airport by Bishop Shlemon Warduni, Chaldean Auxiliary Bishop of Baghdad, and Archbishop Giorgio Lingua, the Apostolic Nuncio in Baghdad and Jordan, Bishop Murry and I stood in the line to have our passports checked.

As we drove from the airport, we saw workers planting palm trees along the route. A nice beautification project, I thought, but the trees did not do much to camouflage the armored vehicles lingering on both sides of the street and the Iraqi army and police with automatic weapons clustered near the vehicles or walking in patrols.

In the next three days, we met and talked with our brother bishops. We visited the people they shepherd in the churches, convents, schools and hospitals of their communities in Baghdad. We saw the programs and services of Caritas Iraq and met with Caritas staff.

Each of the bishops expressed their great concern about the plight of Christians. Many have been internally displaced in Iraq having left their homes and belongings for what they deem is the relative safety of the north; others have left the country as refugees to Lebanon or Syria, hoping to begin their lives anew.

Many who have fled hope to come to our country, but because our government has put a hold on Iraqi refugees, they remain in limbo in Syria, Lebanon or Egypt, insecure and marginalized.

(I have met Iraqi refugee families who have come to the Diocese of Tucson. Like many Iraqis who have come to our country as refugees, their circumstances are difficult. Unable to find jobs, not knowing the language, receiving little government support, they find themselves traumatized again. We are working as a community to help them.)

The bishops encourage their people to stay in Iraq, this land that has been home to Christians from the very beginning of the church. The people, though, ask their bishops if they can assure their safety. The bishops are frustrated that they cannot give that assurance. Christians continue to leave.

Unsafe Even in Church 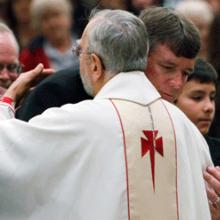 Love in a Time of Pain: Ministering to victims and their families in Tucson
Gerald F. KicanasFebruary 14, 2011

You never want to get bad news when you are far from home—to be told that a loved one has died or that some kind of disaster has taken place. 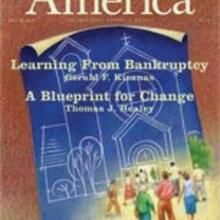 Healing Through Bankruptcy
Gerald F. KicanasSeptember 26, 2005
A church purified and humbled, yet more resolved to carry on Christ’s work—that is how I would describe the Diocese of Tucson as it emerges from the process of Chapter 11 federal bankruptcy reorganization. The bankruptcy process, ending with a plan of reorganization confirmed by the judg

Never Again!
Gerald F. KicanasNovember 03, 2003
Two summers ago I passed through the entrance gate to the camp at Auschwitz in Poland and read the chilling phrase, “Arbeit Macht Frei” (Work Makes You Free). I wandered the now still streets of that concentration camp viewing the scuffed, unclaimed luggage, some marked with its owner&rs