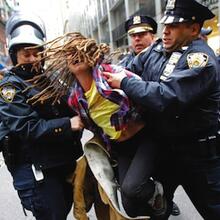 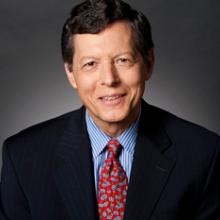 Garry Dorrien is the Reinhold Niebuhr Professor of Social Ethics at Union Theological Seminary and a professor of religion at Columbia University in New York. His article "Occupy the Future" appears the March 12 issue. Professor Dorrien is also the author of Kantian Reason and Hegelian Spirit: The Idealistic Logic of Modern Theology (Wiley-Blackwell) and The Obama Question: A Progressive Perspective (Rowman & Littlefield).

What are the ethical roots of the Occupy movement?

The ethical roots of the Occupy movement are as various as the widely various individuals and groups that identify with the movement. Many of the Occupy organizers are young anarchist activists, or anarchist veterans of the anti-globalization movement. Others are new or longtime proponents of Alinsky-style community organizing or other grassroots radical democracy organizations. Others, who came in a bit late, but who gave the movement a real surge when they did, come from traditional progressive organizations and unions involved in electoral politics. Others come from the peace and social justice fellowships that exist in most American religious denominations.

The moral language that you speak is always influenced by the community of memory to which you belong. If you don't have one, it is harder to fight off the dominant culture that commodifies everything that it touches. Many people in the Occupy movement have been deeply wounded by the nihilistic commercial society in which they have grown up, and they are searching for a community of meaning.

Can you explain what you mean by the term “realized democracy”?

A realized democracy is a society in which the right to self-government is lifted above the right to private property, and the rights and values of democracy permeate all institutions. Negatively—the mode of this argument that Reinhold Niebuhr preferred—it is a society that places democratic checks on social, political and economic power.

Democracy is valuable primarily as a check on greed and will-to-power, and it cannot be restricted to occasional elections. We need democracy in the social and economic spheres as much as we need it in the political system. Otherwise the wealthy end up owning the political process and we have no real political democracy either.

What role can religious communities play in the Occupy movement?