Questions for Gary Dorrien: On the ethical roots and uncertain future of Occupy Wall Street

Questions for Gary Dorrien: On the ethical roots and uncertain future of Occupy Wall Street 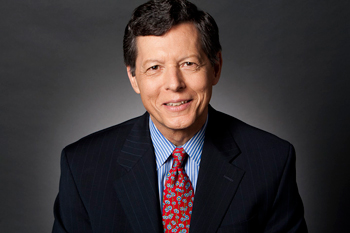 Garry Dorrien is the Reinhold Niebuhr Professor of Social Ethics at Union Theological Seminary and a professor of religion at Columbia University in New York. His article "Occupy the Future" appears the March 12 issue. Professor Dorrien is also the author of Kantian Reason and Hegelian Spirit: The Idealistic Logic of Modern Theology (Wiley-Blackwell) and The Obama Question: A Progressive Perspective (Rowman & Littlefield).

What are the ethical roots of the Occupy movement?

The ethical roots of the Occupy movement are as various as the widely various individuals and groups that identify with the movement. Many of the Occupy organizers are young anarchist activists, or anarchist veterans of the anti-globalization movement. Others are new or longtime proponents of Alinsky-style community organizing or other grassroots radical democracy organizations. Others, who came in a bit late, but who gave the movement a real surge when they did, come from traditional progressive organizations and unions involved in electoral politics. Others come from the peace and social justice fellowships that exist in most American religious denominations.

The moral language that you speak is always influenced by the community of memory to which you belong. If you don't have one, it is harder to fight off the dominant culture that commodifies everything that it touches. Many people in the Occupy movement have been deeply wounded by the nihilistic commercial society in which they have grown up, and they are searching for a community of meaning.

Can you explain what you mean by the term “realized democracy”?

A realized democracy is a society in which the right to self-government is lifted above the right to private property, and the rights and values of democracy permeate all institutions. Negatively—the mode of this argument that Reinhold Niebuhr preferred—it is a society that places democratic checks on social, political and economic power.

Democracy is valuable primarily as a check on greed and will-to-power, and it cannot be restricted to occasional elections. We need democracy in the social and economic spheres as much as we need it in the political system. Otherwise the wealthy end up owning the political process and we have no real political democracy either.

What role can religious communities play in the Occupy movement?

The Social Gospel movement took off, in the 1880s and 1890s, because trade union leaders accused the churches of not caring about the poor and excluded. The founders of the Social Gospel realized that it was pointless to defend Christianity if the churches continued to take a supposedly neutral position on the rights of poor and working class people to organize, fight for their rights and expand American democracy.

That's pretty much where we are again today, except that in our case, we have a 120-year history of modern social ethical teaching in the Catholic and ecumenical Protestant churches to draw upon. If people suffer because of politics and economics, then the Christian community has to deal with politics and economics. This proposition, a century ago, was no less slippery, controversial and fraught with peril as it is today. But it is as true today as it was then.

The second phase of the Occupy movement has come sooner than we wanted, as a consequence of repression. In this phase, churches are already playing a larger role, as supportive communities and as meeting sites. Occupy Faith, the religious wing of Occupy, is organizing local Truth Commissions focusing on home foreclosures and a bus tour that will kick off the Truth Commissions. In New York, it's hard to imagine what the Occupy movement would be without Judson Church, Trinity Church Wall Street, West Park Presbyterian, Park Slope Methodist and a handful of other congregations that have done most of the religious solidarity work thus far.

Did you visit Occupy Wall Street? What did you find there, and how did it differ from accounts in the media?

I've been to Liberty Square numerous times and have spoken at Occupy and Occupy-related events in various locales across the country. Forty five of our students at Union Theological Seminary have been involved in the movement as Protest Chaplains.

The movement's insistence on being leaderless and establishing no official spokespersons has made it difficult for the media to report this story, and of course there has been a barrage of sneering and denigrating "coverage" by individuals and organizations that are hostile to everything that Occupy espouses. But many journalists have worked hard at getting the story right, and it is not that difficult to find accounts of Occupy that accurately describe its diversity, its rage at a system that has turned American society into a plutocracy, and its sincere attempt to create a leaderless, egalitarian, radically hospitable social movement.

The Occupy movement is no longer the public presence it once was in New York and other cities. What is the next step for OWS?

The Occupy movement was long on working groups and caucuses during its first phase. There is less integration today between the working groups and the General Assembly than there was in phase one, which makes it hard to say where the movement as a whole is going. That will emerge. This is a regrouping phase, featuring lots of meetings and social networking. It is clearer where Occupy Faith is going, because we have settled on one issue (mortgage foreclosures in given areas), a vehicle (the Truth Commissions), and a means of building up to the Truth Commissions (a bus tour).

This article also appeared in print, under the headline “Questions for Gary Dorrien,” in the March 12, 2012, issue.