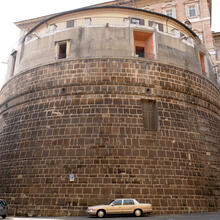 In All Things
The Vatican Bank scandal nobody is talking about
Eileen P. FlynnJuly 15, 2015
Among the many challenges confronting Pope Francis as he assumed the papacy was the issue of the Vatican Bank Francis could have taken the decisive step of closing the Institutes for the Works of Religion as the bank is officially known but instead he mandated operational reforms By replacing

Responding to the 'Gay Agenda': Three reasons why dialogue might be an appropriate response
Eileen P. FlynnSeptember 30, 2000
How should the Catholic Church in the United States respond to what some have labeled the gay agenda? One way would be simply to restate what has been declared repeatedly. This approach, however, may not meet the challenge. The so-called gay agenda has been in the making roughly since 1969, when the