The Vatican Bank scandal nobody is talking about 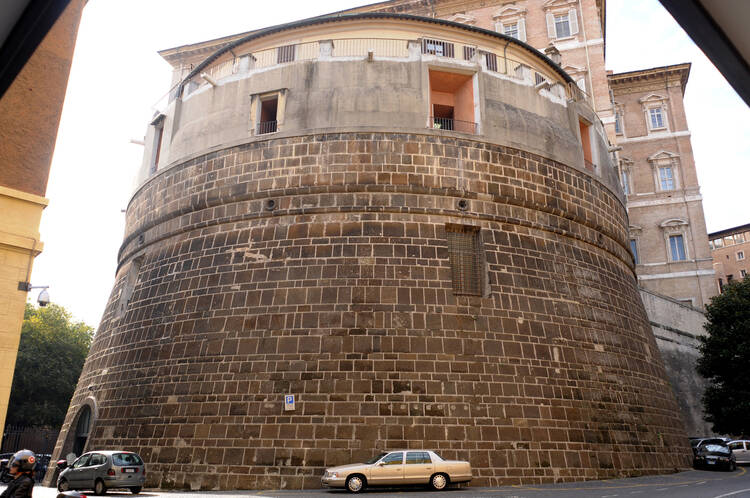 Among the many challenges confronting Pope Francis as he assumed the papacy was the issue of the Vatican Bank. Francis could have taken the decisive step of closing the Institutes for the Works of Religion, as the bank is officially known, but, instead, he mandated operational reforms. By replacing key administrators and insisting on implementation of policies and procedures required by the European Union in the post-9/11 world, Francis sought to shore up the bank.

Pope Francis' fix addressed how the bank will operate going forward. However, he left unaddressed some questions from the past which need to be answered: during and after World War II, was the Vatican bank a witting or unwitting accomplice of Nazi collaborators known as Ustashi who made their way from a seminary in Rome to safe havens in South America? Did the Vatican bank profit as a result of payments received from these Nazi collaborators who were known as the Ustashi? If we were to follow the Ustashi money, where would the trail lead?

What we know of the Vatican bank’s role in the Ustashi plunder relies upon survivor accounts as well as a report written by Emerson Bigelow. At this point what we have are allegations, but it would be a unfair to dismiss this matter on the grounds that, to date, evidence is lacking.

Emerson Bigelow worked for the United States Treasury Department and after World War II he conducted investigations in Europe. An aspect of his research entailed looking into the puppet government put in place in Croatia by the Nazis; the name of this government was the Ustashi. Bigelow determined that the Ustashi stole cash, gold and valuables from Orthodox Christian Serbs, Jews and gypsies and then deported them to concentration camps. What happened to the plunder? According to Aarons and Loftus in Unholy Trinity, approximately 200 million Swiss francs made its way to the Vatican bank where some of it was laundered and used to buy counterfeit passports and passage from Europe for Ustashi leaders. What happened to the remaining cash and plundered gold? Historians allege that some of it wound up in the Vatican bank, adding to the church’s wealth.

A key figure in helping the Ustashi was Krunoslav Draganovic (1903-1983), a Croatian priest who was head of the College of San Girolamo in Rome. Men from Croatia who wanted to become priests lived at San Girolamo while studying for ordination; after World War II the college served as a safe house for the Ustashi underground. It is alleged that Draganovic aided Ustashi military and civilian leaders who had been in power in Croatia and committed war crimes. Draganovic’s assistance consisted in obtaining false documents and safe passage out of Italy. Aarons and Loftus write that there are allegations that Draganovic used his Vatican bank connections to launder gold stolen by the Ustashi and that he was paid for his cooperation. Draganovic admitted that in 1945 “he had personally moved 40 kilos of Ustashi gold to Rome, concealed in two packing cases.”

A request made under the Freedom of Information Act resulted in the 1997 release of Bigelow’s report. Criminal conduct described in the report led to the institution of a 1999 lawsuit against the Vatican bank filed by survivors and descendants of the Ustashi. The lawsuit was dismissed in 2009 under terms of the Sovereign Immunities Act. Although the legal case no longer stands, moral questions surrounding the plunder remain.

Ever since allegations concerning the Vatican bank and the Croatian plunder became public, requests have been made to the Vatican to allow access to archival documents from the time of Pope Pius XII. Pius was pope from 1939 until 1958 and, if there is incriminating information, it would be found on documents from his papacy.

Why not request ledgers from the Vatican bank itself? Incredibly, for the first 70 years of its existence, records were destroyed every 10 years and the bank operated under the cloak of super secrecy. So, if cash and gold had been deposited by church insiders acting on behalf of the Ustashi, there would be no record. Whatever data survive the mid-1940s are to be found in documents related to Pope Pius XII. According to Gerald Posner in God’s Bankers, following tradition, documents pertaining to Pope Pius XII could have been made public on March 12, 2014 (75 years after his election as pope); but the date passed without the release of documents.

People around the world believe that Pope Francis operates on the moral high ground and that he stands by the ethics he preaches. It is imperative that he speak out and say that he will do all in his power to shed light on past practices of the Vatican bank, including opening access to the archives. Survivors of the Ustashi are entitled to restitution.

Eileen P. Flynn is a professor in the Department of Theology at Saint Peter’s University, Jersey City, N.J. Among her publications are Ethical Lessons of the Financial Crisis (2012); Catholics at a Crossroads: Coverup, Crisis and Cure (2003); and A Primer on the Vatican Bank, The Montreal Review, May, 2015.

Eileen P. Flynn
Show Comments (
2
)
Comments are automatically closed two weeks after an article's initial publication. See our comments policy for more.
Vincent Gaitley
7 years 2 months ago
And please, Holy Father, while you're explaining this scandal to the faithful, scourge them again about greed, capitalism, consumerism, and the awful success and material well being of Americans. I can't wait to be dumped in with the dung of the devil again.
Robert Lewis
7 years 2 months ago
I can't wait for you to be "dumped in" with them, either--as you most assuredly will be, when Pope Francis addresses the United States Congress. I fully expect him to mince no words.