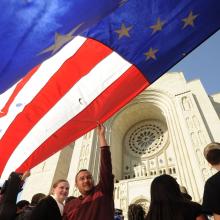 Opinion
Secularism and Social Media: Advancing religious freedom and democratic governance in troubled times
Douglas W. KmiecJune 27, 2014
We live in dangerous times. The assault of the Islamic State of Iraq and Syria on Baghdad, as well as other sectarian violence, challenge the very essence of the human person. No longer is this merely a clash of civilizations, but a struggle for the preservation of human life. Since religion or reli 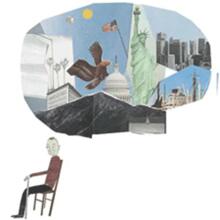 Faith in Focus
My Father's Dreams
Douglas W. KmiecJune 21, 2010
My father's life was an invaluable lesson in political participation. 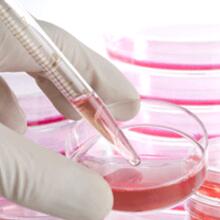 Late last month, I engaged in a public conversation with Princeton Professor Robert George and former Vatican Ambassador Mary Ann Glendon on exploring common ground on life issues with the Obama administration. During our discussion, held at the National Press Club in Washington, D.C., I suggested that pro-life Catholics might find a level of agreement with the White House by, among other things:

Honestly recognizing that science does not give an answer to the legal personhood question of the un-implanted embryo created in a laboratory for non-reproductive research purpose. President Obama has decided to forego this therapeutic embryonic stem cell research for now, I suspect out of respect for our faith claims, but the pursuit of common ground asks us to be cautious about overstating the science. While I fully accept the Catholic teaching, and the desire by our bishops for others as well to come to share the belief that we should treat even an embryo created in a petri dish never intended for implantation as a person, we need to acknowledge that reason here may not—yet—be on the same path as faith.

Following our conversation, it was my pleasure to receive a thoughtful note from Professor George who wrote to confirm that he shared my understanding that “science does not give an answer to the legal personhood question.” Writes Professor George:  “Science cannot tell us whether unborn human beings are persons or whether it is right or wrong to kill them. By the same token, of course, science cannot tell us whether any human being is a person and whether killing of any type is right or wrong…. Science cannot answer these questions, and scientists as such (whatever their personal philosophical and ethical opinions) do not propose answers to them.”

I agree, but I still wonder whether our understanding of the matter is in line with the public statements of the church. To be sure, the Catechism makes no claim from science whatsoever, but rather relies upon revelation. Reference is made to the Didache’s explicit instruction that “You shall not kill the embryo by abortion and shall not cause the newborn to perish." The church proclaims that "human life must be respected and protected absolutely from the moment of conception" by relying upon the statement in Jeremiah that “before I formed you in the womb I knew you, and before you were born I consecrated you."

Matters become a bit more tangled, however, in the Congregation for the Doctrine of the Faith (CDF) document, Donum Vitae, where science is given a confirmatory role:

This teaching remains valid and is further confirmed, if confirmation were needed, by recent findings of human biological science which recognize that in the zygote resulting from fertilization the biological identity of a new human individual is already constituted. Certainly no experimental datum can be in itself sufficient to bring us to the recognition of a spiritual soul; nevertheless, the conclusions of science regarding the human embryo provide a valuable indication for discerning by the use of reason a personal presence at the moment of this first appearance of a human life: how could a human individual not be a human person? The Magisterium has not expressly committed itself to an affirmation of a philosophical nature, but it constantly reaffirms the moral condemnation of any kind of procured abortion. The teaching has not been changed and is unchangeable. (DV, I, 1).

The scientific suggestion reappeared this past summer in response to comments made by now-Vice President Joe Biden on the question of when life begins. In “A Statement in Response to Senator Biden” (Sept. 11, 2008), the pro-life office statement seems to rely on a claimed support from science to a far greater extent than the revelation-based Catechism:

The Church recognizes that the obligation to protect unborn human life rests on the answer to two questions, neither of which is private or specifically religious.

The first is a biological question: When does a new human life begin? ….While ancient thinkers had little verifiable knowledge to help them answer this question, today embryology textbooks confirm that a new human life begins at conception. (citation omitted). The Catholic Church does not teach this as a matter of faith; it acknowledges it as a matter of objective fact.

The second is a moral question, with legal and political consequences: Which living members of the human species should be seen as having fundamental human rights, such as a right not to be killed?  The Catholic Church’s answer is: Everybody. . . .Those who hold a narrower and more exclusionary view have the burden of explaining why we should divide humanity into those who have moral value and those who do not, and why their particular choice of where to draw that line can be sustained in a pluralistic society. . . .

While in past centuries biological knowledge was often inaccurate, modern science leaves no excuse for anyone to deny the humanity of the unborn child.  Protection of innocent human life is not an imposition of personal religious conviction but a demand of justice.

Read in conjunction with the Catechism, the statement of the pro-life office is apt to leave those seeking to understand church instruction understandably confused.  And the confusion has real consequence for stem cell research, especially as the pro-life office statement asserts that the burden of proof for any differing positions rests on others. 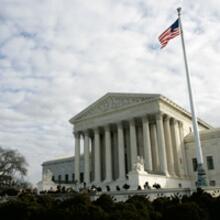 The Case for Empathy: Why a much-maligned value is a crucial qualification for the Supreme Court
Douglas W. KmiecMay 11, 2009

Justice has often been depicted as both female and blindfolded to convey impartiality. The femininity of the judicial symbol is ironic, since as Justice Ruth Bader Ginsburg has pointed out more than once, it's lonely, gender-ly speaking, on the high bench. But what of empathy, the ability to stand in the other person's shoes? President Obama has identified this quality as essential, but does empathy require raising the blindfold to see who is before the Court, and if so, doesn't that in itself subvert impartiality? 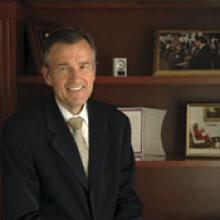 John Kavanaugh, S.J., is one of those scholars who enriches every dialogue to which he brings his voice. I’ve long admired his provocative scholarship challenging the consumerist orientation of the American culture. The challenging “ethics across the curriculum program” that he directs at St. Louis University illustrates time and again how the Catholic mind must be imaginative as well as interdisciplinary in seeking ways to fully embrace the social teaching of the church. His recent open letter to Senator Obama contains all the usual Kavanaugh elements: wisdom, civility, prudence and most of all, insight informed by Christ’s own witness.