Barack Obama and Abortion: A response to John Kavanaugh, S.J. 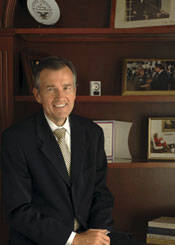 John Kavanaugh, S.J., is one of those scholars who enriches every dialogue to which he brings his voice. I’ve long admired his provocative scholarship challenging the consumerist orientation of the American culture. The challenging “ethics across the curriculum program” that he directs at St. Louis University illustrates time and again how the Catholic mind must be imaginative as well as interdisciplinary in seeking ways to fully embrace the social teaching of the church. His recent open letter to Senator Obama contains all the usual Kavanaugh elements: wisdom, civility, prudence and most of all, insight informed by Christ’s own witness.

Father Kavanaugh’s purpose in writing Senator Obama was to alert him to what he called “his abortion problem.” Having raised this topic with the senator myself in person, and having made it my principal reservation in giving him my public endorsement, I concur.  In fact, Father Kavanaugh thoughtfully noted that my endorsement—which I would give again—has nevertheless come at a considerable cost for me: the loss of collegial friendships from the Reagan and Bush administrations; harsh, even brutal, blog commentary that embarrasses my family and myself; and even the denial of communion by a zealous prelate.

Why endure all that? Because Senator Obama is not only ready to lead, he is leading. He inspires America and foreign nations alike with his integrity, intelligence, and call for change to meet great needs precipitated by unjustified war, corporate profiteering and a self-centered autonomy that aggravates, rather than elevates, the human condition.

Father Kavanaugh’s “to do list” for Senator Obama has received substantial attention. For example, Kavanaugh recommended that Senator Obama support Jim Wallis’ abortion reduction agenda that focuses on giving economic support for pregnant women and greater access to adoption. The senator did Kavanaugh one better: he sent his staff to the platform drafting table to highlight and strongly endorsed prenatal care, maternity funding, income support and greater access to adoption. Unfortunately, the Democrats’ platform continues to endorse Roe v. Wade, but at least now this tragic moral choice is not one-sided. Some have pointed out that the old language of “safe, legal and rare” is gone. Good riddance. That language had become a mindless mantra, not a tangible step that could positively incline an expectant mother to choose life. Pro-life Catholics are looking for a viable path toward abortion reduction, not a simple slogan.

By contrast, the GOP platform seems all slogan and no personal commitment. Going into Minneapolis, the Republicans re-stated their support for a Human Life Amendment (on no one’s political radar) and blamed “activist judges” for pretty much everything (grossly overstated and unfair to the existing bench). At the same time, they deliberately removed language calling for the reduction in the incidence of abortion. In this inversion of subsidiarity, there is no point for an individual to contribute to the common good until large institutional actors remake the universe. Not only is the perfect the enemy of the good, it is an all purpose exemption from the social teaching of the church to which, one suspects, the political descendants of Adam Smith think wholly optional.

Kavanaugh also advocated giving a place at the Democratic convention to Democrats for Life. DFL supporter Senator Robert Casey, Jr. gave a prime time address in Denver (rectifying the slight of his late pro-life father in 1992), and presided over an afternoon session held by the DFL and other Obama advisors. The candidate himself in accepting the nomination before 80,000 supporters made explicit reference to the “disagreement over abortion,” but opined that there “surely” must be agreement on reducing the incidence of abortion that is often the consequence of unwanted pregnancy.  These are well-timed and appropriately-focused statements, as indicated by a study released in Denver by Alexia Kelley of Catholics in Alliance for the Common Good correlating poverty and abortion. (According to the study, women below the poverty line are four times more likely to have abortion).

A number of the other points in Kavanaugh’s letter are less easily accomplished, but nominating the Catholic Joe Biden for Vice-President underscores the seriousness with which Obama intends to address them. Kavanaugh rightly noted that the Catholic vote as not monolithic. Let me add that insofar as the Catholic vote constitutes up to one-third of the vote cast in battleground States like Ohio, Pennsylvania and Florida, it is also the key to victory. Some Catholics are already strongly in Senator Obama’s column because of his commitment to addressing the social justice deficiencies of the last eight years.

Other Catholic voters are regrettably more difficult to reach because they have been sold the untenable proposition that the only way to honor life in the Catholic tradition is by reversing Roe, even as that does little other than toss the issue back to the states. These are people of sincerity, who are nevertheless being deliberately misled, some would say wrongfully enslaved, by Republican partisans who demonize Obama and those intending to vote for him. Because I was a long-time resident of this part of the Catholic community, I have devoted a great deal of thought to the concerns of this sizeable contingent. In a new book soon to be released, (Can a Catholic Support Him? Asking The Big Questions about Barack Obama, Overlook Press) I suggest some positive ways for these Catholics to find electoral freedom consistent with the bona fide teaching of the church.

But there is also an undecided group of Catholics, who, as Father Kavanaugh notes, is watching and listening to Senator Obama most closely of all, especially with respect to horrific procedures like partial-birth abortion. Senator Obama recognizes that these late term abortions aggravate the moral disorder, and it is important for him to keep exploring in public conversation their proper restraint. To his credit, Senator Obama has indicated that in this context a mental illness exception must mean more than mental distress. In his words, such exception should “be defined by serious clinical mental-health diseases . . . [and] not just a matter of feeling blue.” Senator Obama has taken some flak from abortion right activists for raising this point, but one of the senator’s most admirable traits is his intellectual integrity, not just telling his supporters what they want to hear.

Pro-life Catholics like myself and Father Kavanaugh have no illusions. Politics isn’t bean bag and for several generations the Democrats have been absent without leave from the defense of the unalienable right to life. In 2004, Democrats for Life could scarcely get an audience with the counselors to the nominee. Today, a different type of Democrat is open to the views of all and has already led his party to a better place, more affirming of this precious gift of life to which none of us have entitlement and all of us have an obligation.