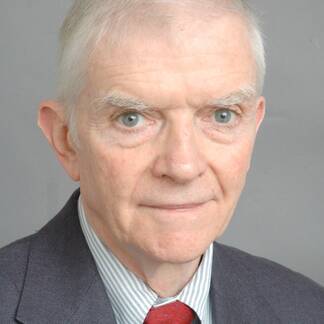 Charles R. Morris is the author of several books, including American Catholic, The Tycoons, The Surgeons, The Two Trillion Dollar Meltdown and The Sages (June, 2009). 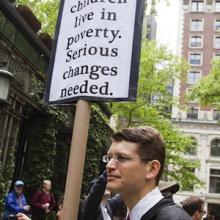 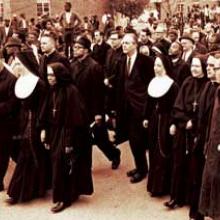 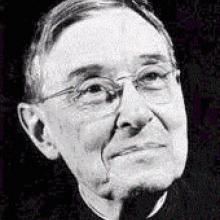 The First 50 Years: The emergence of a Catholic voice
Charles R. MorrisApril 13, 2009
Charles Morris chronicles the first 50 years of America.

In 1938, America’s comparison of the terrors of Nazism with those in Spain was probably accurate. Fulton J. Sheen estimated that 12,000 clerics and 200,000 noncombatants had been murdered by the Spanish Republicans. Those numbers are too high, but not wildly so. Hugh Thomas, in his 1986 update of The Spanish Civil War, reports that contemporary estimates of about one million deaths in the war are now considered about twice too high. Thomas estimates 7,000 murders of clerics at the hands of Republicans, which is still pretty horrific. Ultimately, the Nationalists’ murders outnumbered those of the Republicans’, but not by huge margins, and the bulk of them occurred during their post-victory “White Terror.” If the Republicans had won, they would surely have indulged in their own “Red Terror.”

Books
Ahead, or Keeping Pace?
Charles R. MorrisFebruary 09, 2009
What exactly is the innovation gap?
Arts & CultureBooks
Radical Expressions'
Charles R. MorrisMarch 12, 2007
De gustibus non est disputandum is a snippet of medieval wisdom mostly honored in the breach as evidenced by Michael Kammen 8217 s Visual Shock a cheerful history of more than a century and a half of arguments about art Kammen is a Pulitzer Prize-winning historian of American culture and his re
Arts & CultureBooks
Continuity and Change
Charles R. MorrisNovember 14, 2005
Voltaire loved to mock the pretensions of scholastic philosophythe notion that some grand intellectualist construction would explain any fact the conviction that one rsquo s own mental categories were the real stuff of the universe the assumption of a guiding intelligence behind every event What