The Threat in Spain

In 1938, America’s comparison of the terrors of Nazism with those in Spain was probably accurate. Fulton J. Sheen estimated that 12,000 clerics and 200,000 noncombatants had been murdered by the Spanish Republicans. Those numbers are too high, but not wildly so. Hugh Thomas, in his 1986 update of The Spanish Civil War, reports that contemporary estimates of about one million deaths in the war are now considered about twice too high. Thomas estimates 7,000 murders of clerics at the hands of Republicans, which is still pretty horrific. Ultimately, the Nationalists’ murders outnumbered those of the Republicans’, but not by huge margins, and the bulk of them occurred during their post-victory “White Terror.” If the Republicans had won, they would surely have indulged in their own “Red Terror.”

In late 1938, the number of Jews murdered by the Nazis was probably still considerably lower than even the modern estimate for Spanish Catholics. (Policy had concentrated on their segregation and impoverishment.) The Nazis had not yet invaded Poland, and the industrialized death camps were still several years away. The America article, however, was published just weeks after Kristallnacht, which marked a clear ratcheting up of anti-Jewish terrorism. 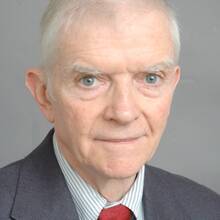