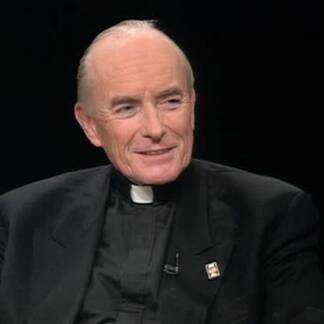 The Rev. Andrew M. Greeley was a prolific writer and researcher who wrote dozens of articles for America before his death on May 29, 2013. 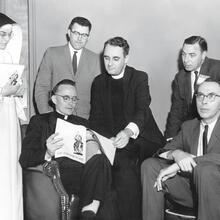 FaithVantage Point
From 1964: A New Breed: There aren't very many of them, but they're important just the same.
Andrew M. GreeleyJune 20, 2013
A classic article on the next generation of Catholics—including priests and men and women religious—from the Rev. Andrew M. Greeley. 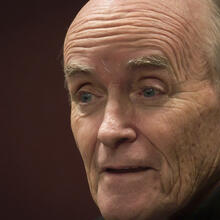 Greeley in 'America': A collection of essays
Andrew M. GreeleyMay 31, 2013
Selected essays spanning 50 years from the priest and author 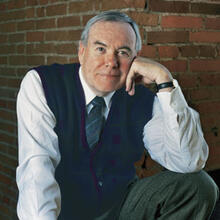 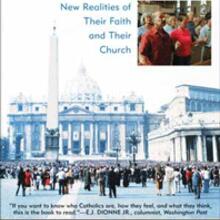 Faith in Focus
The Churchs Changing Face
Andrew M. GreeleyAugust 13, 2007
Everyone seems interested these days in defining Catholic identity—movements and Movements, R.C.I.A. and Neocatechumenate, liturgists and “religious” educators, curial vigilantes and the rear-guard of “social actionists.” No one wonders how the Catholic laity define the 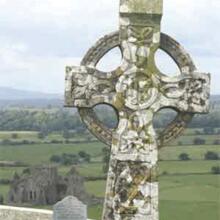 What Ever Happened to Ireland?
Andrew M. GreeleyJuly 16, 2007
The Irish haven't lost their faith, just their willingness to bow to church authority.

A Writer, or a Parish Priest Who Writes?
Andrew M. GreeleyJanuary 01, 2007

The situation in which a priest who writes lives has changed drastically since I wrote my first article for America in the 1950’s (“A Road Show for Cana”). My pastor at the time reprimanded me for writing, because his monsignorial friends had criticized him for permitting it. Theoretically a diocesan priest did not need permission to write, as I understand the Jesuits did at that time. But he had better get it just the same. My mentor, Msgr. Jack Egan, with all the skill of a Chicago precinct captain, persuaded his friend Ed Burke, the chancellor, to get the permission from Cardinal Samuel Stritch and then wrote the introduction to my first book, The Church in the Suburbs (or more likely persuaded someone else to write it), which appeared over Monsignor Burke’s name. My current cardinal admits he enjoys the Blackie Ryan character, as well he should.

Those were the days when Sister Mariella Gable was forced to stop writing and to withdraw her stories from circulation, and when the rector of our seminary denounced Graham Greene, sight unread, at the meeting of the local literary society (named after St. Robert Bellarmine).

There has been progress, though it took the revolutionary event of the Second Vatican Council to create the progress. I am still aware that a new cardinal or a Roman bureaucrat could try to stop me with a monitum, as one did in the days of the late Cardinal Joseph Bernardin. A man as politically savvy as Jack Egan, Joe Bernardin won to the cause the late Cardinal John O’Connor of New York, an unusual ally to be sure, but one to whose memory I am grateful. As I told Joe, I won’t leave—even if they try to throw me out; I like being a parish priest too much ever to leave.

The answer to the question in the title of this article is that I am a parish priest who writes. I became a priest because the work of the priests in our parish fascinated me when I was a child. It still does. Many priests tell me, triumphantly it often seems, that I am not a parish priest because I do not do “full-time” parish work as they do—as though “full-time” parish work is the epitome of priesthood. If it makes them happy to deny me my identity, far be it from me to contest that joy. Nonetheless, I claim even to be a “full-time” parish priest because all my work—teaching, sociology, commentary, storytelling—is priestly work, indeed parish work. It is an effort to bring the Gospel of God’s love to the ordinary people in the church, whom I view as being like the parishioners in the parishes I have known since 1935. I also say parish Masses and preach, hear confessions, visit the sick, counsel the troubled and bury the dead. I see no conflict among these various forms of ministry, only a common task—the task of enchantment and illumination.

Take storytelling. As John Shea has said, one tells a story not to educate or indoctrinate but to illuminate, to enchant the reader or the listener into the world of the story in the hope that when they emerge from the world of the story, they do so with an enhanced view of the possibilities of their lives. (That is also the function of homilies.)

When readers encounter the fictional Archbishop Blackie or Nuala Anne, for example, they run the risk, take the chance, have the opportunity of brushing up against the winds of the Spirit. With Nuala and her husband, Dermot, they experience the love God feels for us in their love for the barely alive neonate, who three years later emerges as the “tiny terrorist”; and in the renewal of the marital love for one another in sexual union; and in Blackie’s impatience with those who would blight first love—“God’s tricky plot to keep the species going.” In these characters and the stories about them, readers encounter a vision that shows second chances and happy endings are always possible.

It is argued that most readers do not see such lurking sacraments in my stories. My experience is that large numbers of them do, but numbers don’t matter; if even one or two readers are sufficiently enchanted to see new possibilities in their own lives, then the storyteller has succeeded.

Moreover, every storyteller wants to say something about the meaning of human life and human death for the same reasons of enchantment and illumination. Every storyteller is, in one fashion or another, a homilist.

Well, says the inimicus homo, you’re no Flannery O’Connor or Graham Greene or François Mauriac or Sigrid Undset or J. F. Powers. Indeed that is true; moreover, I am no Marcel Proust or Ernest Hemmingway or William Faulkner or Scott Fitzgerald or James Joyce either. It is not clear to me why I should be.

Joe Bernardin once asked me if the Sean Cronin character was based on him. “You should be so lucky,” I replied.

The newest Blackie book (many see in him a similarity to Msgr. Jim Mahoney of the Paterson diocese, a similarity that both Jim and I vigorously deny) was called in its early draft Death Comes for an Archbishop. One of my nieces, aware that in the previous book Bishop Ryan had been made a coadjutor with the right of succession, said the title made her shiver. I wasn’t going to kill Blackie, was I?

No way. Conan Doyle may have hated Sherlock Holmes, but I find Blackie—a symbol of the priesthood at its best—pure delight. Blackie will live as long as I do, and the two of us, please God, will continue his adventures in the world to come.

What about my sociology, a work I undertook in service of the church? There are perhaps five major themes to emerge from it, all of which have appeared in this journal:

• Catholic schools are an enormous asset to the church, especially in a time of traumatic change.

• For the most part, priests who are happy in their work and would marry if they could are likely to stay in the priesthood.

• The birth control encyclical, Humanae Vitae, did not work. As a result Catholics now tend to be Catholics on their own terms. I am told that they cannot do that. My point is that they do, because the leadership has lost its credibility. (Sorry about that.)

• Despite all that has happened (most recently the sexual abuse scandals) in the last four decades, it is proving difficult to drive Catholics out of the church.

• The sacramental imagination, as badly enacted as it is, still holds most Catholics in the church.

It is fair to say that these themes have been greeted with ridicule and then silence.

A priest for almost 53 years, the Rev. Andrew M. Greeley is one of the most prolific Catholic authors of our time. The editorial board of America recently bestowed on him its Campion Award in recognition of his contributions to Christian letters over more than half a century. The award is named for St. Edmund Campion, the English Jesuit martyr (d. 1581), who was also a proflific writer. Father Greeley’s published works number close to 170 and include sociological analysis, apologetics, memoir, books on the Catholic imagination, the church in the world, priesthood, education, vocation and parish life—in addition to works of fiction, which include a series of mystery novels featuring Archbishop Blackie Ryan and another starring an Irish psychic, Nuala Anne McGrail.

Possessed of a keen intellect, quick Irish wit, penetrating insight into popular culture and an unfailing love for the church he serves, Father Greeley is numbered among America’s best friends.

A sampling of his popular nonfiction

The Truth About Conservative Christians: What They Think and What They Believe—written with Michael Hout (Univ. of Chicago Press)

Arts & CultureBooks
Values Over Rhetoric
Andrew M. GreeleyApril 10, 2006
One of my strongest primal memories is of the Knights of Columbus As far back as I can remember they were as present and as taken-for-granted as the Austin Boulevard Bus the Lake Street L and Pedersen rsquo s Ice Cream Store Commodore Barry Council of which my father was a member and once Grand
Arts & CultureBooks
The Dream of Religious Creativity
Andrew M. GreeleyFebruary 13, 2006
Graham Greene has had a difficult time winning the title of ldquo Catholic Novelist rdquo mdash one that he never wanted anyway At the beginning of his career he was dismissed as a man who wrote about bad Catholics mdash the whiskey priest The Power and the Glory Sarah The End of the Affair
Arts & CultureBooks
Pointing the Finger
Andrew M. GreeleyJuly 04, 2005
The argument of Over the Edge is spelled out clearly in the subtitle the media film television computer games driven by advertisers fixated on the importance of an audience of youthful consumers has changed and corrupted American culture In pushing the limits to attract the younger generatio

Is God One of Us?
Andrew M. GreeleyApril 04, 2005
Barbara Hall, the creator and executive producer of the CBS television series “Joan of Arcadia,” may have a wider audience than any contemporary American theologian. Most theologians don’t talk about God any more. Sex, race, gender, politics, secularity or whatever are more importa