Greeley in 'America': A collection of essays 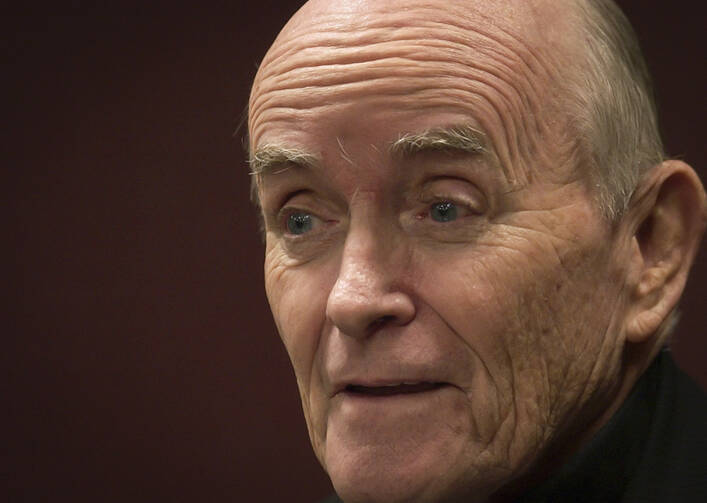 The Rev. Andrew M. Greeley, who died on May 29, was a prolific writer and researcher who published his first article in America in 1957. He wrote dozens of articles for the magazine over the years, and was presented with the Campion Award by America in 2006. Former editor Thomas J. Reese, S.J., shared this story with us: "When Thurston Davis, S.J., was editor of America, he received a call in the early 1960’s from Jack Egan, an influential Chicago priest, telling him about a young parish priest who just finished his doctorate in sociology. 'You should encourage him to write,' said Egan. Neither recognized that they were opening a floodgate of prose and fiction that would have such a profound impact on the church."

Here we offer a selection of Father Greeley's articles for America: 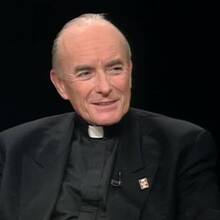 Andrew M. Greeley
Show Comments (
6
)
Comments are automatically closed two weeks after an article's initial publication. See our comments policy for more.
Bob Baker
9 years 4 months ago
A few years ago as I was contemplating whether to proceed with a topic for my master's degree, I sent an email to Fr. Greeley and explained that I was privately warned and publicly intimated for asking about unionization by a previous principal (who was ultimately successful in having me replaced) and I also met “hushed” resistance in discussing personal attitudes by Catholic school teachers regarding unions (primarily because of potentially losing their jobs), and evasive equivocations concerning this topic by many occupying Catholic school positions of authority. In the absence of answers to innocent questions. An email reply from Father Andrew Greeley, in which he stated, “Anything you can do to fight for the rights of teachers is a very good work,” confirmed my decision to proceed. May he rest in peace.
CHARLES KINNAIRD
9 years 4 months ago
One of my favorite quotes from Fr. Andrew Greeley: “Catholics differ from other Americans in that their imaginations tend to be more ‘sacramental.’ By that I mean that Catholics are more likely to imagine God as present in the world and the world as revelatory instead of bleak…” (from “The Catholic Myth”). As a Protestant turned Catholic, I can appreciate that brightness and the hopeful aspect of seeing the world as a sacramental revelation of God.
Ronald Pelley
9 years 4 months ago
What is often not appreciated is what a great homilist "Fr Andy" was. In 1981 I was a young dog at the U of C, newly married and a member of St. Barnabas in Beverly Hills. We had a parish retreat (actually a "Christ Renews His Parish"). Our Pastor (Fr. Goedert, later Bsp Goedert) called in this Associate Pastor from Sacred Heart just to the north of us who really was an Adjunct at the NCOR at the U of C who had just published a wildly successful novel The Cardinal Sins. That evening I experienced prehaps the greatest homily I have ever heard. God Bless.
Tom Jones
9 years 4 months ago
I have seen several artcles on Father Greeley's passing today. In just my short read, I think the following was well written... http://www.ncregister.com/daily-news/we-have-lost-him-father-andrew-greeley-dies/
Anne Chapman
9 years 4 months ago
For a somewhat different bias, another very well-written article. http://www.washingtonpost.com/opinions/ej-dionne-goodbye-to-father-greeley-a-loving-pugilist/2013/06/02/dca5610a-ca27-11e2-8da7-d274bc611a47_story.html?hpid=z6 Greeley was prescient in seeing what would happen - the devastating impact Humanae Vitae would have on how Catholic laity would look at teachings from the hierarchy on matters of sex and sexuality following its publication, and the inevitable lack of trust that would occur. The pope, heeding the curia instead, rejected the recommendation of the Birth Control Commission - bishops who had actually listened to the people who live the sacrament of marriage voted overwhelmingly to develop the church's teachings to reflect the sensus fidelium. These bishops had the courage to reverse their initial stands on the subject, and were humble enough to realize that they were not the experts on this subject, but that the married couples who testified were. Greeley predicted that HV would lead to a lack of trust by the people in many or all of the Vatican's pronouncements on sex and sexuality. This has happened - they are simply tuned out by the vast majority of Catholics, even when they occasionally have something worthwhile to say. If the "magisterium" could get it so wrong on birth control, how could they be trusted in other judgments on related matters? He also "called" the damage that would be done by the sexual abuse crisis decades before the Boston Globe finally forced some action. The people had already tuned out Rome on sexual issues because of the hierarchy's clear lack of internalized understanding of marriage, but the total loss of any semblance of moral judgment in deciding to protect pedophile priests instead of kids, and to fail to this day to be accountable, responsible, and transparent simply cemented the common judgment, voiced early by Greeley, that when it comes to anything sexually related - even criminal sexual behavior by priests - the hierarchy cannot be trusted.
Jannie Marie Co
9 years 2 months ago
To God be all the glory. May he rest in peace. Great article indeed!sports photo