Pope Benedict’s theological legacy: An Augustinian at heart who influenced the course of Vatican II and beyond 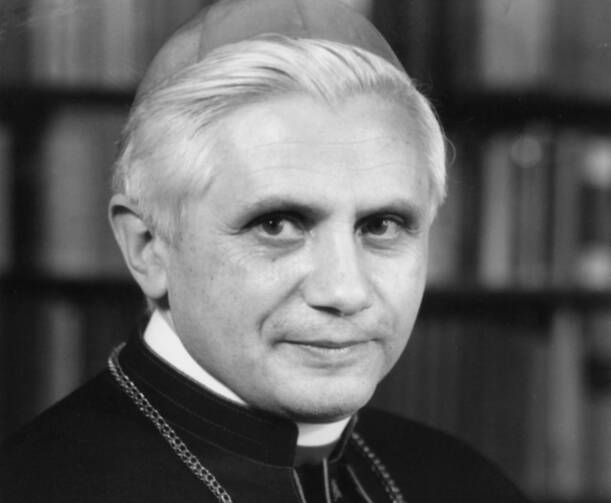 Then-Archbishop Joseph Ratzinger, who later became Pope Benedict XVI, is pictured in this file photo May 28, 1977, the day of his ordination as archbishop of Munich and Freising. (CNS photo/KNA)

Editor's note: Pope Benedict XVI died on Saturday morning, Dec. 31. Since it primarily addresses his theological writings prior to his election as pope, this reflection refers to Joseph Ratzinger rather than Pope Benedict XVI.

The late Cardinal Joachim Meisner, archbishop of Cologne, once described Joseph Ratzinger as the “Mozart of theology.” Others have suggested that Carl Maria von Weber or Anton Bruckner might be a better comparison. Both are emblematic of Austro-German romanticism.

Ratzinger was interested in the relationship between love and truth, affectivity as well as objectivity, the significance of history for personal formation, the historical character of revelation, and the role of beauty in evangelization. History, beauty and love and the relation of all three to the formation of the human person are core Romantic movement interests and, in the style of Bruckner, Ratzinger wove together his analyses of these relationships in strongly polyphonic essays using rich, harmonic language. He managed to bring to the fore these neglected elements in Catholic thought without jettisoning what had come to be regarded as the classical elements. In this sense Ratzinger was the theological analogue of a musical synthesis of Mozart and von Weber or Bruckner, if such a thing were possible. For those who wanted the romantic element without the classical he was considered a dangerous reactionary, and for those who wanted the classical without the romantic he was seen as a dangerous liberal.

Ratzinger was interested in the relationship between love and truth, the historical character of revelation and the role of beauty in evangelization.

The generations ahead will form their own judgments based on the volumes of his published works, which include over 60 books and magisterial documents spanning his quarter-century partnership with Pope John Paul II as prefect of the Congregation for the Doctrine of the Faith and his own almost-eight-year papacy. They will no doubt regard him as one of the six most significant Catholic theologians of the 20th century, along with Karl Rahner, S.J., Yves Congar, O.P., the Rev. Romano Guardini, Henri de Lubac, S.J., and the Rev. Hans Urs von Balthasar. The first two were fellow theological experts at the Second Vatican Council, with whom he had positive collaborations (though he later distanced himself from those aspects of Rahner’s anthropology that derived from elements in German idealist philosophy, and unlike Congar, resigned from the editorial board of the theological journal Concilium as it veered away from official magisterial teaching in the 1970s). The latter three were all, in different contexts, his intellectual heroes. De Lubac was also a fellow expert at the council. Ratzinger once wrote that it was impossible for him to say how much he owed to de Lubac and von Balthasar.

In searching for a short statement that might encapsulate the vast range of Ratzinger’s polyphonic contributions, I came across the following passage inMemory in Augustine’s Theological Anthropology (2012), by Paige E. Hochschild:

God moves the intellect and will through the knowledge that comes through the memory. The universal, for Augustine, can be perceived only through the particular. This must, therefore, happen through history, through the visible, sensible works of Christ, through the practice of the virtues, the love of one’s neighbor, the life of the church, its sacraments, and above all its scripture. From these experiences, a person has an intimation of what the happiness of the caelum caeli consists in.

One can easily substitute the name Ratzinger for Augustine in this passage and have a summary statement of Ratzinger’s theological vision. In his own words, Ratzinger was “a decided Augustinian,” and like Augustine, he believed that God could be perceived only in the particular. He wrote in Principles of Catholic Theology (1982):

Man finds his center of gravity, not inside, but outside himself. The place to which he is anchored is not, as it were, within himself, but without. This explains that remnant that remains always to be explained, the fragmentary character of all his efforts to comprehend the unity of history and being. Ultimately, the tension between ontology and history has its foundation in the tension within human nature itself, which must go out of itself in order to find itself; it has its foundation in the mystery of God, which is freedom and which, therefore, calls each individual by a name that is known to no other. Thus, the whole is communicated to him in the particular.

In the same work Ratzinger described the problem of “coming to an understanding of the mediation of history within the realm of ontology” as nothing less than the “fundamental crisis of our age.”

Post-Tridentine scholasticism had prided itself on its rejection of what was perceived to be a Protestant fixation on history. But in an intellectual landscape highly influenced by German Romanticism and the philosophy of Martin Heidegger, the Catholic engagement with history could not be left unattended without the church’s scholars losing all intellectual credibility. It was the Munich circle of scholars who were at the forefront of the engagement following the leads of the 19th-century Tübingen theologians and working on trajectories similar to those of John Henry Newman. It was within this milieu that the young Joseph Ratzinger came to the attention of Cardinal Josef Frings of Cologne who invited him to attend the Vatican II as his theological expert.

The document of the council that carries the strongest evidence of Ratzinger’s involvement is the “Dogmatic Constitution on Divine Revelation.” In this document the Suarezian account of revelation as something fundamentally propositional, “a clutch-purse of doctrines,” as it is sometimes described, was set aside in favor of a historical account that presents Christ himself as the revelation of God the Father to humanity. Following Romano Guardini, Ratzinger argued, “Revelation does not reveal something, nor does it reveal various kinds of things, but in the man Jesus, in the man who is God, we are able to understand the whole nature of man.” In Ratzinger’s best-selling work Introduction to Christianity (1968), which was translated into 17 languages, he explained the idea in these terms:

Christian belief is not merely concerned, as one might at first suspect from all the talk of belief or faith, with the eternal, which as the “entirely Other” would remain completely outside the human world and time; on the contrary, it is much more concerned with God in history, with God as man. By thus seeming to bridge the gulf between eternal and temporal, between visible and invisible, by making us meet God as a man, the eternal as the temporal, as one of us, it understands itself as revelation.

Given Ratzinger’s interest in the way God relates to the human person through individual moments in history, it is no surprise that two of his favorite theological topics were the theological virtues (faith, hope and love) and eucharistic theology. The theological virtues are central to the human person’s development and friendship with God; and it is through the reception of the sacraments, and in particular the Eucharist, that one grows in this friendship.

This friendship does not involve the absorption of the individual into God but rather to the transformation of difference into the higher union of love. The path to this higher union involves conversion and purification and as such takes the shape of the cross.

Included in his analysis of the theological virtues (which owes much to the work of Josef Pieper, the Thomist philosopher who fatefully introduced him to Cardinal Wojtyła) is an account of the way in which the virtues have undergone mutations within modern and postmodern culture. People still believe things, hope for things and love things, but in ways that are highly problematic. There is more faith in science than in Christ, more hope for material prosperity than for eternal life, and widespread confusion about how to relate eros with agape. There is also confusion about how to relate faith to reason. Here it is significant that when Ratzinger spoke of “reason” he did not mean the same thing as Immanuel Kant. His understanding of this relationship was Augustinian, not post-Kantian, and explains his aversion to some schools of preconciliar Thomism. Philosophy should not be the pure reason of Kant or René Descartes but should accept the contribution of divine revelation and thus partner with theology in seeking to analyze the fruits of revelation. This makes a significant difference to Christian epistemology.

It is sometimes said that the United States did not have a 19th century. The Romantic philosophy so pervasive in continental (especially German) thought in that century did not make the Atlantic crossing. Perhaps that is why it is still possible to find American Catholics who find it difficult to understand why anyone would say that the most serious theological crisis of the 20th century was coming to an understanding of the mediation of history in the realm of ontology. For those who do get the point that Catholic scholarship has little or no credibility without this and that the new evangelization depends upon the church’s scholars getting this right, the theological works of Joseph Ratzinger will continue to offer insights into fragments of the problem.

Joseph Ratzinger’s life was one long heroic intellectual performance, engaging his whole heart—a theo-drama with all the pathos of a Bayreuth festival. In Ratzinger’s case, however, Bavarian Catholic piety triumphed over whatever it is in the German spirit that remains nostalgic for pagan heroics. 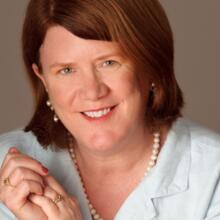