Jan. 6, election lies and doomsday politics: How Catholics can lead in the fight to protect democracy 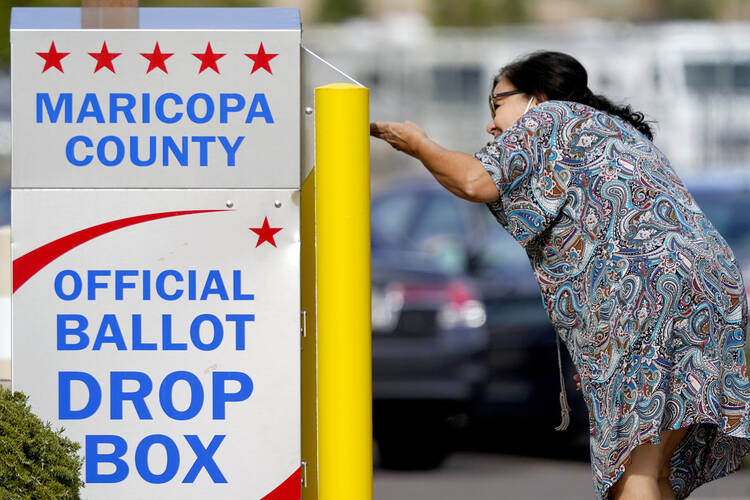 This year’s midterm election brought the typical drama of closely fought races, and I spent an unhealthy amount of time staring at late-night vote counts. But in addition to tracking the best-known candidates, there was a more important result I was waiting for. Democracy itself was on the ballot.

The violent insurrection at the U.S. Capitol on Jan. 6, 2021, shattered any illusion that the United States is immune from the rise in anti-democracy movements around the world. It was inspired by former President Donald Trump’s refusal to accept the results of a fair election, and the “big lie” that the election was fraudulent was echoed by some Catholic political activists, bishops and clergy. It also motivated a number of Republican candidates running for office in 2022.

An analysis in The Washington Post last October found that a majority of Republican candidates for the House, Senate and key statewide offices in 2022 denied or questioned the results of the last presidential election. Mr. Trump, who announced his presidential bid last month and has consistently defended the rioters at the Capitol, campaigned for candidates in Michigan running for governor, attorney general and secretary of state who all denied Joe Biden’s victory. “I don’t believe we will ever have a fair election again,” the former president told the crowd during a midterm rally.

The best news from the midterm election is that election deniers who undermine our democracy by spreading lies and conspiracy theories had a bad showing.

The doomsday prediction failed to resonate with voters who rejected anti-democracy candidates. Whether you’re a Republican, Democrat or independent, the best news from the midterm election is that election deniers who undermine our democracy by spreading lies and conspiracy theories had a bad showing.

In Arizona, Michigan, Wisconsin and Pennsylvania, voters rejected candidates for governor who questioned the legitimacy of the presidential election. In addition, U.S. Senate candidates in Arizona, Nevada and New Hampshire who questioned President Biden’s victory all lost. (J.D. Vance, who denied the results of the 2020 election, did win his Senate race in Ohio.) Arizona voters also rejected efforts to restrict voter access through strict voter ID requirements. And Michigan made voting easier by enshrining several voter access policies in their state constitution.

While these results should be celebrated, the structural barriers to full voter access remain significant. Since the beginning of last year, lawmakers have passed at least 42 restrictive voting laws in 21 states, according to The Brennan Center for Justice at New York University School of Law. These new laws make it harder to vote by mail, expand proof of citizenship requirements, impose new photo ID requirements and make it more difficult for individuals without traditional addresses to register to vote. All of these laws disproportionately impact voters of color.

The structural barriers to full voter access remain significant. Since the beginning of last year, lawmakers have passed at least 42 restrictive voting laws in 21 states.

The judiciary has also been a contentious venue for battles over voting rights. In 2013, the U.S. Supreme Court dismantled a key provision of the Voting Rights Act of 1965, a law enacted to ensure that state and local governments do not create laws or policies that deny citizens the equal right to vote regardless of race. In February, a divided Supreme Court temporarily blocked a ruling by a district court in Alabama that found the state’s new congressional map likely violates the Voting Rights Act. Oral arguments in Merrill v. Milligan were heard in October, and it appears the conservative majority on the court seems poised to uphold the state’s redistricting plan adopted by the Republican state legislature.

The Supreme Court is also currently considering a case that could grant state legislatures unlimited authority in administering federal elections, and even in selecting Electoral College delegations, without oversight or review by state courts. Former Attorney General Eric Holder has said that the case could pose “an existential threat to our democracy.”

Catholics have an important role to play in building a movement to protect democracy and voting rights. Catholics can disagree about many things in politics, but we should all recognize that refusals to accept the results of fair elections, increasing threats of political violence, the rise in conspiracy theories that undermine trust in democratic institutions, and systematic barriers to voting are all attacks on human dignity and the common good.

Cardinal Robert McElroy of San Diego told me in an email interview that bishops and all Catholics have a responsibility to speak out with more urgency.

“We have just come through a two-year period in which the most fundamental elements of our national democracy—the peaceful acceptance of election outcomes, boundaries for attacks upon the democratic institutions of our society, the safety of public officials and their families, and the search for essential truth and civility in our public dialogue—have been widely abandoned,” the cardinal said.

“We are witnessing a time in which the unthinkable has become real and, worse, justified, symbolized in insurrection and the invasion of the Capitol by a mob seeking to kill the vice president and the speaker of the House. This new anti-democratic culture must be vigorously and continually identified and rejected. But this will only happen if the major social and spiritual elements in our society speak clearly about the crisis we are facing and the need for a moral regeneration of our political institutions.”

Cardinal Robert McElroy: “This new anti-democratic culture must be vigorously and continually identified and rejected.”

The Catholic community, Cardinal McElroy emphasized, has “a broad and deep theological tradition that can enrich that regeneration, and any effort by the bishops of the United States to speak to the demands of Catholic social teaching in the present day must give wide scope and great depth to remedying the cancer that corrodes our democracy. Witnessing to this reality is the very core of faithful citizenship, not only for the bishops, but for the consciences of every Catholic in our nation.”

I asked Bishop John Stowe of Lexington, Ky., why so many Catholic leaders in the United States seem reluctant to prioritize these issues.

“As much as I hesitate to state it, I think the silence on the part of bishops and church leaders about voting rights and the protection of democracy is directly linked to the uncritical preference for the Republican candidates because of the single focus on abortion,” Bishop Stowe said. “Of course, historically the church had been slow to embrace democracy, but since at least Vatican II, [it] has seen how the church can flourish in a pluralistic and democratic society.”

Lay Catholics have many reasons to be exhausted by politics. And yet we can’t allow weariness to become the despair that stops us from being active citizens.

Bishop Stowe also pointed to what he called the “close connection” between “the rise of Christian nationalism, a.k.a. white supremacy,” and anti-democratic forces as a challenge church leaders must address with greater clarity. The Rev. Bryan Massingale, a professor of Christian ethics at Fordham University, noted that current expressions of racism and Christian nationalism have a long lineage. “As a Black Catholic and an American,” Father Massingale said, “I believe we dishonor the legacy of courageous activists and faith leaders who were beaten and often killed fighting for the sacred right to vote when we fail to challenge those undermining our democracy today.”

Faith in Public Life, where I’m the Catholic program director, released a statement in September from leaders of national Catholic social justice organizations, scholars at Catholic colleges and presidents of Catholic universities who warned: “Catholics must not be silent in the face of growing threats to voters, fair elections and democratic principles. Powerful institutions and political leaders are working to rig the system and erect racially discriminatory obstacles to voting and full participation in American life.”

It’s clear from the midterm results that voters are becoming more vigilant about these threats. But democracy isn’t only about Election Day.

Lay Catholics have many reasons to be exhausted by politics, including the politicization of our church that reflects broader divides in society. And yet we can’t allow weariness to become the despair that stops us from being active citizens. “Lumen Gentium”and other seminal documents from the Second Vatican Council highlight the special responsibility of the laity in applying our faith to the arena of public policy and public life. If you’re active in a parish, encourage the social justice committee to help educate parishioners about voting rights and the long history of voter disenfranchisement. Ask your pastors and bishops to speak out in support of democracy protection legislation (including the Electoral Count Act, which aims to close loopholes in the formal Electoral College vote-counting process and could be passed by Congress by the end of the year). Volunteer for voter registration drives or sign up to become a poll worker on election days. None of these activities are partisan. In fact, you can reach out to a friend, neighbor, family member or fellow parishioner who votes differently from you and suggest doing these activities together.

The work of protecting democracy and putting the common good at the center of our political life is a task for all of us. Building a thriving multiracial, multifaith democracy requires us to make connections with those who think differently, create spaces of encounter that transcend our partisan loyalties and reknit communitarian threads that are undone by a culture of radical individualism. As Catholics, let’s start showing that we can be leaders in this movement. The results may prove to be more important than any election.

[Related: ‘We are increasingly alarmed by the signs of the times’: Catholic leaders urge lawmakers to protect voting rights.] 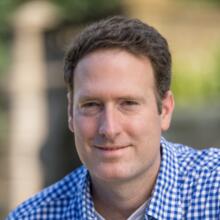 John Gehring is the Catholic program director at Faith in Public Life Action and the author of The Francis Effect: A Radical Pope’s Challenge to the American Catholic Church.

@gehringdc
Show Comments ()
Join the conversation: Login or create an account
Before you can comment, you need to update your profile to include your first and last name, as required in our comments policy. Then reload this page and you'll be set up for commenting. Update your profile