American corporations will pay for abortions, but not for parental leave. 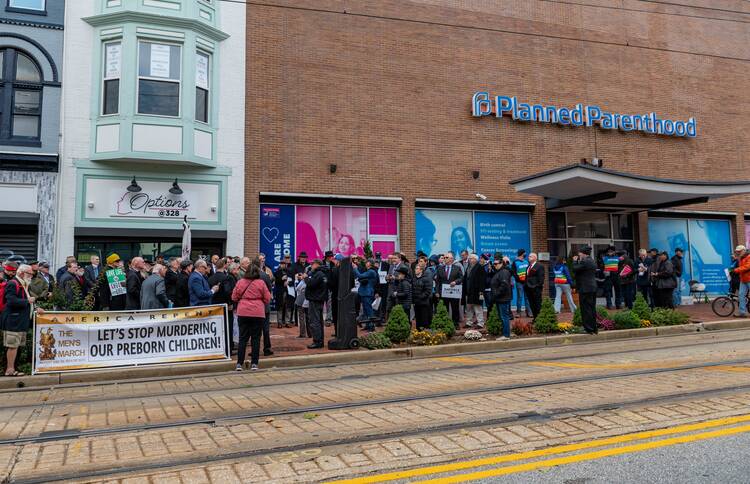 Major companies are now expanding benefits to include travel to Planned Parenthood and other abortion clinics (such as this facility in Baltimore) but have been slower to expand paid parental leave. (CNS photo/Kevin J. Parks, Catholic Review)

As progressive activists, we are generally happy to see companies add employee benefits in a country that ranks the worst among developed economies for workers’ rights. But we cannot be happy about the newest offering in the meager smorgasbord of U.S. employee benefits: company-supported abortion.

At least 64 major U.S. corporations, including most recently Walmart, are now expanding their benefits to include either more abortion coverage or travel benefits to access abortion.

At least 64 major U.S. corporations, including most recently Walmart, are now expanding their benefits to include either more abortion coverage or travel benefits to access abortion.

Dick’s Sporting Goods, for example, is offering up to $4,000 to help cover airplane fares, hotel expenses, bus tickets and other travel costs associated with procuring an abortion.

Generous, right? These days, one can easily find a $300 round-trip flight from Texas to New York, leaving you ample cash to spend on accommodation and food. Dick’s really, really wants you to exercise your right to an abortion.

Sadly, Dick’s is not so generous if you want to exercise your right to be a parent. If you choose to give birth, the company, which made a profit of $2.4 billion last year, offers paid maternity leave that is only eight weeks—less than half of the 18 weeks recommended by the International Labour Organization.

It is not too hard to do the math here. A first-trimester, out-of-state abortion typically costs $560, plus the cost of travel and several nights in a hotel. On the other hand, 18 weeks of paid maternity leave would cost Dick’s at least $6,840 for a worker on their minimum wage. Add to this the costs of lactation breaks, federally mandated accommodations such as secure bathroom stalls, and the long-term productivity costs of raising a child. Companies will never admit it, but the truth is that abortion is a good business decision. Providing parental benefits in line with the international standard for developed nations is not.

Companies will never admit it, but the truth is that abortion is a good business decision. Providing parental benefits in line with the international standard for developed nations is not.

In fact, we researched 20 companies chosen at random from the list of those offering expanded abortion coverage or travel benefits; only eight of them paid maternity leave in line with the I.L.O.’s international recommendation of 18 weeks.

Granted, the I.L.O.’s standard seems like a generous one, but only because we are conditioned to think in the United States that profit comes before people. The way we see it, companies that can afford to shell out thousands of dollars in abortion travel benefits can also afford to provide meaningful benefits to parents, at least in the absence of government-funded paid leave. While some companies, such as Walmart, do also offer to cover fertility treatments, the overall package of support for working parents is lacking compared with international norms.

We acknowledge it can be difficult to get employee benefits right, but we must also note that proud announcements about benefits in one area sometimes seem to occur at the same time as less publicized actions that undermine workers’ rights. In May, Amazon announced a new abortion travel benefit; the following month, the company held 25 mandatory anti-union meetings in the lead-up to the vote by warehouse workers on Staten Island that resulted in their joining the Amazon Labor Union. That company’s anti-union bias is accompanied by a general lack of regard for the needs of parents. Amazon’s executive chairman, Jeff Bezos, was memorably confronted in 2019 by an angry group of self-styled “Momazonians” disappointed at the company’s poor culture of support for working parents and lack of day care support.

Other companies have recently cut back on benefits for new parents even as they fund support for abortion. Disney-owned Hulu, for example, recently slashed its paid parental leave from 20 weeks to eight weeks, even as Disney has expanded travel benefits for “family planning” in the wake of the Dobbs decision.

As progressive anti-abortionists, we believe that labor justice is preborn justice. We work to build a world where major corporations will feel the same pressure to protect unborn children from mass violence as they do today to support Black Lives Matter and the right of L.G.B.T.Q. people to simply be visible.

For now, though, companies should at the minimum adhere to a less exacting standard: Either pay for abortions and support your parenting employees, or stop paying for abortions at all.

Companies that can’t bring themselves to do both should be named and shamed. Women, people who can become pregnant and their children deserve better. 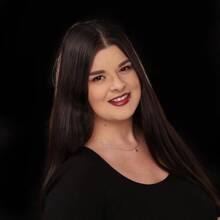 Terrisa Bukovinac is the president and founder of Progressive Anti-Abortion Uprising. 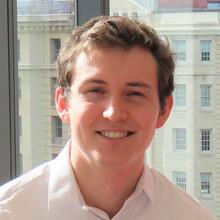 Xavier Bisits is the secretary of Progressive Anti-Abortion Uprising and a former vice president of Democrats for Life of America.

@XavierBisits
Show Comments ()
Join the conversation: Login or create an account
Before you can comment, you need to update your profile to include your first and last name, as required in our comments policy. Then reload this page and you'll be set up for commenting. Update your profile