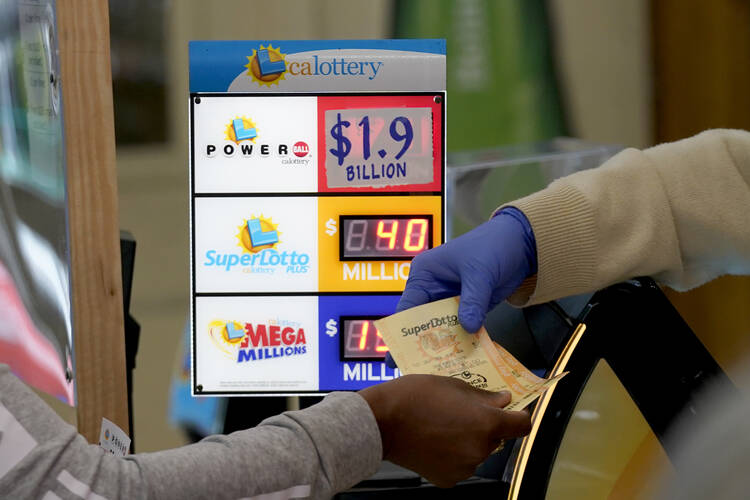 I have a confession to make: I’ve been pretty excited about Powerball.

I know there are lots of reasons I shouldn’t be. The chances of winning were ridiculously low,1 in 292.2 million. According to the Centers for Disease Control and Prevention, you are more than 292 times more likely to be struck by lightning. (Speaking of which, why is it that our point of comparison for describing the odds of something happening is always how likely you are to find yourself electrocuted in a ridiculously cartoonish way? Why can’t it be something positive, like the odds of having quadruplets (one in 700,000) or just unusual, like the odds of having a third thumb (which, believe it or not, is one in 1,000)?)

Lotteries also tend to disproportionately attract people on lower incomes, who no doubt see in the lottery a chance to change their circumstances. And they come in so many different kinds, from the once-in-a-lifetime $2+ billion Powerball to the play-as-many-as-you-want scratch-offs, each of them costing so little, it seems like a no-brainer to try them. But a weekly $2 lotto ticket is not nothing when you’re living on a couple hundred dollars a month; in fact, it can be an awful lot.

It’s true, I had no guarantee that I was going to win (though I was pretty sure). But at the end of the day, I knew that someone was going to, maybe a lot of someones.

As much as states like to say that their lotteries serve an important social purpose like paying for education in the state or supporting elder care, as Kathryn Schulz points out inher recent New Yorker review of a new history of lotteries, those claims are a massive exaggeration, mostly “ginned up” to convince voters to legalize gambling. The California State Lottery trumpets that it has generated $39 billion for the state’s public schools since it began in 1985. That sounds like a lot until you do the math on what that means per year and compare it to the actual costs of education. Last year’s earnings constituted just 1 percent of the state’s education budget. In other states, legislatures use lottery funds as justification for cutting appropriations for schools.

I know that all of this is true, and still Powerball has had me excited. Sure, part of it was that I thought that I could win this thing. (Forgive me, Father, but yes, I bought a Powerball ticket.) In fact, somehow the higher the pot went, the more likely I thought I might win—which makes absolutely no sense.

But I also think my excitement has had something to do with what Powerball represents. Look at the news and what do we mostly see: a litany of things that are terrible or seem likely to become more terrible. We try to live in hope, but whether it’s the government, the church or human society, there just doesn’t seem that much you can count on right now to deliver. I cannot even be sure of the next Marvel movie any more (although I do have my fingers crossed for this weekend’s “Black Panther: Wakanda Forever”).

It’s true, I had no guarantee that I was going to win (though I was pretty sure). But at the end of the day, I knew that someone was going to, maybe a lot of someones. No matter how bad things might be in other aspects of reality, in this one arena something really good was definitely going to happen. Not everything ends in disaster.

Anticipation changes the way we look upon the world. It diminishes our sense of burden and heightens our sense of what is possible.

As everyone who loves Advent can attest, there is something kind of wonderful about being in a time of expectation. When you are a kid, Christmas morning is great, but you know what’s often better? The night before, when you are sitting under the tree surrounded by colorful sparkling lights and trying to imagine what is inside that strange-shaped box.

Anticipation changes the way we look upon the world. It diminishes our sense of burden and heightens our sense of what is possible. It makes the world seem a little more like we knew it to be as a child, a place of surprise and wonder. And at the same time there is so little actually on the line, the disappointment I felt when I lost didn’t undermine the experience. Rather than feeling foolish for having bought a lottery ticket, I feel like I came close to greatness.

And that I was a part of something with so many others. There was a line at the tiny newsstand down the block from my house to get lottery tickets yesterday. At work today, people were talking about it, and lots of my friends were over the weekend, too. It has been a genuine communal event.

Everywhere we go we hear about the divisions among us; some media outlets accentuate those divisions to get more clicks and eyeballs. Those divisions are real; on a day like Election Day, they seem emphatically so. But of all things, this big ridiculous lottery reminds me that those divides don’t represent the whole of who we are or what we are capable of. Even in this era of at times intense conflict, we can still delight in expectation together. And when somebody wins, we can delight in that together as well. What a ride we all went on. What fun that was. I look forward to when we can all do it again.