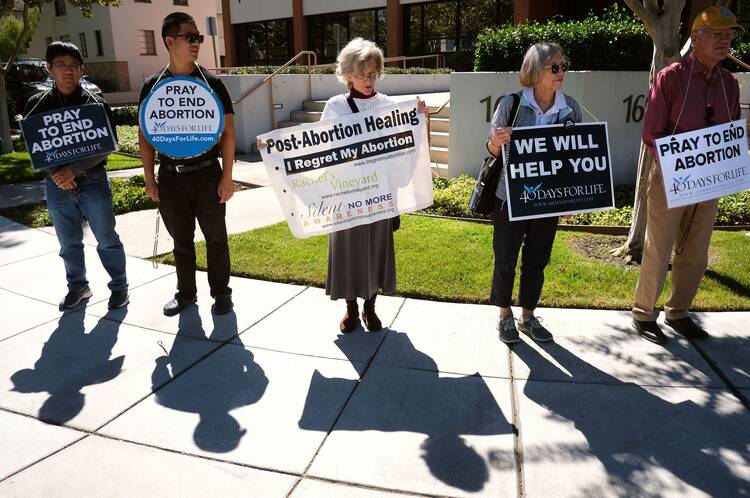 People in San Jose, Calif., participate in a recitation of the rosary outside a Planned Parenthood facility on Sept. 28, 2022. The gathering was held on the first day of the 40 Days For Life nationwide campaign, which called for peaceful protests for 40 days outside abortion facilities. (CNS photo/David Maung)

As Americans prepare to cast their ballots this Election Day, Californians have a consequential vote to consider: Proposition 1. “Prop. 1” is extreme and would remove all restrictions on abortion in California, enshrining access to late-term abortion up until the moment of birth, even if both mother and child are healthy. And it would all be paid for by California tax dollars.

We know from one recent poll that only 14 percent of California voters believe abortion should be legal up to the moment of birth. Yet this is what Prop. 1 politicians in California have dubbed their vision for an “abortion sanctuary” in the state. We, as Catholics, need to redeem what a true sanctuary means—a safe place where every life is cherished and protected. Prop. 1 not only destroys unborn life; it does absolutely nothing to protect the lives of California’s most vulnerable residents.

Prop. 1 is unnecessary. California already has some of the most permissive abortion laws in the country. If Prop. 1 is defeated, those laws will remain in place. A Prop. 1 win opens the door to abortion at a level that far surpasses what Roe allowed. It would mean some of the most permissive abortion policies in the world. Further, we know other states are looking to California to see how they will proceed with their own abortion policies.

A Prop. 1 win opens the door to abortion at a level that far surpasses what Roe allowed. It would mean some of the most permissive abortion policies in the world.

The California Legislature is prioritizing abortion over all other social safety net concerns, including for those women who want to keep their pregnancies. Our state budget allocated $20 million to provide for travel, missed wages, child care and even doula care for women from other states seeking abortions but Gov. Gavin Newsom vetoed the very same care for low-income California residents who maintain their pregnancies. There is no equity or even a push for parity in medical coverage for pregnant women and mothers.

Catholic leaders throughout the country are pushing back against this extreme abortion expansion. We are joining people from a great diversity of backgrounds and outlooks to pave a new way forward in our post-Dobbs world. The late-term abortion expansion of Prop. 1 is not what Californians or Americans want for our future. Instead, we call upon all people of good will to join us in finding common ground. We seek to create a world that cherishes every human life and identifies real solutions to the obstacles women face during pregnancy—so no woman feels her only choice is abortion.

The California Legislature is prioritizing abortion over all other social safety net concerns, including for those women who want to keep their pregnancies.

The bishops of California have proven our commitment to supporting women, children and families. Through our political advocacy efforts, California has increased paid family leave, provided assistance for pregnant homeless and incarcerated women, and created better policies that unite children in foster care with loving families.

In addition, this year we launched We Were Born Ready, a campaign equipping individual Catholics with the ability to connect women, children and families in need with life-affirming service providers in every part of our great state.

We hear every day from the people we serve that families are struggling in California. Often, those at greatest risk, in our immigrant communities or in Black and Latino families, are the most opposed to abortion. When they look for help raising their families, they are only offered abortion.

Our state budget includes hundreds of millions of dollars for expanding abortion access while ignoring very real problems that currently plague it. The California legislature has budgeted $200 million to fund and expand abortion, including the $20 million mentioned above to go toward abortions for women from other states. To put that larger number into perspective—those are funds that could otherwise have paid for full prenatal care for 110,000 California women. They could have paid for labor and delivery costs for 28,000 new California mothers, or for a full year of rent for 12,000 California families.

We need to do better. California’s political leadership has made it clear that the state’s priority is to make it easy to end a pregnancy, but hard and expensive to keep one. Women, children and families deserve better. 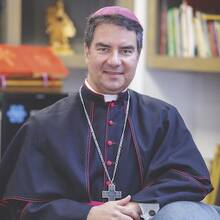 The Most Rev. Oscar Cantú is the bishop of San Jose and the president of the California Catholic Conference. 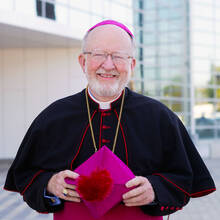 The Most Rev. Kevin Vann is the bishop of Orange and the vice president of the California Catholic Conference. 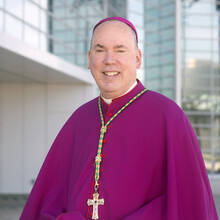 The Most Rev. Timothy Freyer is the auxiliary bishop of Orange and the secretary/treasurer of the California Catholic Conference.