Can true crime podcasts right the wrongs of the criminal justice system? 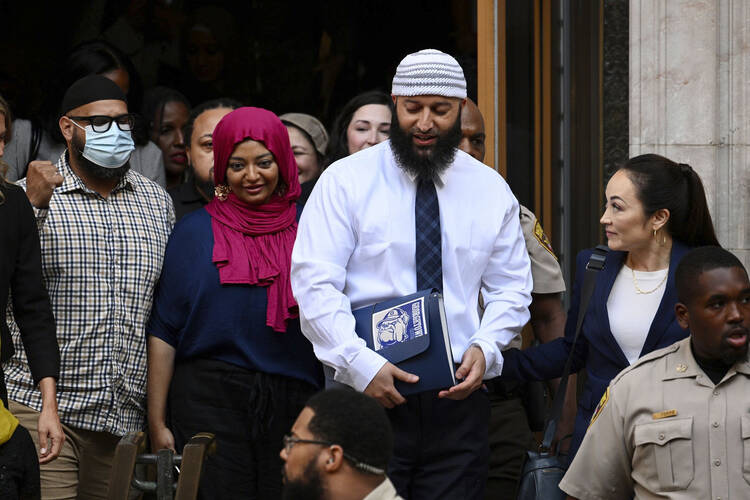 There is a moment in the fifth episode of the highly successful NPR podcast “Serial” during which the host Sarah Koenig, who has been following the route that 18-year-old Hae Min Lee supposedly took on the day of her murder, arrives at the Baltimore Best Buy where Ms. Lee was supposedly killed by her 17-year-old ex-boyfriend, Adnan Syed. Ms. Koenig is trying to evaluate whether Mr. Syed could have killed Ms. Lee in the very short window of time that fits the coroner’s report. “Manual strangulation takes a few minutes,” Ms. Koenig says, as matter-of-factly as if she were explaining a particularity of wheat farming.

She and her producer Dana Chivvis head to the pay phone around the corner where Mr. Syed was supposedly seen by his friend Jay, who will tell police that Mr. Syed then showed him Ms. Lee’s body in the trunk of her car. And Ms. Koenig stops to share a weird discovery: There is no proof that there was ever a pay phone in that location. Ms. Koenig exhausts every possible angle to establish it existed—she talks to Best Buy employees, the landlord, the Maryland Public Service Commission, Verizon; she checks out the original blueprints for the store, a photo of the store taken a few years after Ms. Lee’s murder. Nothing.

When it comes to the systemic issues that these true crime series confront, do they actually make a difference?

The moment captures what made that first season of “Serial” an international sensation. As it combed through the evidence in the case against Mr. Syed and pursued every lead, it discovered mysteries in the most unlikely of places. Were they significant? It was often impossible to say. And as the podcast went on it became as much about the ambiguity of it all, the fog that no amount of effort could seem to clear. “I feel like shaking everyone by the shoulders,” Ms. Koenig tells us in the finale. “Don’t tell me Adnan’s a nice guy. Don’t tell me Jay was scared. Don’t tell me who might have made some five second phone call. Just tell me the facts, ma’am.”

On Monday, some eight years after the podcast aired, the fog cleared, at least a little.Mr. Syed was released from prison and his conviction for the 1999 death of Ms. Lee was vacated by the state’s attorney. Surprisingly, “Serial” seems to have little to do with the actual reason for his release. His lawyers spent the last eight years trying unsuccessfully to get him a new trial. Then in 2021 Maryland passed the Juvenile Restoration Act, which gave anyone who had spent 20 years or more in prison after being convicted as a minor the chance to petition for a sentence reduction. In investigating Mr. Syed’s petition, the state uncovered evidence that pointed to two other potential suspects to the murder of Ms. Lee, none of which had been shared with the defense.In her new episode about Syed’s release, Ms. Koenig—who now does “Serial” for The New York Times—tells us she knows who these suspects are, but demurs from identifying them, as neither has been charged with anything yet.

There is no doubt that the attention that “Serial” brought to the case helped Mr. Syed, though as the podcast went on Koenig also laid out important questions about his potential culpability. And the “Serial” team told an incredibly compelling story. Ms. Koenig’s writing has the crispness and eye of Truman Capote and the soul of Mary Oliver. And on air she comes across with the warmth and informality of a mom in the school car pool. She’s centered in the story as our trusty guide and emotional stand-in, doing the things we would want to, getting frustrated, confused or overwhelmed at precisely the moments we do. There’s a sense of this all happening effortlessly in real time, which of course belies the amount of craft (and editing) happening behind the scenes. Even though the series ended with no immediate results, the story had been told so well, it was hard not to feel like something had been achieved.

In other words, our criminal justice system is a mess, and nothing seems to be getting done about it.

But when it comes to the systemic issues that these true crime series confront, the deep flaws in the criminal justice system they reveal, do they actually make a difference? “I don’t think we have any good empirical evidence as to their impact,” says John Pfaff, professor of law at Fordham University. The problem with such podcasts, he argues, is their subject matter. “They tend to focus on the most exceptional parts of the system and therefore kind of the most spectacular, but because of that often the rarest kind of breakdowns.” Homicides make up roughly one percent of all reported crimes, Dr. Pfaff points out. “They are the worst crime that there is.” But they are not where the real issues in the criminal justice system lie.“

Take misdemeanors, he suggests. “We believe there are something on the order of 13 million misdemeanor [cases per year]. And 70 percent of those cases are going to be dismissed in the end.” That sounds like a good thing, the system working. But those cases may take 6 or 7 months; and in the process, Dr. Pfaff explains, “You’ll have an open record hanging over your head in which you can’t get a job, it’s hard to get an apartment, it’s hard to get a loan.”

“The harms are invisible, grinding around behind the scenes,” Dr. Pfaff says. “But the cumulative harms that start at the routine low-level stuff is much vaster.”

Pfaff also points to the millions who are in prison, on parole or probation, people “who are factually guilty, given how broad and expansive our criminal codes are written, but probably shouldn’t be wrapped up in the system. That’s a much harder story to tell than that of the wrongfully convicted.”

Mr. Syed’s case “contains just about every chronic problem our system can cough up.”

The one podcast that Dr. Pfaff finds has been successful at considering some of these more deeply embedded and pervasive issues is actually the third season of “Serial,” which saw Ms. Koenig and her team spend a year in the courtrooms of Cuyahoga County, Ohio, following ordinary cases. “I thought it did a great job,” Dr. Pfaff says. “You see much more the grindingness of the criminal justice system and the harms that come from that.”

But he also acknowledges that on its own, following crimes in a county court might have been a pretty hard sell for audiences: “If that had been season one would it have taken off? I’m not sure.”

Ms. Koenig finished her update episode by pointing out that Mr. Syed’s case “contains just about every chronic problem our system can cough up.” Also, everything in the Baltimore City state’s attorney’s petition to vacate his conviction was known in 1999.

“And so even on a day when the government publicly recognizes its own mistakes,” says Ms. Koenig, “it’s hard to feel cheered about a triumph of fairness. Because we’ve built a system that takes more than 20 years to self-correct. And that’s just this one case.”

In other words, our criminal justice system is a mess, and nothing seems to be getting done about it. Even the case of Mr. Syed is not yet over; prosecutors have 30 days to decide whether to retry him. And if they decide he should not be prosecuted again, where does that leave the family of Hae Min Lee? Who killed Hae Min Lee?

Still, as Ms. Koenig concludes yet another thoughtfully written report and the “Serial” theme music rises to take us out, it’s easy to think the story is now over.