Does providing PrEP, a drug that prevents H.I.V., clash with Christian beliefs? An overview of church teaching 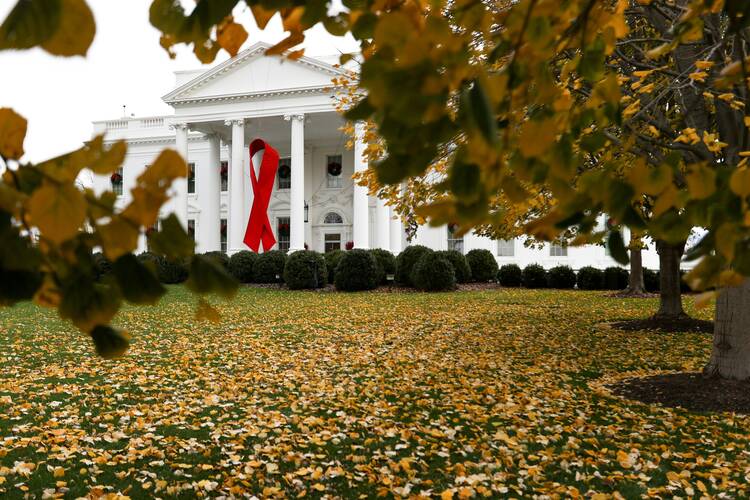 Could providing access to a drug that prevents H.I.V. infection clash with one’s Christian beliefs?

A federal judge in Texas seemed to think so, ruling on Sept. 7 that a provision of the Affordable Care Act requiring employers to provide insurance that covers H.I.V.-prevention medications known as PrEP violated the religious liberty of the plaintiffs.

Leading Catholic medical ethicists, some of them with ties to the Vatican, disagree and even contend that providing access to these drugs for at-risk patients is a moral obligation.

In the complaint filed on behalf of Steven Hotze, a conservative activist who has sued the government multiple times, lawyers argued that paying for insurance coverage that includes no-cost anti-H.I.V. drugs violates his religious liberty, “because these drugs facilitate or encourage homosexual behavior, which is contrary to Dr. Hotze’s sincere religious beliefs.”

While Dr. Hotze argued that paying for insurance that includes coverage for PrEP violates his Christian beliefs, Catholics may have a more difficult time making similar claims.

“Prevention of a disease applies to all people who are at risk, not just those whose behavior is considered morally illicit.”

The church has no official teaching on the ethics or morality of PrEP, which has been available in the United States since 2012, currently branded as Truvada, Descovy and Apretude. But interviews with several Catholic ethicists, including two affiliated with the Pontifical Academy for Life, suggest that providing access to potentially life-saving medication is morally good and in line with church teaching on human dignity. They told America that helping an individual protect his or her health, especially against a virus that is still responsible for the deaths of hundreds of thousands of people each year, constitutes a moral good.

“Prevention of a disease applies to all people who are at risk, not just those whose behavior is considered morally illicit,” Antonio Spagnolo, the director of the Institute for Bioethics at Rome’s Catholic University of the Sacred Heart and a member of the Pontifical Academy for Life, wrote in an email to America. “The fact that a Catholic doctor knows that his patient may be engaging in morally illicit behavior does not change his duty to prevent contagion and to offer the means to protect himself.”

According to the Centers for Disease Control and Prevention, when used correctly, PrEP, which is available as a pill and an injection, “reduces the risk of getting H.I.V. from sex by about 99%.” The agency estimates that there were about 1.5 million new cases of H.I.V. diagnosed worldwide in 2020, including more than 30,000 new cases in the United States. Most new cases of H.I.V. in the United States are among men who have sex with men, though nearly 20 percent of new cases are among women.

“The fact that a Catholic doctor knows that his patient may be engaging in morally illicit behavior does not change his duty to prevent contagion and to offer the means to protect himself.”

Nathaniel Blanton Hibner, the director of ethics for the Catholic Health Association, told America that when it comes to determining the morality of certain medical practices, ethicists do not judge the behaviors of a patient but instead focus on interventions that could provide healing, relief or protection.

“I don’t know of any specific teaching that would prohibit a Catholic from prescribing, administering or taking PrEP,” Dr. Hibner said. “There’s nothing inherently wrong with that medication. Its intention is to alleviate and prevent the spread of very dangerous illness for most people in the world.”

One helpful way to think through the ethics of prescribing PrEP, he said, is by considering other medical interventions aimed at reducing harm, even if they are associated with behaviors the church might not condone, such as IV drug use.

In the early years of the crisis, in the 1980s and 1990s, many Catholic ministries and health care facilities served people with H.I.V. and AIDS.

“We’re big promoters of Narcan, the drug that helps to prevent overdoses, or overturn overdose, by opioid drugs,” Dr. Hibner said. “We’re not, obviously, trying to promote opioid addiction, but we’re trying to reduce the harm of unfortunate situations.”

The Catholic Church has a long, and sometimes fraught, history when it comes to fighting H.I.V.

In the early years of the crisis, in the 1980s and 1990s, many Catholic ministries and health care facilities served people with H.I.V. and AIDS. But, despite public health guidance that promoted the use of condoms as an effective tool in slowing the spread of H.I.V., church leaders said that they were not morally acceptable.

That remains church teaching today, though in 2010, Pope Benedict XVI said in an interview that condoms used to prevent the spread of H.I.V. could be considered morally licit in some situations. The now-retired pope offered an example of a male prostitute who knows he is infected with H.I.V. In that instance, he said, using a condom might be considered “a first step in the direction of a moralization, a first assumption of responsibility, on the way toward recovering an awareness that not everything is allowed and that one cannot do whatever one wants.”

The statement argued that prescribing PrEP is morally licit only when a partner in a heterosexual marriage is infected with H.I.V.

More recently, Pope Francis deflected a question about the morality of using condoms to fight the spread of H.I.V. Speaking to reporters in 2015, Francis acknowledged that condoms were “one method” to prevent infection, but he said that people should be focused on other issues such as social justice, environmental protection and access to water, food and housing.

While a range of Catholic medical ethicists interviewed for this article found no church teaching that would support withholding PrEP from patients, the Catholic Medical Association, a U.S.-based membership organization of Catholic health care workers, released a policy statement last year about the drugs.

The statement said that “Catholic clinicians should never formally cooperate with unchaste activity in any patient entrusted to their care.” The statement argued that prescribing PrEP is morally licit only when a partner in a heterosexual marriage is infected with H.I.V.

But Dr. McQueen said potential scandal is not a valid reason for refusing medical interventions that could protect an individual’s health.

The Catholic Medical Association declined to make any representative from the organization available for a phone interview. But in a written statement to America, Marie T. Hilliard, the co-chair of the organization’s ethics committee, said that the policy “in no way involves discrimination.”

“Just as the CMA holds that a physician has not only the right, but the moral duty not to prescribe for contraceptive purposes oral contraceptives because they violate the sacred purposes of the conjugal act, so too do those same reasons exist for refusing to prescribe PrEP for activities outside of heterosexual marriage,” Dr. Hilliard wrote.

Moira McQueen, the executive director of the Canadian Catholic Bioethics Institute, told America that it is “reasonable” for Catholic health care institutions or individual health care workers to consider the possibility of scandal in instances where there are “clear moral teachings” around certain procedures or drugs, such as abortion or contraception. But she said potential scandal is not a valid reason for refusing medical interventions that could protect an individual’s health, including drugs that could prevent H.I.V. infection.

“It’s wrong to not prevent something that you know is preventable.”

“It’s wrong to not prevent something that you know is preventable,” Dr. McQueen said.

Another Catholic ethicist, M. Therese Lysaught, a professor at the Neiswanger Institute for Bioethics and Health Policy at Loyola University Chicago, said that prescribing or paying for PrEP is too remote from any potential morally illicit act to be considered morally unacceptable by Catholic standards. In fact, helping at-risk patients access the drugs could be considered a moral good.

“Prescribing PreP, or paying for it via our insurance premiums, is primarily an act of preventing a serious, horrible and often fatal illness,” Dr. Lysaught told America.

Dr. Lysaught, a member of the Pontifical Academy for Life, said that refusing to prescribe an effective drug like PrEP because of the possibility that the patient would engage in acts considered immoral by the church would constitute “an enormous shift within the Catholic and secular medical traditions.” Rather than examining the treatment, that kind of argument instead judges the moral choices of a patient, she said.

“It entirely ignores the fundamental purpose of medicine, which is to care for patients—to help them prevent illness, to promote their health, to cure illness,” said Dr. Lysaught. “To privilege one’s own moral purity over the health and well-being of another person has no warrant in the Christian tradition and is the epitome of solipsistic vice.”