Reagan taught us how to reduce inflation. Biden can’t afford to wait any longer to learn from him. 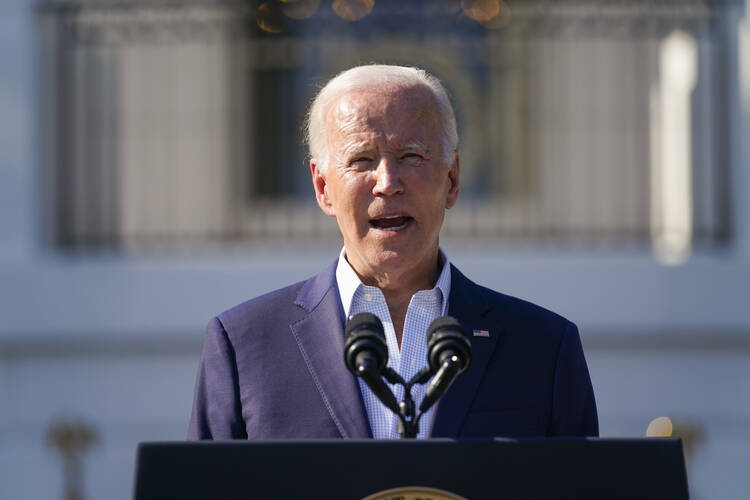 We know how to reduce inflation. Paul Volcker, the chair of the Federal Reserve System under Presidents Carter and Reagan, did it by tightening the money supply and letting interest rates rise to double digits (which also led to an unemployment rate of more than 10 percent). But the success of the Volker policy was enhanced by President Reagan’s firing of the air-traffic controllers who went on strike at the start of his administration. By firing the air-traffic controllers, Reagan emphasized that a regime change was in place and that the new government was committed to monetary discipline—and to breaking the cycle of high price inflation leading to higher wage inflation, which in turn leads to more price inflation.

Despite the largest 12-month increase in consumer prices since 1981, neither the Federal Reserve nor President Biden have yet acted with the same decisiveness as Paul Volker and the Reagan administration did in the 1980s. And the longer we wait, the more costly will be the transition from high to low inflation. Temporary tax holidays on gasoline purchases or incentives to increase oil production miss the point: Inflation stabilization comes from monetary discipline, not ad hoc measures aimed at prices of specific commodities.

By firing the air-traffic controllers, Reagan emphasized that a regime change was in place and that the new government was committed to monetary discipline.

From the mid 1980s to 2008, the United States experienced a “Great Moderation,” with low inflation and a moderated business cycle with little fluctuation in G.D.P. or employment. Some seemed to think the Great Moderation could last forever. In fact, during the 1980s I wrote a proposal to an international foundation to study the dynamics of high and variable inflation in the United States and Israel and was rejected on the grounds that inflation was over, something consigned to the past.

But did inflation really go away? No. The lead-up to the Global Financial Crisis of 2008 was triggered by inflation not in the prices of consumer goods but in stock and real estate prices. We had merely swapped consumer-goods inflation for asset-price inflation.

Now consumer-goods inflation is back with us, threatening to become a déjà vu experience all over again, as Yogi Berra would say. And there are some similarities to the inflation of the 1970s and early 1980s. Now, as then, there are jumps in oil prices, and the Federal Reserve Board, fearing a downturn in the economy, is following a policy of low interest rates and easy money. The first time, we ended up with double-digit inflation, and things started to turn around only after Mr. Volcker became head of the Federal Reserve System in October 1979. Double-digit inflation was replaced by a brutal recession, with double-digit unemployment and double-digit interest rates in the early 1980s. However, the economy bounced back by 1984, even as inflation stayed low, and President Reagan was re-elected by carrying 49 states. So there is time for Mr. Biden to get the job done.

In some ways, the situation is not as bad now as in the early 1980s, as the United States is much less dependent on foreign energy supplies and the unemployment rate is much lower. But this is not an argument for inaction; once inflation reaches near double-digit rates, there is still the danger it becomes permanent. Markets may adapt to high inflation and embed cost-of-living increases into wage contracts, the minimum wage and pension payments, as well as financial contracts and even bank deposits.

I lived in Brazil several years during their periods of extreme macroeconomic instability. The inflation rate was 30 percent—not annually but monthly. But life was calm. There were no shortages, no panic, and all contracts and wages were indexed to the rate of inflation. The Brazilians showed the world how to live with, and even party with, extreme inflation rates.

The problem was that inflation became the only economic indicator people paid attention to as they made sure their contracts, bank accounts and interest returns were adjusted to rising prices. There was no long-term planning, no long-term credit and no mortgages, thanks to total confusion over relative prices and returns for investment opportunities. Meanwhile, when I went jogging on the beaches, the price of bottled water would change as I went from one end of the beach to the other end! The economy became inflation-obsessed, with little or no growth and no forward-looking innovation.

The risk is that we become an inflation-obsessed country, and we jeopardize the prosperity of future generations as investment dries up because of confusion and fear.

We are not quite in the high inflation zone of Brazil in the 1980s. But if we hit double-digit price increases, the risk is that we become an inflation-obsessed country, and we jeopardize the prosperity of future generations as investment dries up because of confusion and fear.

Winding down from high inflation, as the late Rudi Dornbusch of MIT used to say, is like going on a crash diet. The first 20 or 30 pounds come off fairly fast, but getting rid of the last 10 pounds takes more time and effort. Using this analogy, a reasonable target for the Federal Reserve, with full support from the Treasury Department and the White House, would be to wind down inflation toward 4 percent by increasing interest rates and then let the economy move more gradually towards a 2 percent target.

True, with the austerity coming from high interest rates, the administration will likely suffer losses in the midterm elections later this year, but as the Reagan experience shows, the country (as well as the party in power) can benefit from a strong economic rebound. Paralysis in facing the threat of high inflation now only makes the remedies of tight monetary policies more painful in the future.

The president and Congress should rally public support for the Federal Reserve to do quickly what needs to be done. Mr. Biden can also hold the line on cost-of-living adjustments in the federal budget and thus break the cycle of wage and price inflation. This is not the time for gradualism but decisive and credible action.

Paul D. McNelis, S.J., is America’s contributing editor for economics and a former professor of finance at the Gabelli School of Business at Fordham University, in New York City.