Like the disciples, we search for Easter hope in the wake of Good Friday suffering 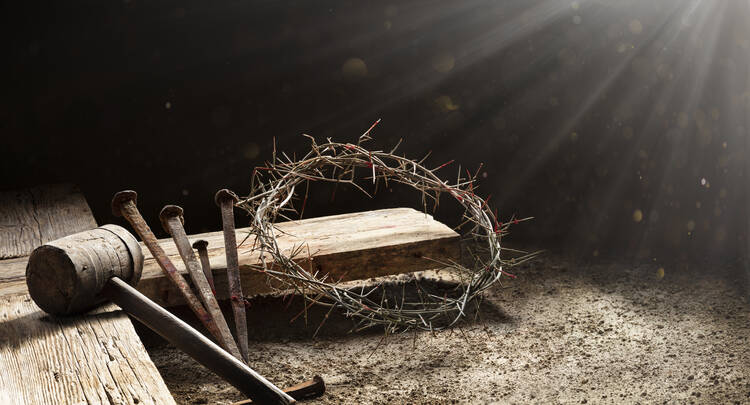 After witnessing such suffering, after absorbing the depth of these problems, where can Christians turn to find Easter hope? (iStock/RomoloTavani)

In the Scripture readings for the week following Easter (Lk 24:13–32), we encounter two of Jesus’ disciples on the road to Emmaus in the wake of the crucifixion. They are downcast and confused. “We had hoped,” they tell the stranger who joins them. They had hoped that Jesus was the Messiah, that he was the fulfillment of the Scriptures, that there was now a bright future calling them out of the darkness. Instead, they feel greater confusion, greater loss.

Perhaps today many of us find ourselves in a similarly disconsoling place. Just when it seemed the Covid-19 pandemic was finally receding, Russia has invaded Ukraine, destroying countless innocent lives and raising the threat of world war. The attack on Ukraine and the threat of a nuclear conflict dwarf all other problems our society faces; for on a scale not seen since the cataclysmic years of the Second World War, the world faces a war in the heart of Europe, begun by an unjust aggressor intent on conquest.

Here at home, the nation also faces a host of other challenges. President Biden called attention to a number of them in his State of the Union address last month: economic insecurity, supply chain issues, immigration, climate change and more. If their immediate impact is not as obvious, their long-term effects are also a specter haunting our future.

Climate change affects all of humanity, but it hurts the poor and vulnerable the most. As Pope Francis noted in “Laudato Si’,” those on the periphery of society often live in areas most vulnerable to climate change, especially when their livelihoods depend on agriculture, fishing or forestry. The poor are powerless against drought, water contamination and hurricanes.

Meanwhile, inflation poses immediate challenges to those struggling to meet their basic needs. Those who live hand to mouth, paycheck to paycheck, feel sharply rising costs more acutely. To save money, families might eat less, causing malnutrition in children. Or parents might not get the medical care they need, putting entire families at risk. And low-income families are even more vulnerable to predatory lenders during a time of economic uncertainty. Nevertheless, a balancing act is necessary in governmental efforts to check inflation; as the U.S. bishops said in their 1986 pastoral “Economic Justice for All,” efforts to address inflation should not put people at risk of unemployment.

The ongoing global migration crisis continues to be of major concern; immigrants and asylum seekers, fleeing poverty and violence in their home countries, continue to arrive at the borders of wealthier nations. In the United States, partisan political impasses have blocked efforts to fix the long-broken immigration system. Even within Catholic circles, some have gone so far as to claim that providers of humanitarian services on the border are facilitating illegal immigration. Meanwhile, thousands of vulnerable migrants await a fair hearing in squalor, threatened by organized crime on our southern border.

After witnessing such suffering, after absorbing the depth of these problems, where can Christians turn to find Easter hope?

Ours is not a cheap faith that asserts that things will be better only in heaven, that would allow us to accept the suffering of others passively. For Christians, the paschal mystery is one reality. Without Good Friday, then Holy Thursday is only a meal; and without Holy Thursday, Good Friday is only a murder. And without either, there is no Easter. But what responsibility comes along with the joy and hope of Easter? We are called as a community and called to seek unity.

Christians must also reject false ideologies or other human schemas that divide God’s people with counterfeit dichotomies. In the United States, a nation that has historically prized rugged individualism, Christians must work to develop and preserve authentic communities, ones that recognize individuality and diversity while striving toward a common good, a common destiny.

Beyond our shores, we must act together with others if we are to relieve the world’s suffering. In addition to rejecting an illusory religion, we must also resist the thin and incomplete unity that comes from nationalism and the narrow unity found through war. A unity forged in contempt or hatred for others is no unity at all. “Once this health crisis passes,” Pope Francis wrote of the pandemic in “Fratelli Tutti,” “our worst response would be to plunge even more deeply into feverish consumerism and new forms of egotistic self-preservation. God willing, after all this, we will think no longer in terms of ‘them’ and ‘those,’ but only ‘us.’”

May we place our hope again in the risen Christ this Easter and recognize him where he may be found. May we never proclaim an empty optimism that turns away from the suffering of others.

This Christian attitude is a grace Jesus bestows on us in community. According to the Gospels, the risen Christ usually appeared to more than one person at a time (the exception being Mary Magdalene). As Pope Francis said in his 2021 message for the World Day of Migrants and Refugees, we are offered a path to reconciliation “not as individuals, but as a people.”

“The truth, however, is that we are all in the same boat and called to work together so that there will be no more walls that separate us, no longer others, but only a single ‘we,’ encompassing all of humanity,” Francis wrote. “The Holy Spirit enables us to embrace everyone, to build communion in diversity, to unify differences without imposing a depersonalized uniformity.”

Faith in the risen Christ must lead Christians into deeper solidarity with those who suffer. Scripture makes it clear that Jesus identified himself with the poor, the marginalized and the oppressed, a theme present throughout the Old Testament as well. Jesus also calls Christians to pray for those who persecute them.

The promise of eternal life must lead to greater forgiveness and reconciliation, not passivity in the face of injustice. Such reconciliation can come about only when judgment is left in the hands of God. Let there be no illusion: Forgiving those who sin against us is not easy. Answering the call of the risen Christ does not erase the wounds of the crucifixion. But forgiveness is the only path to unity and, ultimately, to a community that acts for justice.

After the disciples on the road to Emmaus recognized the risen Christ, they realized that their very reality had changed in their communion with Jesus: “Were not our hearts burning within us while he talked with us on the road and opened the Scriptures to us?”

May we place our hope again in the risen Christ this Easter and recognize him where he may be found. May we never proclaim an empty optimism that turns away from the suffering of others. Instead, we pray that our communities will become signs of peace, love and forgiveness, and instruments of God’s justice here on earth. May we be one as God is one.