We Need to Talk About Race: Lessons from ‘The Gloria Purvis Podcast’ 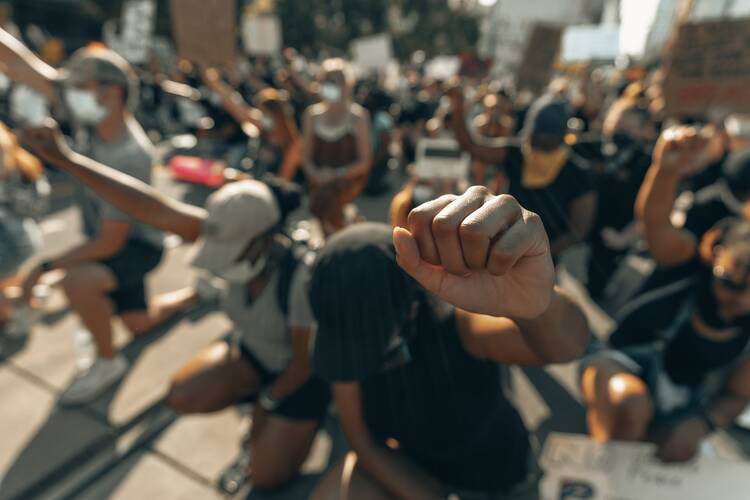 Editor’s note: Every week, Gloria Purvis invites listeners to join her in a discussion of some of the most important issues facing the church today. She tackles many of the questions discussed in this forum, from how to engage with Black Lives Matter to critical race theory to what it means to be “woke.” Here are excerpts from her conversations with the Most Rev. Shelton J. Fabre, the new archbishop of Louisville; and Vincent Rougeau, president of the College of the Holy Cross. Listen to her podcast at americamagazine.org/podcast.

Gloria Purvis.For me and around other black people, not just black Catholics, when we use the term “woke,” we mean awaken to the injustice or suffering of another. As a bishop yourself, how do you understand the term?

Bishop Fabre. You are absolutely correct when you said, for us as Catholics being awakened is probably a better term. It’s far less, you know, loaded. And I mean awakened by the Holy Spirit to the pain and suffering of another, an awakening that comes from hearing that person and story.

There was a priest who once said, I cannot say that I’m truly listening to someone unless I can accept the fact that I may be changed by what I hear. So I think it’s an awakening that not only leads us to identification with regard to the pain and suffering of another but also leads us to do something about it, to the best of our ability—to allow the spirit that has awakened this in our hearts to make us instruments of Christ’s healing and peace and instruments of God’s justice.

Critical Race Theory and the Church

Vincent Rougeau. Well, of course it is. Not every conclusion that comes out of critical race theory is compatible with Catholicism. But how could it be the case that Catholics would not want to engage with an intellectual tool that helps deepen understanding? If the conclusions of that engagement are such that you don’t believe they’re correct, or you believe they’re inconsistent with Catholic teaching or your faith as a Catholic, that’s fine.

V.R. We have had to labor as Black people under the burden of a racial category that was assigned to us for the express purpose of debasing and dehumanizing us and keeping us at the margins of society or even worse. And now that we are trying to break that down by using the same category that was used to oppress us, somehow, it’s not legitimate. Why is it not legitimate now in the pursuit of justice, but it was perfectly fine to use it in the pursuit of oppression? So I reject that out of hand.

V.R. It makes me very uncomfortable when people say that because they said the same thing about Martin Luther King and the civil rights movement. I think that it is an attempt to deflect because people are worried about the consequences of having the conversation. There are some conclusions that some have come to through the use of critical race theory that some may find to be very much aligned with Marxism. And that may well be so, but that doesn’t mean we don’t engage the theory. And that doesn’t mean the theory itself is Marxist.

We need to use the minds that God gave us to break down this injustice.

We need to use the minds that God gave us to break down this injustice, and we need to stop labeling things so that we scare people.

Gloria Purvis is host of “The Gloria Purvis Podcast” from America Media. A radio and media personality, she has appeared in various media outlets including The New York Times, The Washington Post, PBS Newshour and EWTN News Nightly, and hosted “Morning Glory,” an international radio show.