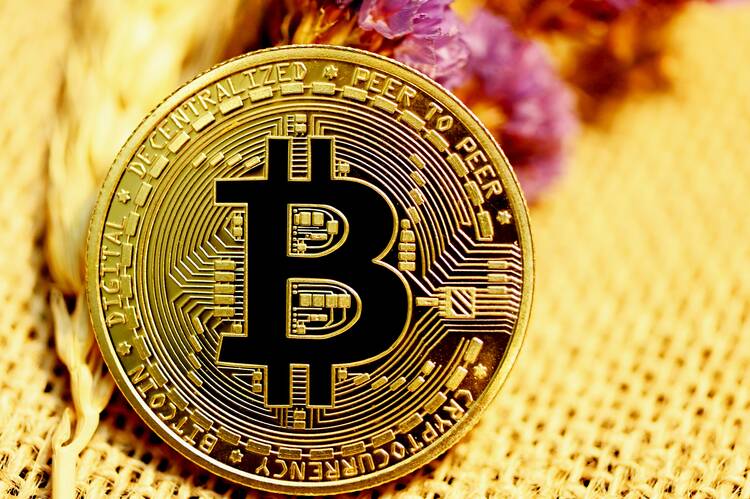 Photo by Kanchanara on Unsplash

On Feb. 1, a cryptic gold cube worth nearly $12 million appeared in New York’s Central Park. On display for one day only, the cube was an art installation by artist Niclas Castello. Made exclusively of pure 24-karat gold and weighing a staggering 400 pounds, it came with its own security team to guard it.

If you thought the Castello Cube, as it is called, is a statement on wealth disparity, you could easily be forgiven. New York State has the highest income inequality in the country: In 2020, the average income in Manhattan for the top 1 percent was 113 times that of the bottom 99 percent. And according to the 2020 Census, approximately 129 homeless people live in Central Park. Surely a $12 million cube in the middle of the park has to be some kind of critique about the way we overlook poverty and fetishize wealth?

Unfortunately not. The cube is an advertisement for Mr. Castello’s new cryptocurrency, named after himself: CastCoin. The installation isn’t about wealth disparity—just wealth. After being on display in the park for less than 24 hours, the Castello Cube was carted off to a Wall Street dinner party reportedly filled with celebrities.

Surely a $12 million cube in the middle of the park has to be some kind of critique about the way we overlook poverty and fetishize wealth? Unfortunately not.

Cryptocurrency is a digital currency that uses blockchain technology and therefore is decentralized, creating an online exchange that is not reliant on a government or bank to uphold its value. Bitcoin was the first and most famous cryptocurrency, but today there are thousands, with Castello’s CastCoin being one of the latest. Some hope that crypto will usher in a more democratic future where currencies and transactions can be certified without any backing institution. But those hopes for the future overlook that crypto raises some serious ethical questions. Much like the Castello Cube itself, cryptocurrency does not hold up to a deeper look.

Online, the Castello Cube is billed as being made of solid gold and appears to tower high above the lawn. But this is just hype. The cube is solid gold, insofar as it is made of gold and nothing else. But it is not, in fact, a solid cube—the inside is hollow, and the walls only a quarter of an inch thick. It’s also much smaller than it appears online, only about a foot and a half tall, in fact. (To have to speak of “only” that much pure gold is a condemnation of the work in and of itself.)

There are 129 unsheltered residents of Central Park, according to the 2020 United States Census. https://t.co/rH8wvRYtei

It’s an excellent metaphor for cryptocurrencies. The outside glitters; the inside is empty. It looms large online but amounts to little in the real world. Crypto has soared in popularity: A 2021 survey found that 13 percent of Americans had traded in crypto in the past 12 months, with another 11 percent reporting they were likely to invest in the next year. A 2021 survey by Pew Research found that 43 percent of men aged 18 to 29 report having invested in cryptocurrency. Some see it as a get-rich-quick scheme, a high-stakes, high-reward trading opportunity that can easily bestow millions. Cryptocurrency is famed for its volatility. In April 2011, one Bitcoin cost $1; in April 2021, the same cost almost $65,000; today its worth is about $40,500.

The cube is solid gold, insofar as it is made of gold and nothing else. But it is not, in fact, a solid cube—the inside is hollow, and the walls only a quarter of an inch thick.

For others, it is as much of a cultural movement as a financial one, becoming something of a lifestyle with financiers and tech fans. Advertisements for cartoon dog-themed cryptocurrency shine over Times Square, and figures like Elon Musk use their cults of personality to encourage their followers to buy in. R/CryptoCurrency on Reddit, which describes itself as “The leading community for cryptocurrency news, discussion, and analysis,” has 4.4 million members, obsessively watching and discussing the crypto market.

In the apostolic exhortation “Evangelii Gaudium,” Pope Francis warned of the dangers of idolizing money like this. He writes:

We have created new idols. The worship of the ancient golden calf (cf. Ex 32:1-35) has returned in a new and ruthless guise in the idolatry of money and the dictatorship of an impersonal economy lacking a truly human purpose. The worldwide crisis affecting finance and the economy lays bare their imbalances and, above all, their lack of real concern for human beings; man is reduced to one of his needs alone: consumption (No. 55).

Idolatry of money has been a problem for as long as money has existed. But part of what makes crypto different is the way its extreme volatility rewards constant anxious monitoring and encourages obsession not only with investing but with pressuring others to invest as well. Because there is a limited amount of Bitcoin, for example, higher demand for it drives higher prices.

Cryptocurrency has been regarded as “democratizing” finance because it gives anybody with a computer the ability to get in on the ground floor of an investment that can then take off astronomically. But the dark side of this democratization is that it has spread an obsession with consumption and unhealthy market watching to ever-larger populations than ever before.

We can stop believing in cryptocurrencies and reject its power over us and over our climate. It’s time to throw the golden calf back into the fire it came from.

And while cryptocurrencies make some people rich, their environmental effects ultimately impoverish all of us. Cryptocurrency is created through an electronic process called “mining,” which uses computers to solve complex equations and create small amounts of the digital currency. Some cryptocurrencies have a cap on how many units can be mined, which makes the equations progressively more complex, requiring increasing amounts of energy and computational power to continue to mine. (If trying to understand this makes your head hurt, don’t worry—mine does, too.)

The Bitcoin mining process alone has used more electricity than some small countries, including Ukraine, Norway, Sweden and the United Arab Emirates. One single Bitcoin transaction uses enough energy to power an average U.S. household for 75 days. And much of the energy used to power Bitcoin mining and transactions comes from burning fossil fuels. Its impact on the climate is immense. As the environment continues to deteriorate, crypto miners continue to use staggering amounts of resources to create digital monopoly money.

The fact of the matter is that crypto is bad for us. Crypto is what leads to a $12 million hollow box made out of gold being displayed in public parks. The greater risk, however, is that it will lead to such a fixation on wealth that we won’t see the poverty around us. That it will lead us to forget our common home and ignore how we are destroying our climate. In the words of Pope Francis, that it will reduce us to mere consumers.

Nine countries have banned cryptocurrencies outright, with another 42 enacting regulations and policies that ban it implicitly. We can stop believing in cryptocurrency and reject its power over us and over our climate. It’s time to throw the golden calf back into the fire it came from.

[Related: Down with credit cards. Up the minimum wage.]