St. Ignatius has a lesson for politicians: Words and deeds (and nasty tweets) have consequences 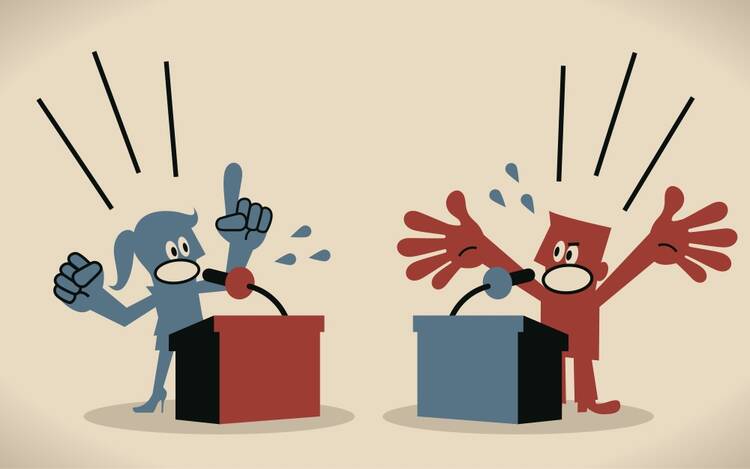 St. Ignatius seems to have anticipated the modern era, in which the art of conversation has been replaced by the warfare of the tweet, back in 1546. In a letter to his followers attending the Council of Trent, he instructed them on the art of dialogue. He reminded them to “be considerate and kind” and said that when stakes and emotions are high, they should work to be “free of prejudice” and to understand “the meanings, learnings, and wishes of those who speak.”

Since becoming president of Le Moyne College in 2014, it has been my privilege to engage with local, state and national elected leaders in just these kinds of conversations. It has been exciting to search collectively for ways to make higher education not just accessible, but vibrant and meaningful. I have welcomed the disagreements that inevitably arise when serious people work together to solve complex problems.

I never imagined, however, that so many elected officials could abandon this productive debate, this mutually beneficial cycle of challenge and counter-challenge, in favor of inflammatory rhetoric and juvenile name-calling.

I never imagined, however, that so many elected officials could abandon this productive debate in favor of inflammatory rhetoric and juvenile name-calling.

Alas, this seems to increasingly be the case. One example was an attack on the faith and character of Pope Francis, the spiritual leader of the Catholic Church, last October. It was particularly troubling for two reasons: it originated close to Le Moyne’s Central New York home, and it came from an elected official, U.S. Representative Claudia Tenney. On Twitter, a platform devoted to small ideas and grand postures, Ms. Tenney responded to a photo of Pope Francis shaking hands with House Speaker Nancy Pelosi by referring to them as “just two communists.”

As president of the youngest Jesuit college in the country, responsible for inspiring the next generation of leaders, I cannot stay silent. I am compelled to respond to an attack that is both inaccurate in its particulars and troubling in its source, an attack that serves no purpose but to heighten the incivility so sadly evident in our public discourse.

As an academic, I am tempted to head to the chalkboard and offer a lesson in history, or theology, or politics—or charm for that matter. I would make note of the fact that communist regimes have a history of persecuting the faithful of many religions, most particularly Christians. I would review the many ways this pope has defended the poor and the rights of workers—so often exploited by unchecked capitalism—just as he has praised innovation and celebrated individuality, the lifeblood of any healthy economy.

If I am to practice what St. Ignatius preached, I must resist the temptation to score political points and create disruption.

But there is another issue, beyond the gross inaccuracy of some tweets. It is about the very nature of leadership, and it casts into sharp relief the qualities that distinguish the leaders we strive to form at Jesuit institutions around the globe.

Leadership is responsibility. A true leader recognizes that their every word and deed, be it from lectern, podium, pulpit or stage—or cellphone—has weight and consequence. A real leader wields power with the gravitas it deserves, acutely mindful of the potential to do either great harm or great good. Leadership is the act of unifying. It is the understanding that anything that drives people apart separates us also from the divine.

Jesuit colleges and universities teach our students that we are men and women working for and with others, united in a common humanity that transcends our wordly differences. We instruct our students to seek God in all things and all people. We speak of “magis,” encouraging our students to strive for excellence, but reminding them that such excellence is to be used for the greater glory of God. At Le Moyne, we sum all of this up in the words “Greatness meets Goodness.” This phrase captures the idea of leadership devoted to the common good rather than self-promotion.

These lessons might be lost on political leaders who have mistaken the schoolyard taunt for meaningful conversation, but that is almost beside the point. I have described these lessons here because they must govern my own response if I am to be the type of leader I wish to be. In replying to the pope’s attackers, I must model a different kind of conversation. If I am to practice what St. Ignatius preached, I must resist the temptation to score political points and create disruption.

So in the future, how will I react to leaders with a penchant for uncivil tweets? I will assume they are more than what we hear in 120 characters. I will pray that they find a more productive way to speak and a more serious way to lead. I will work to heal the division they would sow, and I will imitate the example of our students, who, with integrity and compassion, work to mend a hurting world.

In other words, I will attend to what Ignatius described as cura personalis, or the care of the “whole person.” Cura personalis celebrates the fact that each of us is a unique blend of mind, body, soul and spirit. It teaches us not to reduce ourselves or others to a single dimension, but to embrace the complexity of the human person. A leader imbued with cura personalis recognizes that every person, group, business or nation is made up of many parts, and that we are at our best and strongest when those parts act in harmony.

To put it in a single sentence, I will pray that our elected leaders remember that our nation, in its youth, established its own expression of cura personalis—e pluribus unum. 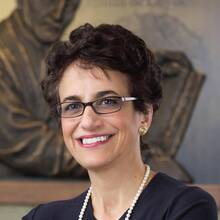 Linda LeMura is the president of Le Moyne College in Syracuse, N.Y.