How can we honor Martin Luther King Jr.? Defund (while respecting) the police 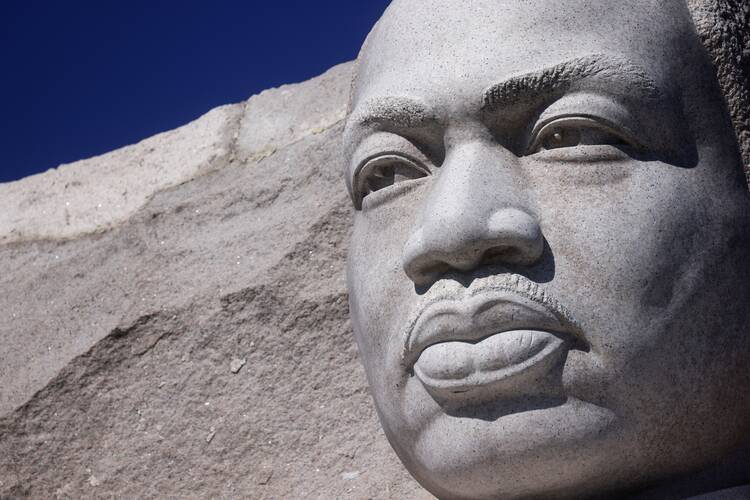 How the winds blow, how the seasons change.

A year and a half ago, in that hot summer of 2020, city councils and congresspeople across the country seemed ready to hear that impossible, if sensible, demand of the movement for Black lives: defund the police.

This Martin Luther King Jr. Day, Jan. 22, 2022, nearly all the bills and resolutions, and slogans piously drafted in those days are absent from the halls of power. The same people once so eager to look like good white allies, apparently ready to take on the police unions and the culture of law and order, have reversed course. A wave of violent crime, at the intersection of an ongoing pandemic and an apparent sit-down strike by cops, seems to have changed their minds. The fad has flipped, and liberal politicians across the country are trumpeting their goals for inflating police budgets after all.

Our reliance on the threat of violence is a failure of imagination, a failure of faith that God’s hope for us is a peaceable kingdom.

Although the political calculus has changed, now is in fact an opportune time to do the right thing—to defund the police and invest in the “profound and basic changes” in policy Dr. King hoped for, a diversified strategy for public safety and well-being.

In tandem with labor shortages in nearly every sector, police departments across the United States are seeing officers leave in droves. This is a problem if we accept the premise that police are the sole and most effective means of ensuring public safety. But it is an opportunity—if we want a society that requires fewer people to “take the sword” for their livelihood, a society that believes in the calling of peacemakers.

Phil Weiser, the attorney general of my state (and my former colleague at the University of Colorado), has recently called for investing $10 million in police recruitment and retention. But what if we approached the problem differently? We can invest those funds in filling the policing gap in new ways: restorative justice programs that reduce recidivism, introduce housing-first programs for the homeless, and fund a minimum-income pilot program in the state’s poorest communities. Start with the problem of security, not the problem of “not enough police.” Fill the gaps with strategies that do not require more people to carry guns on our streets, that do not rely on incarcerating people to hide problems away.

There is strong evidence that policing can reduce violent crime, and as long as we have rampant poverty and easy access to guns in the United States, having well-trained, armed law enforcement may be inescapable. The good news is that only a tiny fraction of current police activity has anything to do with these things. If public agencies not oriented around violence and punishment are empowered to handle things like traffic accidents, crowd management, routine investigations, domestic disputes and more, police forces can focus on things for which their unique capacities are really needed. There will be less chance that a routine interaction, combined with entrenched systemic racism, can turn deadly. And we can focus on funding real solutions to social problems.

As long as we have rampant poverty and easy access to guns in the United States, having well-trained, armed law enforcement may be inescapable.

Police departments have been important employers and pathways to middle-class jobs. This calling deserves respect; many officers join the force in the hope of serving their communities. Today, in this Great Resignation, we can reduce the size and budgets of police departments without laying off officers. When that is no longer the case, the work of defunding should come with job guarantees so officers can be moved to agencies where they can continue their helping work without the added burdens of arrest quotas or the growing stigmas associated with the badge.

A year to the day before his murder, Dr. King spoke at Riverside Church in New York City, denouncing the U.S. government as “the greatest purveyor of violence in the world today.” For him, as Andrew Bacevich has reminded us, the violence waged on American streets and that of American soldiers attempting to police the world were part of a common moral disaster.

The same people once so eager to look like good white allies, apparently ready to take on the police unions and the culture of law and order, have reversed course.

Our reliance on the threat of violence is a failure of imagination, a failure of faith that God’s hope for us is a peaceable kingdom. The more the United States continues to depend on policing and prisons at home, along with killer drones and military bases abroad, the more we refute any claim to moral leadership in this world. Although the broad public sympathy for the demands of the Black Lives Matter movement may have faded since 2020—particularly but not only among white power-holders—the wisdom of the movement’s demand holds: To defund the architecture of violence in our communities is the right thing to do. More of us need the courage to keep saying that, insisting on it, and fighting for it.

Catholics in the United States have a particular affinity with policing, as police departments have been gateways for our immigrant communities into mainstream society. The sense of duty and obedience that runs strong in policing resonates in a church skeptical of the individualism that rules the surrounding culture. We can honor that legacy and that resonance while also recognizing the relationship needs to evolve. We can continue celebrating those who risk their lives to protect us while also reducing the vast range of demands we now place on them: by reducing the need for so many of them.

If we cannot even have this conversation, if we cannot imagine a world in which we live less by the sword, we are lost. God help us.

@ntnsndr
Provide feedback on this article
Join the conversation: Login or create an account
Before you can comment, you need to update your profile to include your first and last name, as required in our comments policy. Then reload this page and you'll be set up for commenting. Update your profile