I am a Catholic Sister who was arrested at a voting rights protest. Our democracy is worth it. 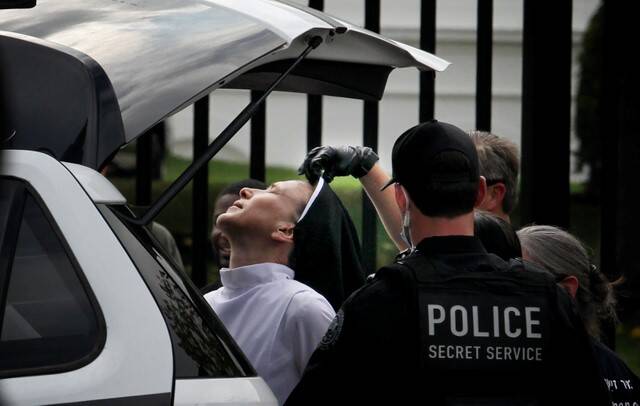 A Secret Service officer arrests Sr. Quincy Howard, O.P., and removes her veil, following her protest on behalf of voting rights. (Photo courtesy for the League of Women Voters of the United States)

I never imagined my vocation as a Dominican sister would entail being arrested by the Secret Service and spending a night in the Washington, D.C. Central jail. For the past four years, I have devoted my ministry to protecting and strengthening our democracy by focusing on federal policies that align more closely with Catholic social justice principles. But it was the dysfunctional, divided federal government—the foundational systems of policy-making—that emerged as the place to focus my energy.

But in the fall of 2021 I felt desperation creeping in. And so, in early October I found myself in front of the White House with five other faithful companions in a stare-down with a wall of armed Secret Service agents. That day I felt called to this act of public witness, proudly wearing the stark symbol of my Dominican habit. My attire was in part an appeal to the Catholic sensibilities that President Biden wears on his sleeve as well as a visible indicator that deeper, theological values are at stake. Maybe, just maybe, this action could move him to take the lead on transformational voting rights legislation that would repair some of the dysfunction I have witnessed.

Our group of over a dozen demonstrators—including executive directors, faith leaders and board members from justice organizations—had been whittled down after the Secret Service claimed jurisdiction over the arrests. Under their control, the penalties for our actions became less clear, including possible stiff charges. A night spent in jail was all but guaranteed, and not just any jail but the D.C. Central Cell Block, infamous in the district. But I knew bowing out was not an option for me.

When Catholics think about how to live out the values of their faith through politics, protecting their democracy is not likely what comes to mind. But it should be.

When Catholics think about how to live out the values of their faith through politics, protecting their democracy is not likely what comes to mind. But it should be. The church supports democracy as the form of government best suited to guarantee the protection and flourishing of all people. That said, it is inevitably the people on the periphery who become the most vulnerable when democracy is failing or is under threat.

Consider the freedom to vote and protecting access to the ballot. The vote is the ultimate, absolute and necessary expression of our U.S. citizenship, and we should be making it easier, not harder, for Americans to vote. Since I began this advocacy work, I have taken to comparing the vote as the closest thing to a sacrament in a secular democracy. And as Catholics should well know, it is sinful to withhold a sacrament based on political calculations.

A sacrament is a visible sign of an invisible reality. In a democracy the collective power of the people for self-determination is the invisible reality that we depend on to shape our national future. Protecting the voice of each voter is how we keep it real.

Despite the current political tenor, protecting our democracy is not just more partisan politics. The issue of voting rights, fair representation and money in politics fundamentally speaks to who matters and who deserves to have agency in their lives at the most basic level. It is not, as one U.S. bishop I spoke with supposed, an issue of “subsidiarity”—that people in each state should choose their own voting laws. We saw how well that worked in the South under Jim Crow. We have a national responsibility.

Despite the current political tenor, protecting our democracy is not just partisan politics.

Across the political spectrum, Americans feel our government is broken and our systems no longer serve us. A national leadership that cannot function is particularly harmful to our neighbors who are already hurting the most. But today, the suffering of the poor and those struggling at the margins is seeping into the middle class. Even the affluent cannot avoid our national spectacle of hardship and distress, if they are paying any attention. While the reasons for these failings are complex, if we do not right the ship soon, the future will be dark.

The unbridled profiteering and chronic disinvestment in the well-being of our nation and people can be traced to the private system of financing political campaigns. Politics are awash in private and secret funding so that special interests and large donors have enough control to drive our policies—or block them. This system of financing campaigns sets up elected leaders to be beholden to potentially corrupting influences. We all know who the losers are—the people who are typically left out and discarded. Pope Francis calls them throwaway people, and they exist in our democracy as much as in our broader society and economy. Access to the ballot is one example of a system that either makes life easier or more difficult for the most vulnerable. For people living on the edge, every degree of restriction can mean missing out on rights and opportunities.

Throwaway people include the incarcerated women I met that night in jail. Two young black mothers were in cages next to mine. I listened to them talk through the night, since sleep was impossible. A man was suffering from a violent psychological episode in his cell in the men’s wing. His kicks and screams went on for hours as another woman wept softly a few cells over. Every sound carries in a warehouse of metal cages. The pastoral care provided by one of those mothers was moving. She shared the horrific parts of her own tortured story and how she, at 21, has found new hope working toward a better life for her children. She uplifted their humanity as resilient women and encouraged the other mother to take hope in life after this ordeal in jail.

Pope Francis calls them throwaway people, and they exist in our democracy as much as in our broader society and economy.

My stay in the district’s Central Cell Block occurred just days before an unannounced federal inspection found the jail to have systemic failures and inhumane conditions. This is the result of decades of disinvestment in facilities, services, mental health care and low-income communities. That tracks with my experience, in which even the guards seemed dejected by the circumstances. As we were being released the next day, the women and guards learned why I was arrested—to protect voting rights—and offered heartfelt thank yous.

As my Dominican brother Timothy Radcliff, O.P., has said, “The opposite of government is not freedom but paralysis.” These broken systems of ours that do not serve us and seem to crank out throwaway people can be made to work. In the United States, democracy is what enables voters to be the change we want to see happen. We cannot afford to lose that.

In early October I was acting from a place of desperation. President Biden can urge the Senate Democrats to forgo Republican support and pass the Freedom to Vote Act and the John Lewis Voting Rights Advancement Act into law. Now that Advent is upon us, my heart is in a different place. While the implications of the relentless, concerted attacks on our democracy still loom large, the Spirit is finally moving among Senate Democrats. There is a new energy coalescing around creative, good-faith conversations to find a path forward for these bills. I am settled into Advent, waiting, praying and faithfully maintaining hope that there is light at the end of the legislative tunnel. I invite you to pray and wait with me in hope. And maybe call the White House. 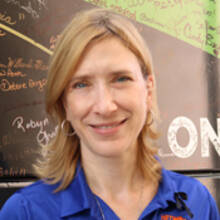 Quincy Howard, O.P., is a Dominican Sister of Sinsinawa and a government relations advocate for NETWORK.

@sisterquincy
Show Comments ()
Join the conversation: Login or create an account
Before you can comment, you need to update your profile to include your first and last name, as required in our comments policy. Then reload this page and you'll be set up for commenting. Update your profile