‘Getting nasty emails is not new’: Jesuit high school president isn’t backing down from a controversial vaccine mandate 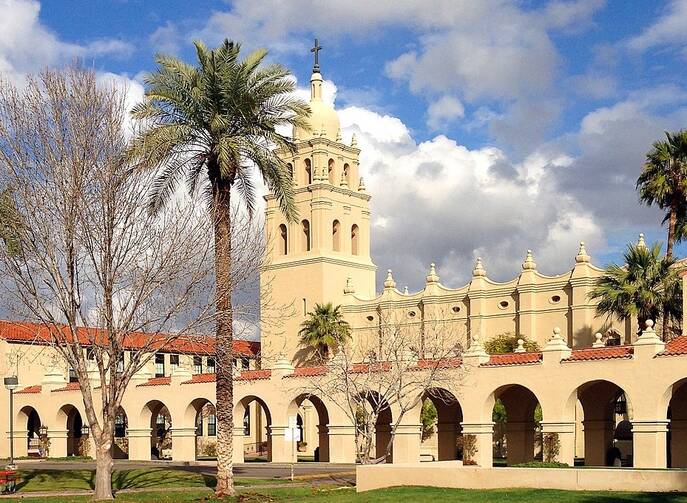 Two months into Brophy College Preparatory’s 2021 school year, principal Bob Ryan found himself in the gym of this Phoenix high school surrounded by 1,400 boys, yelling and cheering and carrying on as a dodgeball tournament played out around them. It was the kind of raucous event he had not seen on his high school campus for 18 months.

“It was really moving, actually,” Mr. Ryan said. “To think about all that’s happened to get us to this point and watch all these kids having fun and being kids. That’s what all kids should be able to do.”

As it has for schools all around the world, the Covid-19 pandemic has been a game changer for Brophy, an all-boys prep school and Arizona’s only Jesuit high school. For much of the past year and a half, the pandemic has precluded anything like the loud, packed rally Mr. Ryan experienced.

Principal Bob Ryan knew his decision to require Covid-19 vaccinations or frequent testing would be controversial. What he did not anticipate was what he has called a concerted “campaign to impugn Brophy.”

For Brophy, like most schools across the country, Covid-19 has meant bouncing from one learning environment to another—in-person classes were replaced with virtual ones, and when students were finally allowed back on campus, they had to be masked and maintain social distance from one another.

This fall, with Delta-variant cases surging around the country, Brophy’s administration made another tactical shift: All classes would be held in person, but students could attend only if they were vaccinated against the coronavirus. Those who declined to get vaccinated could go back to school if they agreed to get tested twice each week.

Brophy is an influential and elite Arizona institution, a 93-year-old high school in the center of a young and fast-growing city. Some of Arizona’s most powerful figures have sent their sons to Brophy—from the late U.S. Senator John McCain to current Republican Governor Doug Ducey. Arizona is a traditionally conservative state with a distinctly libertarian bent, and Phoenix is not New York, where most people have become accustomed to keeping vaccine cards handy for public events and dining indoors. The decision put Brophy at the center of a political firestorm, pitting parents against school administrators and each other and sparking a public debate about personal choice vs. public safety.

In the summer of 2021, Arizona’s G.O.P.-controlled state legislature passed a measure that banned mask and vaccine mandates in schools, shoehorning it into a budget bill that Mr. Ducey signed into law. Parents, Arizona lawmakers said, should make decisions about masks and vaccinations for their children—not schools.

A number of school boards across the state refused to comply, putting in place mask requirements at the beginning of the school year when Covid-19 numbers began to tick up and drawing their share of backlash from parents and the public. The fight made its way to the Arizona Supreme Court, which recently upheld a lower court decision to overturn the ban on mask mandates as well as a slew of other provisions that had been packed into the Republican-authored budget law.

But it appears no school administrators in Arizona have gone as far as Brophy’s leadership.

This fall, with Delta-variant cases surging around the country, Brophy’s administration made another tactical shift: All classes would be held in person, but students could attend only if they were vaccinated against the coronavirus.

Mr. Ryan knew his decision to require vaccinations or frequent testing would be controversial. What he did not anticipate was what he has called a concerted “campaign to impugn Brophy.” School administrators and board members have received threatening emails and attacks from online trolls, he said.

A nine-page letter surfaced in the local media from a group calling itself “Concerned Parents of Brophy”; addressed to the school’s board members, it demanded the school revise what they called a vaccine mandate at Brophy and hinted at legal action against the school. More than 800 parents, alumni and donors signed the letter, which detailed a litany of problems with the policy, challenged the science behind it and demanded exceptions for medical reasons, religious objections, natural immunity and informed refusal.

Some parents threatened to withdraw their children from the school if the policy were not reversed.

Mr. Ryan was not swayed.

“I think as a Catholic, Jesuit school, we should be a countercultural institution,” he said. “And I think the minute that...we just fade off into the background, I don’t want to be a part of the place.”

In the past, he said, Brophy has faced pushback for everything from standing up for undocumented students to promoting the dignity of life at all stages. “So, yeah, getting nasty emails is not new,” he said. “Fundamentally, what we believe in runs counter to the values of secular culture. I’m here because the school lives that with integrity.”

For him, the vaccine-or-testing mandate is wrapped up in what Brophy, as a Jesuit institution, is “called to do.” It is part of the school’s mission to educate “men for others.”

The vaccine-or-testing mandate is wrapped up in what Brophy, as a Jesuit institution, is “called to do.” It is part of the school’s mission to educate “men for others.”

“There are a lot of people who don’t agree with this,” he said, “But, ‘men for others’ means something. The decisions you make impact others and...the impact on others needs to be considered.”

Personally, Mr. Ryan tried to separate himself from the controversy as it played out, reminding himself that the conflict was always about the school more than him, but he admitted it has been a challenging 18 months.

“I’m in the business of making difficult decisions and recognizing that not everybody is going to be happy with whatever you decide,” he said. “But the polarization that has formed around this topic has been difficult.”

He and Brophy president Adria Renke decided to go public about what was happening to the school. In an op-ed published in The Arizona Republic, they laid out the administration’s position in blunt terms. “We recognize there are parents with legitimate concerns and we are here to participate in respectful dialogue,” they said. “But we will not be bullied to accept a list of demands that are untethered to real science or rational thought.”

In a counterpoint op-ed, also published in The Arizona Republic, Brophy mother Donna Walkosz called the school’s vaccine policy unfair, unpopular and coercive, and objected in particular to a rule that unvaccinated students could not attend overnight field trips. “Why mandate vaccines among young, healthy boys?” she asked. “We parents simply have the best interests of our sons at heart. We should make medical decisions for our children.”

To date, nearly 85 percent of the Brophy community, including students, teachers and staff, has been vaccinated, school officials report. For those who choose not to get vaccinated, the school has added free on-site testing.

To date, nearly 85 percent of the Brophy community, including students, teachers and staff, has been vaccinated, school officials report.

According to school officials, out of 1,324 high schoolers, just 15 students have withdrawn from Brophy because of the vaccine and testing mandate.

Still, not every Jesuit institution around the country has made the same choice. Like other Catholic high schools around the country, most merely encouraged students to get vaccinated. At least one other Jesuit high school, Cristo Rey in Baltimore, similarly issued a vaccine mandate for students.

“I think everyone’s context is different,” Mr. Ryan said. “I have no illusions…that we got it right or that we have the answer. It’s the answer that I think makes most sense for us.” Mr. Ryan said it helps to remind himself that the overwhelming number of parents have been supportive of the policies. And students, he said, are just happy to be back in the classroom.

In the op-ed written at the height of the controversy, he noted that Pope Francis, a Jesuit himself, had described getting vaccinated as an “act of love.”

“Getting vaccinated is a simple yet profound way to care for one another, especially the most vulnerable,” Pope Francis has said.

“It’s the balance between rights and responsibilities,” Mr. Ryan said. “Yes, we have rights as individuals, but we also have a responsibility to the community of which we’re a part. And we take that pretty seriously.” 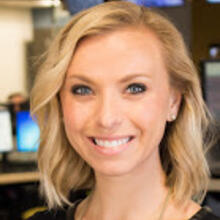 Lauren Gilger
@laurengilger
Show Comments ()
Join the conversation: Login or create an account
Before you can comment, you need to update your profile to include your first and last name, as required in our comments policy. Then reload this page and you'll be set up for commenting. Update your profile