Liberals, Conservatives, Catholics, Indigenous? Nobody won the election in Canada. 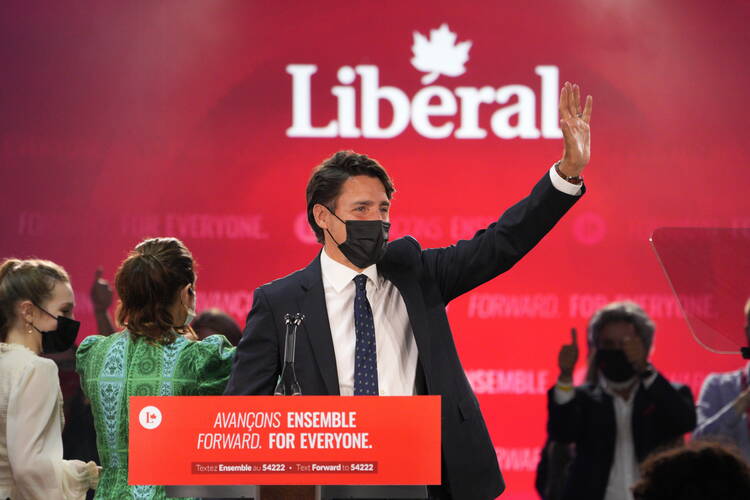 My wonderful in-laws from Illinois think Canadians are great neighbors—but they also wonder why a people so very much like themselves seems to have such a bizarre political arrangement.

U.S. voters can be sure of fixed election dates and prepare for regular November showdowns. But didn’t Canada just have a federal election in 2019? So why were they going to the polls again on Sept. 20? Prime Minister Justin Trudeau decided to call a snap summer election amid the pandemic’s fourth wave and even called this “the most important election since 1945.” What’s going on up north?

The best explanation arrived in a quip from Chantal Hébert, a columnist for The Toronto Star: “It looks like nobody wanted an election, and no one got what they wanted.”

U.S. voters can be sure of fixed election dates and prepare for regular November showdowns. But didn’t Canada just have a federal election in 2019?

The electoral results were almost identical to the situation before the prime minister called for an election. Mr. Trudeau salivated over the prospect of a majority government, such as the one he first achieved in 2015. But while his Liberal Party of Canada will stay in power, it remains a minority government and will need the support of one or more other parties to pass any legislation. The Conservative Party won more of the popular vote but fewer seats, and thus will remain Her Majesty’s Loyal Opposition.

And here emerges another difference from politics in the United States. Canada’s electorate seems to have more flavors to choose from than merely Republicans or Democrats—there were, and continue to be, persons elected to the House of Commons from five different political parties. Strange as it may seem, the third largest party, the Bloc Quebecois, is committed to sovereignty for that province; there is also a social democratic caucus with two dozen seats, and even a couple of Green Party Members of Parliament.

The best explanation arrived in a quip from Chantal Hébert, a columnist for The Toronto Star: “It looks like nobody wanted an election, and no one got what they wanted.”

There were some ugly election protests in which unmasked hooligans targeted Mr. Trudeau, at one point even throwing bits of gravel at him; in response, police detained the local boss of the People’s Party of Canada. The People’s Party—a group of anti-immigration anti-vaxxers and acolytes opposed to lockdowns—is led by Maxime Bernier, a man who once lost the Conservative leadership by a hair, but who cannot now win even one parliamentary seat. By winning small percentages of votes in some close electoral races, however, the People’s Party may have prevented a half dozen seats from going to the Conservatives.

So did this $600 million democratic exercise result in anything positive for Canadians?

Some issues did rise to the political forefront. For the first time, the Conservative Party moved its platform toward the center, presenting a plan to address Canada’s targets to lower greenhouse gas emissions. However inadequate their promises, each party was continually confronted by the electorate’s demands for increased climate action.

The Catholic Church, which had been in the headlines all summer for all the wrong reasons, did not end up playing a crucial role in this election campaign, though.

The Catholic Church, which had been in the headlines all summer for all the wrong reasons, did not end up playing a crucial role in this election campaign, though.

Starting in May, Canadians were shocked by the discovery of unmarked graves near former Indian residential schools run by Catholic entities. (This should not have been news: An entire volume of the final report from the 2015 Truth and Reconciliation Commission addressed this issue in detail, while Indigenous survivors had long testified to their concerns.) Provincial governments and (some) Catholic leaders belatedly rushed to offer assistance in identifying remains and to start the process of seeking truth and healing with Indigenous communities.

But in the heat of the election campaign, many Indigenous leaders remarked how their concerns remained unaddressed. Still, Prime Minister Trudeau did anger the hierarchy when he chided Catholic bishops for not issuing an apology (as Protestant churches and Catholic religious orders had done). He also criticized the bishops for not inviting Pope Francis to come to Canada so that he could offer an apology for the church’s historical abuses, as requested in the Truth and Reconciliation Committee’s report.

For their part, the Canadian Conference of Catholic Bishops announced that a delegation of Indigenous leaders and residential school survivors would travel to meet the pope in December. But the leader of Canada’s largest Indigenous organization, RoseAnne Archibald, announced that neither she nor her organization, theAssembly of First Nations, would participate. “We want the pope here in Canada,” she said.

Some Catholic organizations like Catholic Conscience prepared voting guides for Catholic voters. Due to the pandemic, however, such groups were not able to organize large in-person events, as they had done throughout previous campaign periods.

But one interfaith coalition, the Faithful Election Conversation, offered a novel online initiative. In a series of three-minute videos produced by the coalition, experts explained four priority issues—Indigenous rights, climate justice, poverty and inequality and religious intolerance. Each video ended by asking parliamentary candidates three questions, followed by three-minute responses to the questions from four of the parties’ candidates.

American Catholics may notice yet another difference between our two political realities. While the U.S. bishops prepare a controversial doctrinal statement—which may include guidance about denying Communion to pro-choice Catholic politicians—Canadian bishops remained comparatively mute during the election. Last Friday, three days before election day, when few people would see it, the Canadian Conference of Catholic Bishops released a rather vacuous statement, reading less than 300 words, which described the act of voting as “a duty, a gift and an opportunity.”

But surely here was an election nobody “won.” 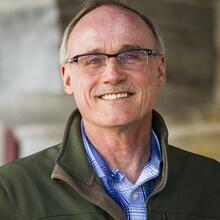 Joe Gunn is the executive director of Centre Oblat: A Voice for Justice and formerly served for over a decade as the director of social affairs for the Canadian Conference of Catholic Bishops.

@Pepito1439
Show Comments ()
Join the conversation: Login or create an account
Before you can comment, you need to update your profile to include your first and last name, as required in our comments policy. Then reload this page and you'll be set up for commenting. Update your profile