11 (bipartisan) ways to improve voting in the United States 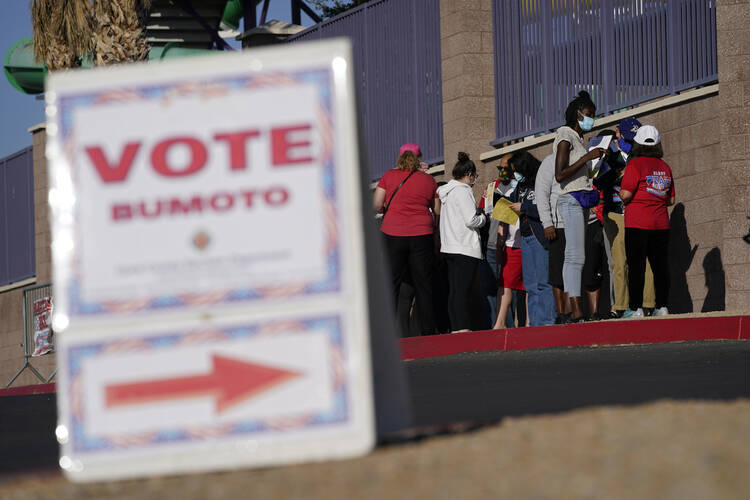 For another view of the best strategy to achieve election reform, see “It’s too difficult for ‘ordinary’ people to run for office. The For the People Act can change that.” by Matt Keller.

The divisive election of 2020 and the attack on the U.S. Capitol have given us more proof that American democracy itself is being endangered by our party system and the mainstreaming of fringe propaganda. Our political culture increasingly encourages people to think that their social identity depends on extreme party loyalty. This tribal mentality, along with a tsunami of lies and disinformation, made millions of U.S. citizens doubt the legitimacy of a national election in which mail-in ballots were sensibly encouraged because of a pandemic.

But these events may lead to a rare opportunity to remake our electoral system with strong national standards. Besides expanding access to the ballot, a major reform package can give Republicans a way to move beyond the Trump presidency and calm the conspiracy-driven fury among many in their party. National voting standards could improve the election process across the nation and, if done correctly, restore trust in the process among voters in both parties.

National voting standards could improve the election process across the nation and, if done correctly, restore trust in the process among voters in both parties.

Three recent bills have stalled in the U.S. Senate after passing the House in 2020. The For the People Act would reduce gerrymandering, create national standards for voter registration (including an online option), limit disenfranchisement of felons who have finished their terms and limit partisan efforts to challenge voter registrations, as well as strengthening financial disclosure requirements. It has been reintroduced in the Senate in 2021, and one poll shows that even 56 percent of Republican voters support it; but it stands little chance of passing in its current form. [Update: The U.S. House passed the bill on March 3.] The Protecting Our Democracy Act would reduce abuses of the presidential pardon power and make it harder for political campaigns to use information gained from foreign sources. And the John Lewis Voting Rights Advancement Act would restore federal oversight of changes to state election laws that may reduce voter participation, especially when such changes disproportionately affect minority groups.

These are all good ideas, but Congress can do even more to restore trust. A new “Voting Integrity Act” should be a comprehensive recipe for bipartisan consensus and include at least the following 11 elements. Federal funding to assist states in administering elections could be made contingent upon adopting these reforms.

A national standard for voter registration. This standard would include multiple ways to register to vote, including the presentation of a photo ID or a larger set of documents proving residence without a photo ID. Registration could be completed by the submission of documents online, by mail or in person at town, county or state offices such as the Department of Motor Vehicles or the local post office.

A national registry of voters. A registry of U.S. voters could be managed by an independent federal commission and run with blockchain technology to prevent tampering. The presumption must be that people report their identity and residence honestly (the state has the burden to prove them wrong), but the registry should also flag any inconsistencies with public information implying that a voter has died or moved, and then follow up with the voters themselves to resolve any uncertainties about their status. Registry data could routinely be compared with information from tax filings, death certificates, passport applications and other points of interaction with the federal and state governments.

The For the People Act is a good idea, but Congress can do even more.

This system could send email and paper mail messages to every registered voter in January of an election year and ensure that they have easy methods of correcting any mistaken information. The registry could also send every voter who does not opt out of this feature a federal photo ID card bearing the registry information, good for five years at a time, which must be accepted as sufficient proof of identity when someone comes to the polls or votes by mail. If we want to minimize both fraud and inadvertent errors, this is the fairest reliable way to do it.

Standard vote-by-mail options in every state. This would end one kind of vote suppression, efforts to block legitimate ballots from being counted because they were not received by Election Day. In every state, ballots postmarked by Election Day should be counted. It should also be free to mail ballots, and the Postal Service should give them priority with tracking. (This ensures that voters who relied on anyone else’s help to mail their ballot can check that their ballot was actually mailed.) Voters should be able to confirm their identity if their mail-in ballot is challenged during the counting process. And given the problems with signature matching—people sign differently depending on the pen, time of day, coffee intake and many other factors—identities could be confirmed with a unique PIN that each voter enters on her or his mail ballot. States need not send everyone mail ballots automatically, unless warranted by a national emergency, but all states should make it easy for registered voters to request a vote-by-mail ballot by phone, online or in person.

Double-blind vote counting. Both voting machine results and mail ballots should always be counted twice, with any significant discrepancies between the counts examined in more detail. Poll watchers from the largest parties could inspect these results, observe proof-of-identity checks during in-person voting, and watch the opening and processing of mail-in and drop-box ballots. An impartial judge should be available to rule quickly on ballots whose status remains disputed after an apparent voter is contacted for confirmation and given the chance to respond.

More time to vote. At least one early, in-person voting day on a weekend should be available in every state, and Election Day itself should be a national holiday.

Equal access to voting by town and neighborhood. States should make an in-person polling center or drop box available within five miles of everyone’s residence (with exceptions for the most sparsely populated areas). States should also make available enough voting booths and staff so that no one ever has to wait longer than one hour on Election Day. These rules can end the incentive to create long lines that can discourage voting in certain areas.

States should make available enough voting booths and staff so that no one ever has to wait longer than one hour on Election Day.

Restoration of voting rights for most ex-prisoners. No one should be deprived of the legal right to register to vote for more than five years after the completion of a sentence for low-level felonies, as defined by federal law. Nor should payment of outstanding fines be required to register, as this is effectively an unconstitutional poll tax.

Clearly understood ballots. Paper ballots and voting machine screens should be designed to ensure that it is clear how to vote for each candidate (e.g., no confusing arrows), and punch card systems (of “hanging chad” infamy) should not be allowed. Ballots should also make it easy to see each candidate’s party affiliation.

Penalties for voter-discouragement and voter-confusion tactics. Paid advertising and social media posts intended to discourage groups of people from voting, to mislead people about their voting opportunities or to scare people away from polling places should become a federal felony, punishable by not less than a $10,000 fine and five years in prison. To stymie another form of dirty trickery, candidates with names similar to anyone already on the ballot should be clearly separated and distinguished (with emphasis given to their party affiliation). Also, anyone who is found to accept bribes in order to run for federal office—perhaps to siphon off votes from a similarly named candidate—should be subject to a minimum of five years in prison.

Automatic recounts. Every state should be required to recount its entire set of ballots if the margin of victory is less than 0.5 percent statewide. Every county with less than a one-percent margin of victory should also recount. But any party filing suit to protest a vote-counting procedure, final tally or recount should have to pay a $500,000 fine if the suit is ruled by a three-judge panel to be frivolous or not based on hard evidence.

Ranked-choice voting in federal elections. Going beyond improvements in registering, casting and counting votes, a ranked-choice election system would mean that each voter could rank up to (say) three candidates for each federal office. If no candidate wins an outright majority in the first round, votes for the last-place candidate are reassigned to their supporters’ next choice.

This automated runoff system, now used in Maine and about to be implemented in New York City, makes it possible for people to express their true preference by voting for third-party candidates without being “spoilers,” as with Ralph Nader voters in Florida during the 2000 presidential election. It also increases turnout by making elections more competitive. Like changes to make registration easier, this reform encourages more participation by citizens who do not expect their most preferred candidate to win their district or state outright.

A law with these 11 provisions would promote confidence in the voting process and make it harder to undermine public trust through divisive rhetoric and conspiracy-mongering. National election standards could also reduce pressure on state policymakers to change voting laws in order to benefit their political party—or even to deny valid election results, as so many Republicans did after the last presidential election.

Fairness also requires consistent voting procedures across the nation. Without such measures, our democratic process may be further eroded, with more instances of post-election violence and even calls for state secession. We can fix our system now before its current flaws lead to such a breaking point. 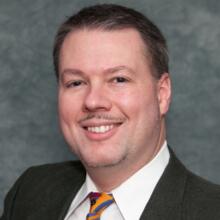 John Davenport is a professor of philosophy who teaches ethics, political philosophy, democratic theory and human rights at Fordham University. His most recent book is A League of Democracies (Routledge, 2019), and he is working on a book about constitutional reforms to the federal political system.

davenport@fordham.edu
Show Comments ()
Join the conversation: Login or create an account
Before you can comment, you need to update your profile to include your first and last name, as required in our comments policy. Then reload this page and you'll be set up for commenting. Update your profile