Bishops in Texas: The electrical grid failure was preventable. Without accountability, it will happen again. 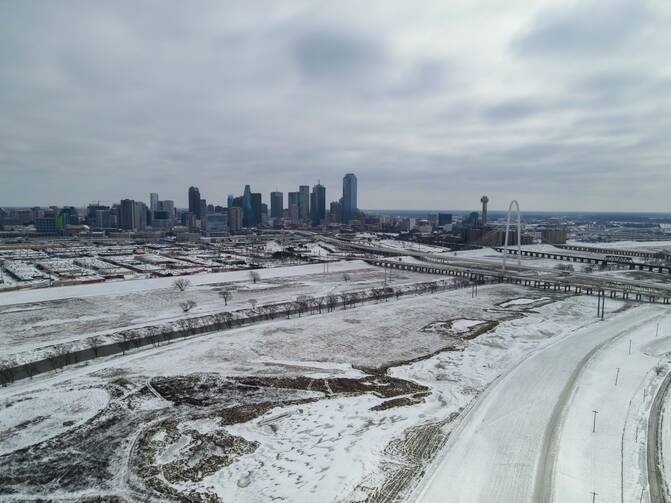 While the eyes of the nation were drawn last week to the disaster of the electrical grid failure in Texas, we soon learned this was no accident. What happened in Texas could happen in other states. The Texas power grid was 4 minutes and 37 seconds away from collapsing. This was a catastrophe in waiting. There are acts of nature, and there are acts of mismanagement and neglect. Both can wreak devastation.

Last week’s cold snap devastated Texas, while neighboring states weathered it successfully. Texas neglected basic weatherization, maintenance and preparedness. The result: drastic, last-minute decisions to cut power to millions of people in a manner that was seemingly random and unpredictable. This was done to avoid an even more cataclysmic breakdown of the electrical grid and months-long shutdowns. Those were the choices.

The poorest and most vulnerable residents suffered the most.

This failure caused untold suffering for four million residents of Texas. The poorest and most vulnerable residents suffered the most. There were many accounts of people in homes with 30-degree temperatures on the inside; people sleeping in their cars or in buses. From the Rio Grande Valley to Dallas and across the state, churches and parishioners opened their doors to neighbors, providing food, water and shelter, at times without power themselves. Many were unable to receive dialysis or the oxygen they needed. More than 40 people died. It was a difficult week for millions of Texans, much suffering that could have been avoided.

We are an independent-minded state—“Don’t Mess with Texas” is a popular motto. This also means that we have our very own independent energy grid largely cut off from the rest of the country and managed by the Electric Reliability Council of Texas. While this may sound like a public agency charged with overseeing the grid, it turns out it is a council of energy providers watching over themselves. Reform will require more than simply changing the members of this board.

The recovery will be lengthy, and while we desperately need immediate relief, we must also seek long-term systemic change. As faith leaders, we have a responsibility to cry out for the vulnerable and seek the common good, and this means the reform of a utility system that has served as a means for profit, putting profit before people. Last week, The Network of Texas Industrial Areas Foundation Organizations with interfaith leaders from across the state held a press conference, urging the governor and legislature to take responsibility and put people before profits. It is time to direct recovery resources and restructure utility oversight to protect all, especially the poorer residents already on the edge because of the pandemic.

Archbishop García-Siller: The Texas weather disaster reminds us that we all need a Good Samaritan
Gustavo García-Siller

We should all see this as a warning about our crumbling infrastructure. There are ongoing attempts to undermine the public sector—to diminish the capacity of government to provide for the common good. We are all losing the sense of this, and the most vulnerable will suffer. Let us remember the words of Pope Francis, when he addressed Congress in 2015: “You are called to defend and preserve the dignity of your fellow citizens in the tireless and demanding pursuit of the common good, for this is the chief aim of all politics. A political society endures when it seeks, as a vocation, to satisfy common needs by stimulating the growth of all its members, especially those in situations of greater vulnerability or risk.”

As stewards of the earth and of the common good, all must participate in the building of a more just society and seek the good of all in a positive manner. 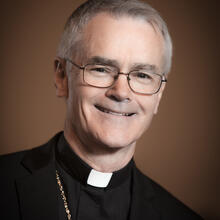 The Most Rev. Greg Kelly is an auxiliary bishop in the Diocese of Dallas, Tex. 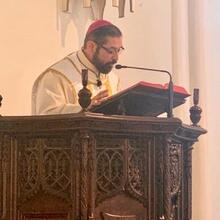