Catholics are overrepresented in the 117th Congress, but where are the ‘nones’? 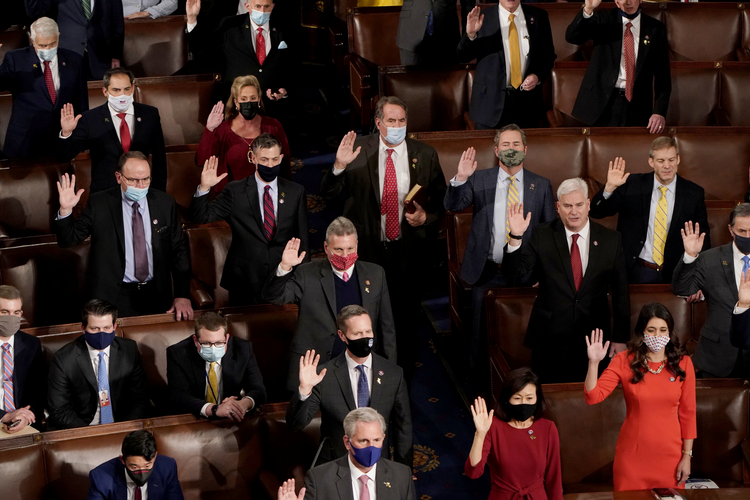 Republican members of the U.S. House of Representatives take their oath of office on the floor of the House Chamber during the first session of the 117th Congress on Capitol Hill in Washington on Jan. 3, 2021. (CNS photo/Joshua Roberts, Reuters)

Among the 55 Jesuit-educated members of the 117th Congress are 13 senators and 42 House members from 11 Jesuit institutions.

Americans who are unaffiliated with any faith, often referred to as “nones,” now constitute 26 percent of the population, according to Pew, but are publicly represented by only one member in Congress.

Nones not represented?
While 26% of U.S. adults describe themselves as atheist, agnostic or “nothing in particular,” just one member (0.2%) of the new Congress—Senator Kyrsten Sinema, Democrat of Arizona—self-identifies as religiously unaffiliated.