We’re being too Protestant about the vaccine rollout 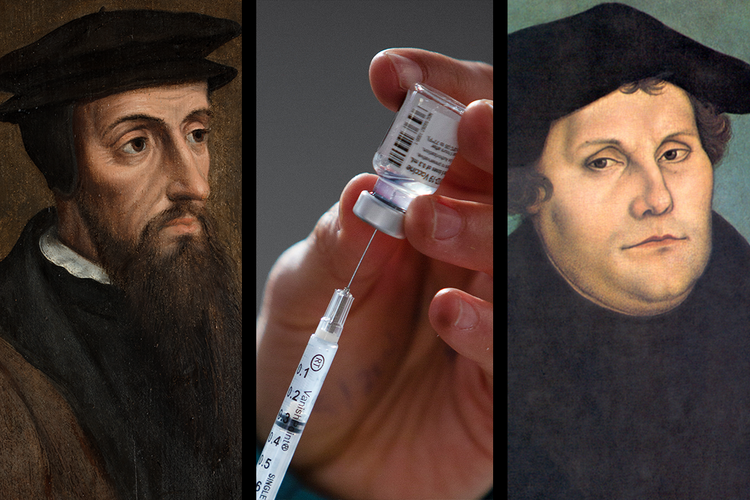 The Covid-19 vaccine rollout in the United States is full of people taking advantage of the system. At least that is what one popular narrative would have you believe. This perception intensified this week when Stacey Griffith, a 52-year-old spin cycle instructor, received the vaccine in New York, claiming that she was eligible because she was “an educator.” (She has since apologized.) Outrage over the incident was so widespread that it received a write up in several  papers of record (even an explainer) and a comment from the mayor of New York.

But it is not just celebrity fitness instructors who concern us: We are also worried that prisoners (who have no option to socially distance), hospital workers who don’t go into work enough, and—God forbid—smokers are all getting the vaccine before they ought to.

After months of quarantine and job loss and illness, we are anxious for the pandemic to end and, it seems, ready to turn on one another. And despite the scarcity of vaccines, we are letting doses go to waste. After a provider in Ohio was suspended for letting nearly 900 doses spoil, Amesh Adalja, an infectious disease specialist at Johns Hopkins University, told NPR that “there was nervousness amongst people, if they weren't able to vaccinate everybody that day and they had leftovers, that they didn’t know what to do with those doses.”

Why aren’t more people getting the vaccine even though they are eligible? There are of course very sensible and true “big” reasons: systemic racism in the health care industry has led to an understandable suspicion of the vaccine among people of color and a botched rollout in many neighborhoods. In many cities, vaccine registration takes place online, making it difficult for poorer communities and the elderly to sign up. Until recently, there was essentially no plan to increase vaccination numbers and improve trust in the vaccine. But there are other psychological, ethical and theological reasons at play.

Consider this: My Facebook feed has been full of “vaccine selfies.” They mostly come from health care workers and are legitimate sources of joy in the middle of my habitual doomscrolling. But it is also (mostly) uncontroversial. The first priority groups to get vaccinated, by design, will also be the least objectionable. Who would dare suggest that a nurse working in the intensive care unit not get the vaccine? Or an elderly person with a preexisting condition?

But we are now entering a period in which the optimal prioritization of categories of people will lack any semblance of public consensus. I can already imagine the comments on Facebook: “Why should that 28-year-old school aide get vaccinated? I live at home with someone who is elderly.” “Wasn’t she just posting misinformation about Dr. Fauci? How dare she get it.”

While our nation has become much more religiously diverse, the country’s theological outlook remains fundamentally shaped by early Protestant thinkers

Why do we do this? We are broken, imperfect, sinful people, of course. All of us. But we are also way too attached to those labels, especially when it comes to how we see our neighbors. While our nation has become much more religiously diverse, the country’s theological outlook remains fundamentally shaped by early Protestant thinkers: Luther is said to have described humans as dunghills, covered in the pure snow that is God’s grace; Calvin emphasized that grace only goes to the deserving, chosen by God. More recently Joel Osteen argued that we can join the predestined, the prosperous, by doing the right things and saying the right prayers. Excuse the pithiness and logical inconsistencies; it nevertheless summarizes the light by which most Americans (not just Protestants—this is also your average American Catholic’s outlook) see the world. Even before the pandemic, we were confused about who are the deserving: Nobody? The chosen? Those who do the right thing? And in the midst of the pandemic chaos, we have become fixated on figuring it out.

This worldview causes us to obsess over who is “worthy” enough to get the vaccine. It also helps explain why there is a strong, bipartisan desire to means-test any government benefit. We are dominated by the fear of giving to the “undeserving.”

We are dominated by the fear of giving to the “undeserving.”

If the national psyche is unable to grasp that grace is a truly unlimited resource, freely given to all, then we are bound to fall into scruples about what we do with our limited resources.

In one particularly galling example, New York City’s health commissioner, Dr. Dave Chokshi, contracted the coronavirus recently because he didn’t feel “quite right about getting vaccinated while we still have such limited supply, particularly when so many more vulnerable people needed to get vaccinated themselves.” Well, doctor, thanks to your humility, the health executive for the country’s largest city will be out sick for a couple of weeks in the middle of a pandemic.

Anyone who has ever been stuck at an intersection with a four-way stop sign knows that someone trying to be polite about their turn just makes the entire process go slower—and raises the risk of an accident. That will be a reality played out over and over with the vaccine rollout unless we lighten up soon.

“He makes his sun rise on the evil and on the good, and sends rain on the just and on the unjust,” Jesus says. Well, the coronavirus infects the evil and the good, too, and we need them all to be vaccinated if this pandemic is ever going to end.

Whether or not individual, particular people are vaccinated first hardly matters for ending the pandemic. The mutations have shown that no one is going to be protected from this disease unless all of us are. The faster everyone is vaccinated, the better.

We need to look for systematic abuses and inequalities of the vaccine distribution system, such as racial disparities, and strive to right those. The Trump administration, which peddled bogus election theories when it could have been developing a more comprehensive plan for the vaccine rollout, should be held accountable. But our nation’s ongoing fascination with individual instances of vaccine line-cutting is doing much more to distract us from our common goal of herd immunity than to achieve it.