If President Biden is serious about unity, he should (once again) support the Hyde Amendment 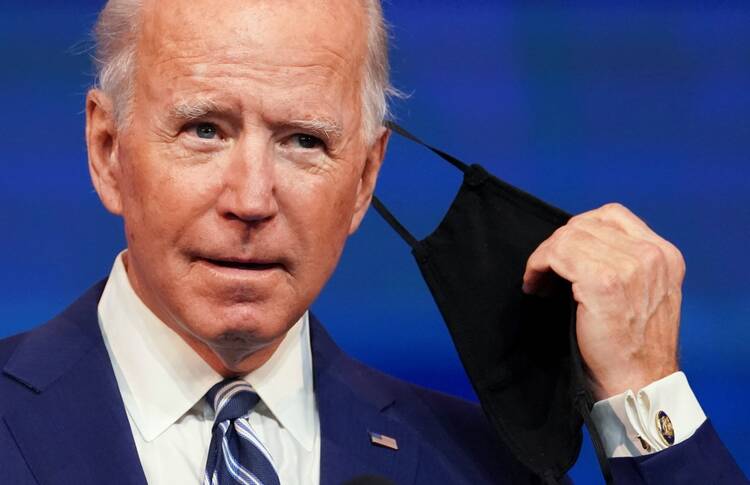 If Mr. Biden is really listening, he will understand the value of preserving the abortion funding bans that have stood for decades. (CNS photo/Kevin Lamarque, Reuters)

On the eve of Thanksgiving, President-elect Joseph R. Biden Jr. addressed the American people, reminding us: “To love our neighbors as ourselves is a radical act, yet it’s what we’re called to do. And we must try, for only in trying, only in listening, only in seeing ourselves as bound together in what Dr. King called a ‘mutual garment of destiny’ can we rise above our divisions and truly heal.”

These words are inspiring. Loving our neighbors, as President Biden says, is a radical “act.” It lies in not merely paraphrasing Jesus Christ but imitating him. It is the good Samaritan refusing to pass by the battered man lying in the road, as others had before him. It is not merely wearing a garment for appearance’s sake but knitting together a raiment of service and wearing that garb above all partisan and political imperatives.

The policy that prevents federal funds under most circumstances from being used for abortions was born in bipartisan consensus in 1976, earning practically equal numbers of votes from Democrats and Republicans.

The wounds of this not-quite-past election are still sharp, and our divisions are not merely the results of the passions of ego and ambition. So how might Joe Biden act to foster healing in the land? An obvious answer would be to return to his previous, lifelong stance against compelling the American people to finance abortions.

The Hyde Amendment is not a remnant of bitter partisanship. Quite the opposite. The policy that prevents federal funds under most circumstances from being used for abortions was born in bipartisan consensus in 1976, earning practically equal numbers of votes from Democrats and Republicans. Since then, the Hyde Amendment has been attached to federal spending bills almost every year. The presidencies of Jimmy Carter, Bill Clinton and Barack Obama came and went without major attempts by any of them to “repeal Hyde.”

Until the summer of 2019, Mr. BIden embraced the Hyde Amendment as a way to protect taxpayers’ consciences.

Mr. Carter, in fact, appointed a pro-life Catholic, Joseph A. Califano Jr., to head the Department of Health, Education and Welfare. Mr. Carter rebuffed a rebellion by his own female appointees who wanted him to reverse course and impose tax-paid abortions. He wrote “no” in response to their memorandum seeking the Hyde Amendment’s demise and told them that his public stance (supportive of the Roe v. Wade decision) was “actually more liberal than I feel personally.”

President Biden apparently holds, or held, a similar stance. Until the summer of 2019, he embraced the Hyde Amendment (as had a variety of his Democratic contemporaries—Al Gore, Tim Kaine and Dick Durbin among them) as a way to protect taxpayers’ consciences. That included his own, as Mr. Biden deplored the Roe v. Wade decision in 1973, saying the Supreme Court went “too far.”

Today, elements of the Democratic Party have become even more extreme on the abortion question, embracing state laws that allow the ending of an unborn child’s life until and even just after birth (in the event that an abortion fails) and forcing taxpayers to finance it. Radically permissive laws have been added to the books in New York, Rhode Island, Vermont, California, Virginia and elsewhere, ignoring national public opinion that has consistently favored the Hyde Amendment and similar legislation over many decades.

Analysts who have looked closely at the 2020 election results have said they bode no major change in the public’s policy preferences. As one Democratic congressional victor put it, themes like defunding the police and providing “Medicare for all” cost the party dearly in down-ballot races. There is every reason to believe that taxpayer funding of abortion on demand is another such issue. A January 2020 Marist poll, sponsored by the Knights of Columbus, found that six in 10 American adults opposed taxpayer funding of abortion. (And only 33 percent said that abortion should be legal at any time during a pregnancy.)

The long and short of it is, Joe Biden had it right the first time. And love for our neighbors is indeed at stake. Through the round-the-clock sacrifice of thousands of pregnancy help centers, the pro-life movement and its allies are helping women in difficult circumstances to choose life for their unborn children. They work to both address their fears and meet their practical needs, not merely for pregnancy care but for dealing with personal issues, education and work challenges, and family strife.

The likelihood of a grand gesture of this type from Mr. Biden may be small, but returning to his support for the Hyde Amendment would do much to underscore that he understands where the American public is regarding abortion. The life issue is too important to ever go away. If Mr. Biden is really trying, really listening and really seeing, he will commit a radical act of reconciliation and promise to preserve the abortion funding bans that have stood for decades. 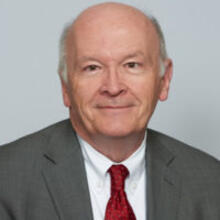 Charles A. “Chuck” Donovan is the president of the Charlotte Lozier Institute. He has served as legislative director of the National Right to Life Committee, a senior writer for President Reagan, executive director of Family Research Council and a senior research fellow at The Heritage Foundation.