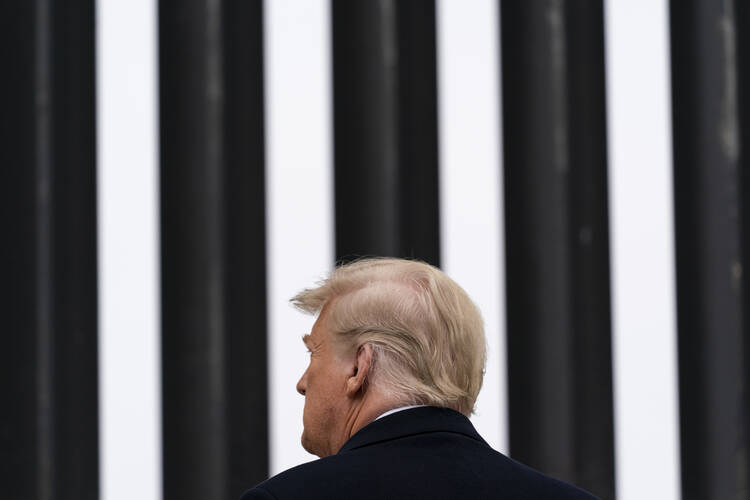 Do laws still matter? As an immigrant from Argentina, having survived our country’s “Dirty War” of the 1970s by fleeing to the United States, I am sensitive to the warning signs of lawlessness and inhumanity among government officials. I also know how long it can take to recover from this lawlessness. The Grandmothers of the Plaza del Mayo are still locating—through DNA tests—their grandchildren. These are infants taken 50 years ago by the Argentine military, often after brutalizing and “disappearing” the child’s mother.

What has been happening to immigrants and refugees in the United States will likewise take generations to uncover and resolve. President-elect Joe Biden had said that on “Day 1” of his administration he would begin reversing the Trump administration’s restrictive asylum policies. But The Washington Post reported in late December that Mr. Biden now acknowledges that such changes will take months, as he wants to avoid a situation with overworked immigration judges and “two million people on our border.” Reuniting separated families may take even longer.

What has been happening to immigrants and refugees in the United States will take generations to uncover and resolve.

With no public debate over the policy, systemic family separations at the U.S.-Mexico border began in late 2016—just before Donald J. Trump became president. At the time, U.S. detainee abuse had already been well documented. A 2015 report from the U.S. Commission on Civil Rights stated that migrant detainees were subject to “torture-like conditions.” In fact, the U.S. Conference of Catholic Bishops, the United Nations, the American Civil Liberties Union, Human Rights Watch, the Center for Migration Studies and the Women’s Refugee Commission have long exposed the abuse and endangerment of immigrants in U.S. custody. Watchdog groups and investigative journalists alike have documented sexual abuse and medical neglect of children in detention.

Maunica Sthanki gave a damning indictment in the Rutgers University Law Review back in 2013: “The U.S. immigration detention system, the largest law enforcement operation in the country, operates with structural impunity resulting in the perpetual abuse of the detained population. There are no enforceable regulations and no accountability mechanisms” to protect detainees. Ms. Sthanki found that ICE’s “culture of abuse” had resulted, over many years, in “dehumanizing physical, sexual and medical abuse.”

Mothers held with their children at a detainment facility in Berks County, Pa., went on a hunger strike in 2016 to protest their indefinite detention. The 1997 Flores Agreement had made it illegal to detain minors for more than 20 days, but mothers had been detained with their children in the Berks County facility for 60 to 365 days. “On many occasions our children have thought about SUICIDE because of the confinement and desperation that is caused by being here,” wrote 22 of the mothers in a letter to Jeh Johnson, then the secretary of Homeland Security. One of the mothers told The New York Times that her 6-year-old son had threatened to choke himself out of frustration with their detainment. And in April 2016, according to The Guardian, a detention center guard at Berks was convicted of “institutional sexual assault” against a 19-year-old Honduran detainee.

I began translating for asylum seekers and tracking violence against detainees five years ago. Under previous U.S. presidents, there were reports of rapes committed against detained males, females and even children, with credible allegations against members of the U.S. Border Patrol and ICE. I did not think things could grow worse.

Yet by 2018, female ICE detainees were reporting gang rape; one woman said she had been sexually attacked by three masked guards at one time. Parents in detention reported being told by guards that their child was being taken for a bath, then never seeing the child return.

In February 2019, we learned of over 5,800 complaints of sexual abuse from unaccompanied minors in U.S. custody over a span of four years. That November, the Office of Inspector General for the Department of Homeland Security reported that there was no reliable way to trace or “track separated migrant families during the execution of the Zero Tolerance Policy.”

WHYY, an NPR station in Philadelphia, published an essay by the documentary filmmaker Michelle Angela Ortiz in August that summed up current conditions: “In May, ICE presented a false choice for parents, to choose between indefinite detention, which could last years while the global pandemic continues, or give up custody of their children to the agency, a new form of family separation. As long as ICE is allowed to detain families, it will continue to pressure families to release their children into the custody of an agency that has lost, sexually assaulted, and killed children.”

Our nation will need more than one truth commission to document disappearances, reunite families and piece together “historical memory” from this dark chapter of U.S. history.

In July 2020, we learned that unaccompanied migrant children were being shunted to hotels, instead of accredited Office of Refugee Resettlement shelters. By Sept. 11, at least 8,800 of these migrant youth, including children separated from their family members, had been deported without due process. On Oct. 21, 2020, ABC reported that5,500 immigrant families had been separated at the border between 2017 and 2018, and U.S. authorities had still not located the parents of 545 children.

Last September, we also learned of allegations that “nonconsensual and medically unnecessary” hysterectomies were forced on female detainees at an Immigration and Customs Enforcement facility in Georgia. Then the Southern Poverty Law Center and several human rights organizations filed a suit alleging that ICE agents used physical violence to coerce eight asylum seekers from Cameroon to sign their own deportation papers.

Though the incoming Biden administration is expected to improve our nation’s treatment of refugees and immigrants, help will come too late for many. Our nation will need more than one truth commission to document disappearances, reunite families and piece together “historical memory” from this dark chapter of U.S. history. This will take years. Take it from an Argentine, we understand desaparecidos—those “disappeared” under lawless governance. As does Pope Francis, formerly the archbishop of Buenos Aires, who has campaigned relentlessly on behalf of protecting stateless refugees.

This winter, as the Covid-19 pandemic peaks, refugee camps and shelters in Mexico grow and become ever more dangerous. While here, trapped in windowless facilities with Covid-19 and worse, many of the 52,000 detainees, including an unknown number of minors, may soon pay with their lives, unable to socially distance.

These last four long years have triggered my P.T.S.D.; the same is true of other survivors of state terror whom I know. Survivors of global atrocities have made up a majority of America’s immigrants and refugees since the founding of this nation. Even the Holy Family found themselves forced to become refugees. How lucky for humanity that they survived. Imagine fleeing today, spending all you have and risking your life to travel all this way, only to find state terror.

One wonders how an avowed Christian nation could lose all moral compass. Yet, in 2020, we saw U.S. citizens, including children and pregnant mothers, tear-gassed in our nation; saw people lose their eyes to rubber bullets from police; we even saw one teenager obtain an illegal firearm and end up killing two protesters in a confrontation in Kenosha, Wis. All because of citizens exercising their First Amendment right to protest state abuse. And in the first week of 2021, on the feast of the Epiphany, we saw the U.S. Capitol being overtaken by a deadly mob.

Even so, and despite all our ongoing tribulations, I still thought our nation would reverse course by now and commit to rescuing endangered, disappearing children. It hurts to be this wrong.

More stories from America:
-What would St. Thomas More say to Catholic Trump supporters?
-The Trump administration wrecked refugee resettlement. Can Biden build it back? 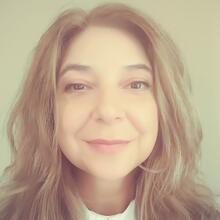 Gabriela Romeri has written for Maryknoll and Misioneros magazines. She has been published by Orbis Books, Paycock Press and the advocacy group No More Deaths, among others. After years spent connecting immigrant families to legal resources and offering translation services, she has recently returned to Argentina.