‘I fell to my knees’: Reader reactions to the Capitol riot

‘I fell to my knees’: Reader reactions to the Capitol riot 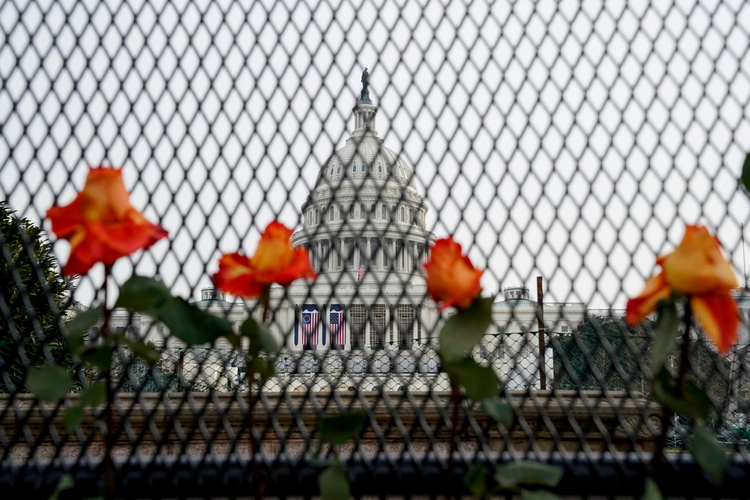 The assault on the national Capitol on Jan. 6, 2021, will be remembered as one of the most despicable events in U.S. history. Below is a selection of reader comments from across America’s coverage of the riot.

I fell to my knees when I saw the images of the assault on the Capitol, cried, and prayed to God that it stop. My next thoughts went to my father and his fellow military members and their sacrifices during World War II to wipe out Nazism and facism. I am glad the majority of them did not live to witness this— and am painfully sorry to those of them who did.
Sara Beis

How do we as Christians, however fervent, understand renegades, some of whom assaulted the Capitol Police, carried Confederate flags, made a gallows, left pipe bombs and plotted handcuffing members of Congress, even Mr. Pence? What of those who have peddled untruths to curry favor and undermine democracy (and perhaps try again)? Overall, I’m reminded of remarks at the end of Moby-Dick, when Starbuck scorns the brutal hunt a deranged Captain Ahab has led. “In Jesus’ name no more of this,” the first mate cries, “that’s worse than devil’s madness. Shall we be towed by him to the infernal world?” Here on the precipice, caring matters—but first, we must insure this never recurs.
R. Jay Allain

[Jan. 6] has proved beyond any doubt that character counts. All the party-before-country voters who found Trump’s behavior repugnant but supported him anyway helped to create this assault on our democracy. Today’s travesty cannot be brushed aside, as so many others were. Trump and his enablers need to be held accountable, and we need to vow never again to look the other way when corruption stares us in the face.
Fran Abbot

Among the many devastating moments of the day was the sight of an enormous cross being hoisted by ropes maneuvered by the president’s supporters. As I watched them struggle with the cross, I had a thought that strikes me simultaneously as surely sacrilegious as their action but also likely true: almost certainly those who took the final steps in the sacrifice of Jesus would have struggled to hoist and steady that cross, too. I am not smart enough to tease that out in any way that might be meaningful for others but I know what I saw: the desecration of Christianity and the near-sacrifice of American democracy.
J. Jones

What saddens me is that so many millions have embraced the hypocrisy, hatred and division of this presidency because it has been wrapped in a pro-life cloak. A year ago, the president spoke at the March for Life in the same vicinity where on Jan. 6 he stoked and inflamed hatred, division and violence.
Gary Dowsey

Mr. Trump must be held accountable, but all the Republicans in the House and Senate who supported his bogus claims, especially Senators Hawley and Cruz, must also be held accountable. They knew full well that Trump’s claims were bogus. They could easily have defused the situation by telling the truth.

Four years ago the Republican party truly made a Faustian bargain with Trump to further their desire to appoint lifetime conservative judges and to benefit the wealthy. At the time of Trump’s impeachment, the Republicans, except for Senator Mitt Romney, gave Trump a pass. He alone appealed to his Christian faith to support one of the impeachment charges. Where were all the other Christians who had also taken an oath before God to uphold the Constitution?
John Dahmus

One only has to recall the actions of the president in June when he ordered National Guard troops to disperse the peaceful Black Lives Matter protest in Washington, D.C., because he wanted to pose with a Bible in front of a church. Place that next to the easy access protesters gained yesterday to the Nation’s Capitol. This is an issue of race, and it is disheartening and disturbing that our nation’s leader is condoning violent behavior.
Boreta Singleton

This article also appeared in print, under the headline “The Capitol Riot: "I fell to my knees",” in the February 2021, issue.