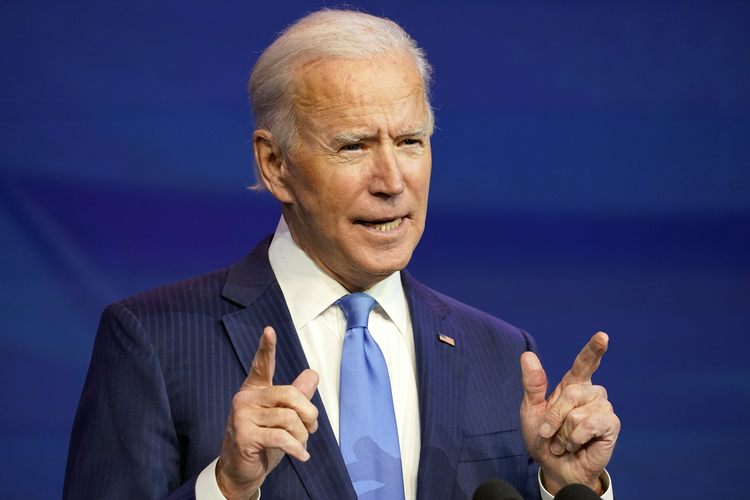 (RNS) — As the Biden-Harris administration takes shape, there is an opportunity to gather people of diverse religious traditions to work in partnership with the federal government in areas that advance the common good. Amid a pandemic and growing poverty, the need for partnership has never been clearer.

To begin that work, the new administration will need to make a priority of reestablishing the White House Office of Faith-Based and Neighborhood Partnerships, an office effectively eliminated by the Trump administration.

George W. Bush first established a version of the faith-based office in 2001. But while the office was used to promote partnerships with faith groups, critics asserted that it was also used to funnel grants to organizations led by individuals who would advance Bush’s political agenda. Those critics included the first director of the office, who resigned. Still, Bush provided a start.

Barack Obama brought a different vision. Obama’s White House Office of Faith-Based and Neighborhood Partnerships did not have direct grant-making powers. Instead, a national advisory council of esteemed religious leaders worked with the office’s directors — Joshua DuBois in Obama’s first term and Melissa Rogers in his second — to identify shared areas of interest and to develop policy recommendations for the president’s consideration.

The Obama administration created satellite offices in the various federal agencies to steer religious and neighborhood leaders to relevant officials, depending on the issue. For example, the U.S. Department of Housing and Urban Development’s faith office assisted local faith and neighborhood leaders in opening emergency shelters and affordable housing.

Obama also hired an assistant director, Paul Monteiro, who was available to coordinate work and connect religious leaders with officials in the White House.

Those who worked with the White House Office of Faith-Based and Neighborhood Partnerships were not all of one mind on political or social issues. The advisory committee included supporters and critics of the president on various topics. It was also not just a Christian council. Obama valued the American ideal of pluralism, so the council included people of many different faith traditions.

As the Obama administration confronted issues like the H1N1 pandemic, school shootings and racial injustice, the faith-based office was able to enlist faith leaders and neighborhood activists to address those moments of crisis in partnership with our government.

Donald Trump abandoned this collaborative and interfaith approach. His administration created the Faith and Opportunity Initiative, and a new faith council made up almost exclusively of conservative white evangelicals who supported the president politically. Paula White, the prosperity gospel advocate who has spent most of her career in ministry awash in scandal, became a part-time staffer for his initiative.

People of faith outside of Trump’s base of white conservative evangelicals were given a stern message: You are no longer welcome at the White House. As Trump and his allies claimed his administration worked for religious freedom, the president tried to enact a Muslim ban, attacked American Jews as “disloyal” to the nation for not aligning themselves with him politically and provided special access for a narrow slice of the Christian family.

President-elect Joe Biden and Vice President-elect Kamala Harris have the opportunity to reengage with America’s diverse faith community. Biden has promised to govern as a president for all people, not just those who voted for him. Both Biden and Harris, both Christians, have long championed American pluralism.

To begin their work, the Biden administration should be ready on day one to reestablish the White House Office of Faith-Based and Neighborhood Partnerships, with appropriate funding and staffing and a clear mission. This new office should include an advisory committee reflecting America’s diversity, religious, political and geographical.

As faith and neighborhood leaders work today to address poverty, help those impacted by the COVID-19 pandemic and confront racial injustice, we are waiting for the new administration to partner with us. That day cannot come soon enough.

More stories from America
-How should pro-life Catholics who voted for Joe Biden approach the next four years?
-Trump and Pope Francis didn’t see eye to eye. Can Joe Biden find common ground with the Vatican?

Show Comments ()
Join the conversation: Login or create an account
Before you can comment, you need to update your profile to include your first and last name, as required in our comments policy. Then reload this page and you'll be set up for commenting. Update your profile
More: Joseph R. Biden Jr. / US Politics

The Rev. Chuck Currie is an ordained minister in the United Church of Christ. He lives in Portland, Oregon.