Life without parole is a ‘secret death penalty.’ It’s also against Catholic teaching. 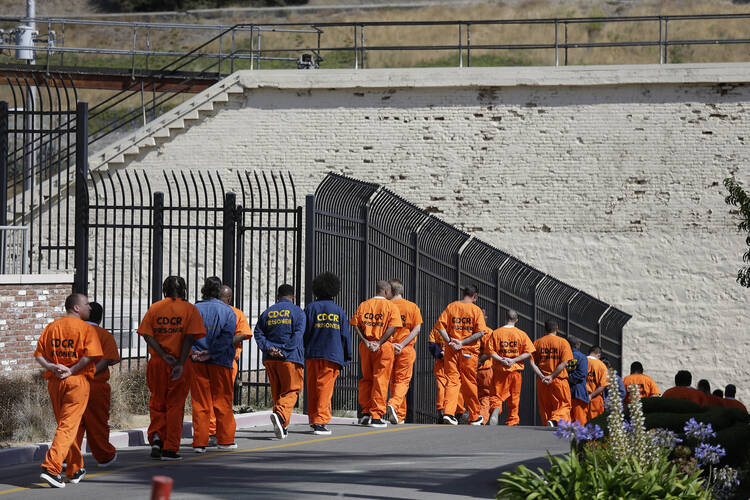 Over 200,000 inmates in U.S. prisons can expect to die there, but only 2,620 of them are on death row. The rest are sentenced either to life in prison—over 50,000 of them without the possibility of parole—or to terms long enough to be “virtual” life sentences, according to the advocacy group The Sentencing Project.

Life imprisonment is a “secret death penalty,” as Pope Francis wrote in his recent encyclical “Fratelli Tutti” (No. 268). While there has been much media  coverage of the pope’s emphasis that the death penalty is incompatible with Catholic teaching, we should not overlook his writing on life imprisonment. “Fratelli Tutti” offers a holistic view of legal punishment, calling it “part of a process of healing and reintegration into society” (No. 266). The overuse of the life sentence—a permanent exclusion from society—should gravely concern U.S. Catholics.

There are several reasons for the dramatic rise in the number of prisoners in the United States with life sentences. Tough-on-crime laws from the late 20th century have led to an increased prison population today: Habitual offender laws, such as California’s “three strikes” law, have imposed more life sentences for comparatively minor crimes; and “truth-in-sentencing” laws keep more prisoners behind bars for what are effectively life terms by reducing or eliminating parole and early release.

In criminology and criminal law, sentencing is largely thought to have four purposes: retribution, rehabilitation, deterrence and incapacitation. A retributive punishment can be justified as a kind of moral vengeance, but that is exactly what Pope Francis warns against. In “Fratelli Tutti,” he quotes St. Augustine, who told a judge sentencing the murderers of two priests, “Do not let the atrocity of their sins feed a desire for vengeance, but desire instead to heal the wounds which those deeds have inflicted on their souls” (No. 265).

Pope Francis has suggested that all prisoners deserve the “right to hope” and said, “If you close hope in a cell, there is no future for society.”

Deterrence is the extent to which the sentence might make the offender and others think twice about committing crimes in the future. A life sentence fits the logic that the harshest penalties should be the most effective in preventing crime. But a study from the National Academy of Sciences suggests that this is not the case, noting, “From 1972 to 2012, the U.S. incarceration rate quadrupled as America’s courts began handing out longer sentences.” The study’s authors write that the certainty and speed of imposing punishment matter much more in deterring crime than does the severity of sentences.

Of course, life sentences could remain necessary in the most heinous cases to incapacitate offenders deemed otherwise likely to cause further harm in the community. This does not have to be lifelong incapacitation, though, especially given the aging prison population in the United States and the attendant health care costs. Recidivism among elderly prisoners released from custody is astonishingly low—3 percent, according to one study by the Justice Policy Institute. And many life-sentenced prisoners in the United States were not locked away for crimes that make them a continued danger to the community. For example, on Oct. 15, Fair Wayne Bryant was released from a Louisiana prison where he was serving a life sentence for the theft of hedge clippers in 1997. (Mr. Bryant had four previous felony convictions, but his only violent crime, attempted armed robbery, had occurred 18 years before he was sentenced to life imprisonment.)

Pope Francis: Life without parole is not a solution to crime
Cindy Wooden - Catholic News Service

In remarks to Italian prison guards last year, Pope Francis suggested that all prisoners deserve the “right to hope” and said, “If you close hope in a cell, there is no future for society.” The revocation of hope not only harms those we incarcerate; it is also a sign of a morally deficient society. When we see our fellow citizens as irrevocably damned by their crimes, we close off the possibility that they might be drawn to penitence and rehabilitation. The salvific death and resurrection of Jesus Christ at the center of our faith call us to be eternally hopeful that all of us might be saved. When we see others as beyond hope, we reject the universality of what we believe.

“Fratelli Tutti” is dedicated, in the pope’s words, to “fraternity and social friendship.” When we permanently sever the bonds of social friendship by imprisoning people for the rest of their lives, we demean our own hope in repentance and salvation. “Fratelli Tutti” is a clarion call for Catholics to work toward ending the widespread use of this secret death penalty. 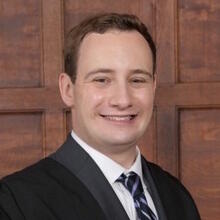 Nicholas Goldrosen is a graduate student at the Institute of Criminology, University of Cambridge, England. His research interests include sentencing, policing and the use of discretion in criminal justice.