The surprisingly Catholic roots of the European Union 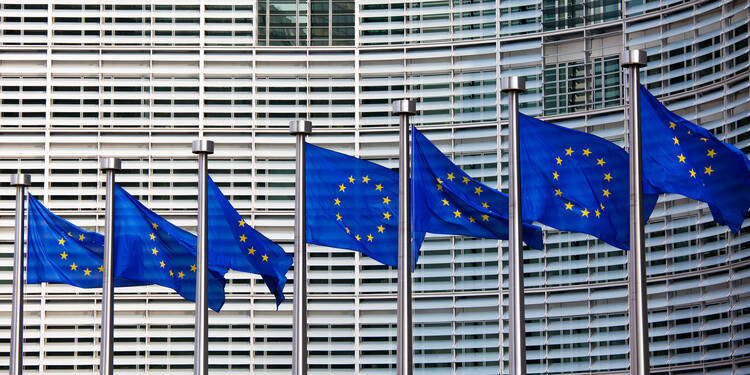 This February, leaders of an international conservative movement met in Rome and denounced the European Union as a new form of anti-Christian totalitarianism. In doing so, they ignored the E.U.’s surprisingly Catholic roots.

The Rome gathering—the second annual National Conservatism conference, or “Natcon”—was part of a growing movement that has brought together far-right party leaders and public intellectuals in the service of resacralizing the idea of Christian nationalism. Participants included Viktor Orban, the prime minister of Hungary; Marion Maréchal, of the French National Front party; Giorgia Meloni, of the Brothers of Italy party, which has roots in that nation’s postwar fascist parties; Rod Dreher, a writer for The American Conservative magazine and author of The Benedict Option; and Yoram Hazony, the author of The Virtue of Nationalism.

A growing movement has taken aim at globalism and internationalism as hostile to the freedom of religious communities and individuals.

Their movement has taken specific aim at globalism and internationalism as authoritarian projects that are hostile to the freedom of religious communities and individuals. They argue that under the cover of multiculturalism and political correctness (what Mr. Dreher calls the “pink police state”), international organizations like the European Union have imposed a regime of liberal, materialist and secular values that legally punishes religious individuals for their beliefs. Beginning with its official name (“God, Honor, Country: President Ronald Reagan, Pope John Paul II, and the Freedom of Nations”), this year’s Natcon invoked the specter of communist totalitarianism, portrayed the E.U. as its direct heir and made the case that resistance to both takes the form of Christian nationalism.

In the words of Mr. Hazony, speaking to the conference, “the European Union is an ideological construct based on an Enlightenment rational worldview where there is no room for loyalty. Every day the E.U. finds new ways to express contempt for your loyalty to nations.... Every time you use a euro banknote, you express a tiny bit of disloyalty to your own people and your own past.”

The support of Christian Democrats for the E.U. cannot be explained away as a mid-century secular turn only reluctantly adopted by the Catholic Church.

To be sure, there are important criticisms to be made of the E.U., as well as contemporary liberalism and the place of faith in the public sphere. That said, the demonization of the E.U. as a totalitarian form of secular humanism—and the idolization of Christian nationalism as an exclusive source of political freedom—represents a dangerously misleading narrative about the role of faith in either. In particular, it overlooks the important Christian and specifically Catholic ideals in the history of the E.U.

In the minds of E.U. founders like Konrad Adenauer, Robert Schuman and Alcide de Gasperi, all members of the Christian Democratic movement, the task of postwar European reconciliation required the construction of stronger international organizations and institutions. This support of Christian Democrats for the E.U. cannot be explained away as a mid-century secular turn only reluctantly adopted by the Catholic Church.

Catholic internationalism and suspicion of the nation-state go back much further than that. For much of European history, the church’s preferred political order was closer to an imperial model, as symbolized in the ideal of Christendom that was built up across the Byzantine and Holy Roman Empires. The church fought the project of national sovereignty tooth and nail, equating it with a loss of Catholic universalism and all of its globalist implications. The 1648 Treaty of Westphalia, which birthed the modern idea of sovereignty and the nation-state, was the direct result of the Protestant Reformation and the violent breakup of Catholic empire that followed. In fact, the loss of the United Kingdom to Brexit almost suggests that the E.U. is a contemporary version of the Holy Roman Empire that unites Catholic cultures and Christian Democrats across the middle of Europe.

This year’s Natcon in Rome studiously avoided this parallel. Instead, speakers emphasized the ancient, biblical roots of nations as forms of primordial, God-given communities that structure human communities in fundamental ways. While this account might make some sense when it comes to Israel, or maybe England, it does not make sense when it comes to Italy. In fact, if ever a nation was an artificial construct of the rational European Enlightenment over and against a more religious understanding of territorial organization, it is Italy. The Italian state was only created and united in 1860 following years of bitter, anti-clerical struggles with the Papal States in Rome, and the papal rulers refused to recognize the Italian state straight through to 1929. The Italian experience reflects that of other European nations with large Catholic populations, including France, Belgium and Germany, where church-state conflicts dominated the formative years of nation-state building. In all of these countries, the Catholic Church understood the nation-state as a categorical threat to its freedom, authority and privileges.

The loss of the United Kingdom to Brexit almost suggests that the E.U. is a contemporary version of the Holy Roman Empire that unites Catholic cultures across Europe.

Even though the Holy See eventually reconciled itself to the idea of a nation-state in Italy and elsewhere, and even though Christian Democratic parties would go on to govern many European states in the postwar era, both the church and these parties remained reluctant nationalists. Throughout postwar Europe, Christian Democrats worked against the centralization that marked nation-building across Europe in the late 19th and early 20th centuries. They simultaneously constructed the basic infrastructure of the E.U. and built up local governance and the tertiary sector of their countries.

Beyond the Benedict option: how Christians can engage while being counter-cultural
Michael Daniel Driessen

Some speakers at Natcon 2020, like Michal Luczewski, argued that strengthening national cultures flowed from the Catholic principle of subsidiarity. But for the Catholic philosophers who inspired Christian Democracy, especially Jacques Maritain, subsidiarity manifested itself in a more organic and decentralized vision of society, one in which international organizations and local governance worked together to protect families and faith communities from political subordination to the powerful claims of nation-states. For Maritain, the sovereign state always loomed as a paramount threat to the Christian body politic. By creating multiple layers of sovereignty, the supranationalism of the E.U. (in theory) also facilitates a devolution of power, making it less likely that centralized nation-states could exert total control over the moral autonomy of the church.

The equation of liberty, subsidiarity and religious freedom with the revival of fully sovereign European nation-states is deeply suspect on theological, political and historical grounds. And the appropriation of Christian Democracy for Christian nationalism by actors like Mr. Orban is both distorting and unsettling. If recent European history is any guide, it is a project that will end up poorly for the church. Especially in these days of the coronavirus and the geopolitical consequences to come, it is useful to remember the widely accredited role that the E.U. had in helping to reconstruct the postwar European continent; reconcile France and Germany; and make war between these nations unlikely for the first time in centuries. Our Christian, moral responsibility is to reform the E.U., not destroy it. 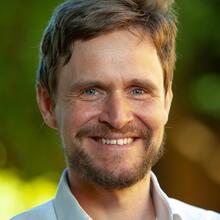 Michael Daniel Driessen is a professor of political science and international affairs at John Cabot University in Rome, where he teaches and writes about religion and politics. He is currently editing a new volume on Catholicism and European Politics.