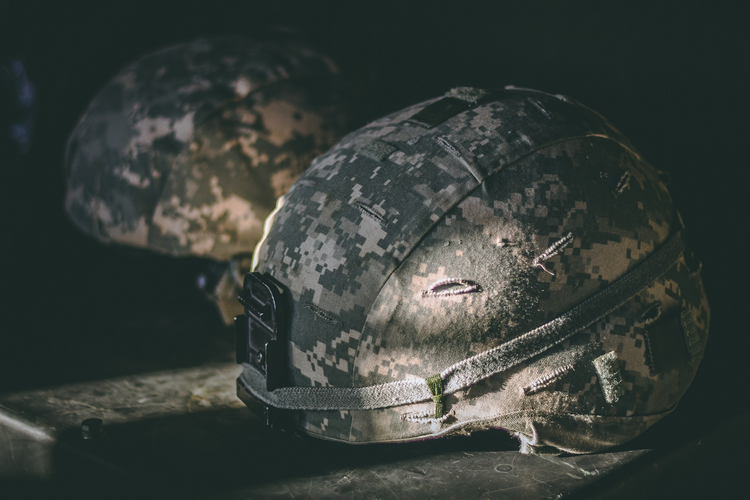 Photo by israel palacio on Unsplash

When Pete Lucier deployed to Afghanistan in 2011 he believed in the war and the Marine Corps and violence. It was only after returning to civilian life that he began to question not only the reasons for the United States’ Middle East wars but his identity as a soldier who is loved “for my sins,” as he wrote in America.

Following the U.S. drone strike on an Iranian general and ominous talk of “World War III,” we wanted to talk to Pete about the ways Americans think and talk about war. We ask about how his experience in Afghanistan has changed his relationship to violence—and God—and about the responsibility of Catholic citizens in times of ongoing conflict and new military tensions.

As a soldier I was loved for my sins. Now I must repent for them.
Peter Lucier

In Signs of the Times, Pope Francis condemns anti-Semitism once again ahead of the 75th anniversary of the liberation of Auschwitz; President Trump offers new guidelines for praying in public schools; and the consecration of a female Espicopalian bishop at a Catholic Church in Virginia gets called off in the face of internet outrage.

Pope Francis: “I will never grow tired of condemning every form of anti-Semitism”
President Trump issues new guidance on prayer in public schools
‘An act of charity’: Virginia bishop defends parish hosting Episcopalian consecration
As a soldier I was loved for my sins. Now I must repent for them.

Show Comments ()
Comments are automatically closed two weeks after an article's initial publication. See our comments policy for more.
Provide feedback on this article
Join the conversation: Login or create an account
Before you can comment, you need to update your profile to include your first and last name, as required in our comments policy. Then reload this page and you'll be set up for commenting. Update your profile
Advertisement
More: War & Peace

A podcast from the young, hip and lay editors of America Media.