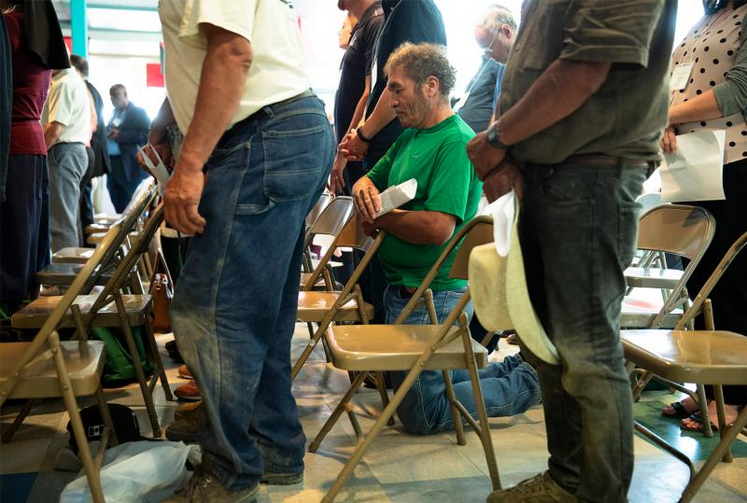 WASHINGTON (CNS) -- The Farm Workforce Modernization Act of 2019, passed by the House Dec. 11 with a 260-165 bipartisan vote, aims "to make a better system for both the farmer and the farmworkers and to create a more effective and humane agriculture industry," said the chairman of the U.S. bishops' Committee on Domestic Justice and Human Development.

Archbishop Paul S. Coakley of Oklahoma City, the domestic policy chairman, was joined in praising the House vote by Auxiliary Bishop Mario E. Dorsonville of Washington, chairman of the U.S. Conference of Catholic Bishops' Committee on Migration. They issued a statement Dec. 13.

The measure, H.R. 4916, which now goes to the Senate for a vote, would improve conditions for immigrant farmworkers and their families, as well as ensure the stability of the U.S. agricultural industry, the chairmen said.

"I commend the lawmakers who worked on this important effort in a bipartisan manner and I urge the U.S. Senate to take up this bill which gives earned permanent residency for certain farmworkers," added Bishop Dorsonville.

It amends the Immigration and Nationality Act to provide a process for farmworkers in the country without documents to seek a temporary five-and-a-half-year "certified agricultural worker" status, or CAW, if they have worked for approximately six months in the industry in the last two years. The status can be extended. Under the bill the Department of Homeland Security may grant dependent status to the spouse or children of the farmworker with the CAW status.

Among other provisions, the bill permanently establishes the Housing Preservation and Revitalization Program, which provides financing assistance for rural rental housing and off-farm labor housing and rental assistance for qualified tenants of such housing. It also authorizes the Department of Agriculture to provide various assistance, including funding for insuring loans and grants for new farmworker housing.

"The Farm Workforce Modernization Act was written in an effort to make a better system for both the farmer and the farmworkers and to create a more effective and humane agriculture industry," Archbishop Coakley said.

"The Catholic Church has long recognized the dignity of work of both citizen and immigrant farmworkers and growers alike and welcomes changes in the law to help ensure greater protections," he added.

In a Nov. 12 letter to House members, the USCCB told the lawmakers H.R. 4916 "proposes a meaningful way for migrant agricultural workers to earn legal status through continued agricultural employment and contributions to the U.S. agricultural economy."

"It also improves labor protections while producing employment flexibility that is needed to aid our agricultural industries," the letter said. "H.R. 4916 creates more accessible and predictable worker programs while ensuring more worker protections, such as improving the availability of farmworker housing and providing better health protections."

Show Comments ()
Comments are automatically closed two weeks after an article's initial publication. See our comments policy for more.
Provide feedback on this article
Join the conversation: Login or create an account
Before you can comment, you need to update your profile to include your first and last name, as required in our comments policy. Then reload this page and you'll be set up for commenting. Update your profile
Advertisement
More: Bishops / Environment