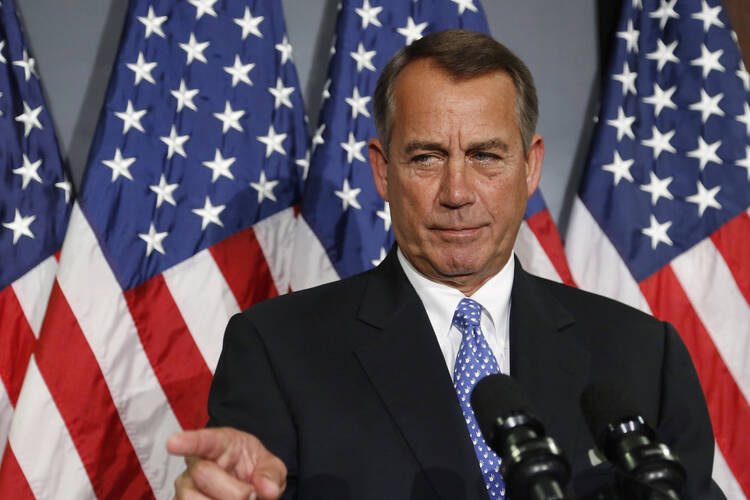 Every time I travel to Florida, where I am writing this column this morning, I am struck by the same thought: I have yet to visit a state that is more different from my beloved Massachusetts than the Sunshine State. Not worse, not better, but different. Life in the Bay State is defined by its history—the American Revolution, the Industrial Revolution, the curious cultural mix of Old World WASP-iness and New World immigrant Catholicism. People in Massachusetts, or Virginia for that matter, are more likely not to do something simply because it has never been done before. People in Florida, on the other hand, are attracted to something precisely because it has never been done before. (Perhaps that is one reason why the spacecraft that landed on the moon was launched from Florida’s eastern coast.) I’m drawing caricatures, of course, but there’s some truth in them.

And it all makes sense to me. Florida, after all, barely has a history. True, Europeans first reached its shores in the 16th century, and Florida entered the union in 1845. But consider this: Until the mid-20th century, Florida was one of the least populous states. In 1900, there were a mere 500,000 people living here, less than 10 percent of the population of present-day Massachusetts. Today, Florida has three times the population of the Bay State, and its trillion-dollar economy would be the 17th largest economy in the world if it were an independent country.

The American people are surrounded by achievements made possible through the power of the marketplace—they live and work in those achievements.

What that means is that nearly everything one encounters in Florida is less than 120 years old. Think about that. The entire state was created virtually ex nihilo within the lifetimes of a significant number of living Americans: every motel, every highway, every home and Waffle House, even that sprawling Mickey Mouse operation in Orlando. The development of this vast peninsula is one of the great achievements of American and, dare I say, human history, a product of free enterprise, hard work and not a little daring. Was this a problem-free achievement? Of course not. Racism, brute commercial speculation and forced displacements are also a part of this story. But they are a part of the story of every state in the union—of any place, in fact, populated by fallen human beings.

This got me thinking about the recent Democratic presidential debates. As I listened to the various candidates, I think I could have been forgiven for thinking that they believe that the state is the most powerful force in the world, that some American-style socialism is the order of the day. But to borrow a line from Bill Clinton, that dog just won’t hunt this time. The American people are surrounded by achievements made possible through the power of the marketplace—they live and work in those achievements. While the state has an important role to play in providing a safety net, regulating the excesses of the market and encouraging innovation, government is not the greatest creative force in America—and Americans know it. I think former President Obama hit the nail on the head when he told fretting Democrats on Nov. 15 that “this is still a country that is less revolutionary than it is interested in improvement. They like seeing things improved. But the average American doesn’t think that we have to completely tear down the system and remake it. And I think it’s important for us not to lose sight of that.”

The American people will not lose sight of that and Mr. Obama is right in saying that Democrats take a huge risk by thinking otherwise. The American people know, as Dr. Fiona Hill said in her testimony during the House impeachment proceedings, that they and their families have been given opportunities in this country that they never could have received elsewhere. The state also helped to create that opportunity, and state-sponsored programs have lifted countless people out of poverty. But the most powerful anti-poverty initiative is what it has always been: a good job at a good wage in a vibrant, expanding economy.

But the average American doesn’t think that we have to completely tear down the system and remake it.

In what other country could the son of a saloonkeeper, one of 12 children in a two-bedroom house, rise to become the speaker of the national assembly? That is John Boehner’s story. It is America’s story. For this reason, I selected former House Speaker John Boehner as the subject of this year’s America Profile.

Astute readers will have noticed a change in The Word column, the scriptural reflections we publish at the back of the magazine. As this liturgical year comes to an end, so does the three-year cycle of readings. We welcome Jaime L. Waters, who teaches Scripture at DePaul University in Chicago, as our new Word columnist. She is an associate professor of Catholic studies. We also bid adieu to Michael Simone, S.J., who did an exceptional job these last three years. Thank you, Michael. And welcome, Jaime!