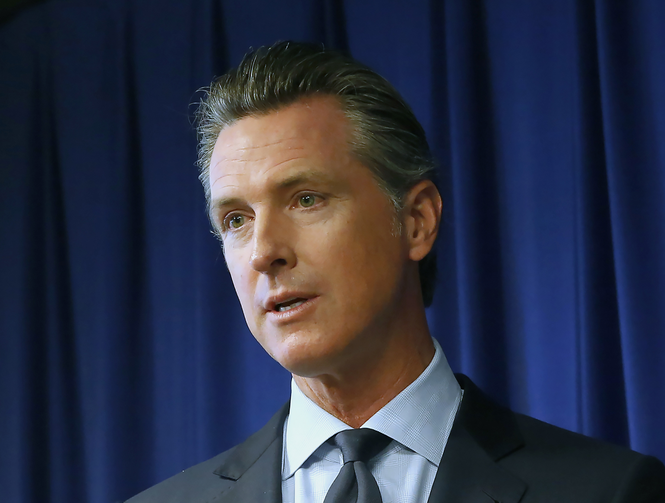 SACRAMENTO, Calif. (AP) — Thousands of lawsuits will be filed against alleged child molesters as well as the institutions that employed them under a new California law taking effect next year, attorneys predicted Monday.

The California School Boards Association called the new law an "existential threat" to smaller school districts. Attorneys said the Roman Catholic Church, Boy Scouts of America and other institutions will also face a flood of lawsuits that could force bankruptcies.

They are newly possible because the law that Gov. Gavin Newsom approved on Sunday gives victims of childhood sexual abuse until age 40, up from age 26, to file lawsuits. It also gives victims of all ages three years to sue, starting Jan. 1.

More than 400 lawsuits were filed in New York state in August on just the first day that state opened a one-year window for victims to sue. New York and New Jersey this year both raised their statutes of limitations to age 55, with New Jersey's law taking effect in December.

About 1,000 lawsuits, the vast majority against the Catholic church, were filed when California lifted the statute of limitations for one year in 2003, recalled John Manly, who represents Olympic gold medalist Aly Raisman and other survivors of USA Gymnastics sexual abuse, as well as alleged victims of former University of Southern California gynecologist George Tyndall.

But victims are much more willing to speak up than they were 16 years ago, he said. And the new law allows for triple damages if victims can prove that employers tried to cover up the abuse.

"I think you're going to see organizations that have been essentially engaging in systemic criminality by protecting pedophiles are about to be exposed. It's not just the Catholic hierarchy, it's private schools, it's public schools, it's physicians," Manly said. "This could cause some organizations to go bankrupt. It probably will."

He predicted 5,000 to 10,000 lawsuits under the new state law. But Manly said the bankruptcies already declared by multiple dioceses and other affected organizations haven't prevented them from continuing their religious or charitable work.

California School Boards Association spokesman Troy Flint, however, said the new law is "an existential threat to the viability to many school districts."

By extending the cutoff to age 40, "basically you're opening up another generation to compensation," Flint said.

"It's going to be very difficult for schools to determine what happened in a case 40 years ago. Witnesses may have moved or passed away, evidence may be gone in many cases. In many cases they will not be able to mount a credible defense," he said. "Districts will likely be forced to settle, and the insurance companies have already signaled that either the premiums are going to become prohibitive or they will withdraw from this segment of the market."

He said the church paid more than $1.2 billion to hundreds of victims in 2003, and hundreds of millions of dollars since then for therapy and other services to survivors. Six California dioceses last month began a new private independent compensation program for child victims.

Attorney Joseph George said he's filing the first of "dozens and dozens" of planned lawsuits Tuesday on behalf of a client who previously was too old to sue. He expects the law taking effect Jan. 1 will apply to any pending cases as well, as was the case in 2003.

The lawsuit says that Father Jose Antonio Pinal sexually abused Juan Ricardo Torres, then age 14, in 1983-84 in Gridley, 60 miles north of Sacramento. Pinal is publicly listed by the Sacramento diocese as an abuser who fled to Mexico in 1989. The Associated Press does not usually identify victims of sexual abuse, but Torres is named in a news release and is speaking publicly about the lawsuit.

Attorney Spencer Lucas said he and his associates are set to file 70 lawsuits in January on behalf of clients who say they were abused by priests and Boy Scout leaders.

Those are "the tip of the iceberg," he said.