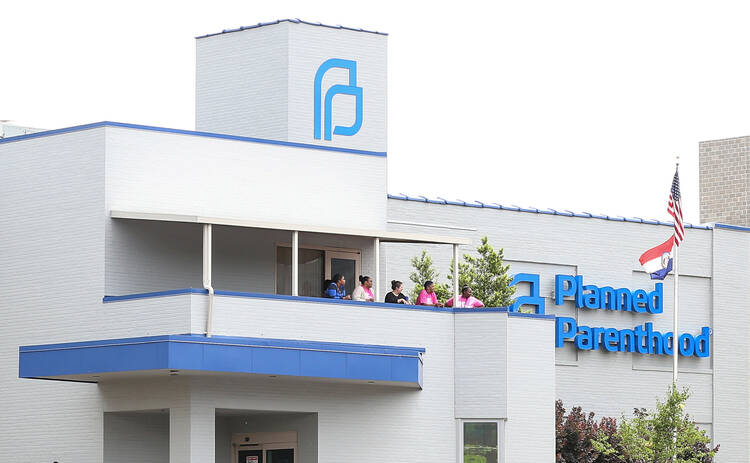 SAN FRANCISCO (CNS) -- Planned Parenthood says it's pulling out of the federal family planning program rather than abide by a new Trump administration rule prohibiting participants from referring patients for abortions. Planned Parenthood's acting president and CEO says the organization's nationwide network of health centers will remain open and strive to make up for the loss of federal money.

The appeals court is hearing a legal challenge to the Trump administration's "Protect Life Rule" to bar Title X funds from being used for promoting or providing abortion as family planning.

On July 11, the court in a 7-4 decision said that even as court cases challenging it proceed, the rule can take effect. An emergency stay had been sought by some abortion rights advocates, including Planned Parenthood, and by 20 U.S. states and the District of Columbia.

Planned Parenthood has called the Trump "Protect Life Rule" a "gag order" on its operations that must be lifted.

Catherine Glenn Foster, president and CEO of Americans United for Life, said in an Aug. 15 statement it was "no surprise Planned Parenthood is withdrawing from Title X."

She said the organization knows this decision "will feed its reality distortion field that, despite being one of the most generously tax-funded nonprofits in America, it is somehow being attacked simply because the Department of Health and Human Services wishes to respect congressional intent. And Congress was clear: Title X was never meant to fund abortions. The law is clear."

According to the U.S. Department of Health and Human Services' Office of Population Affairs, the Trump administration's Protect Life Rule is based on the most accurate interpretation of the Family Planning Services and Population Research Act of 1970, which enacted Title X. Section 1008 of this act states that "none of the funds appropriated under this title shall be used in programs where abortion is a method of family planning."

HHS said the rule requires "clear financial and physical separation between Title X funded projects and programs or facilities where abortion is a method of family planning. This separation will ensure adherence to statutory restrictions, and provide needed clarity for the public and for Title X clinics about permissible and impermissible activities for Title X projects."

That ends a GOP talking point. Is there anyone on this planet who does not know that Planned Parenthood does not perform abortions? Call this winning the battle and losing the war.

This has to be one of the shortest fact filled articles I have read in "America." It concerns abortion - the most divisive argument even within our own Catholic Church. You could write volumes about Ethics, Motherhood, Morality, Law, Infanticide, Women's Health, but we get a trite statement of a "Trump Administration ruling." What must happen in this country before we can have a reasonable sane discussion on this subject?