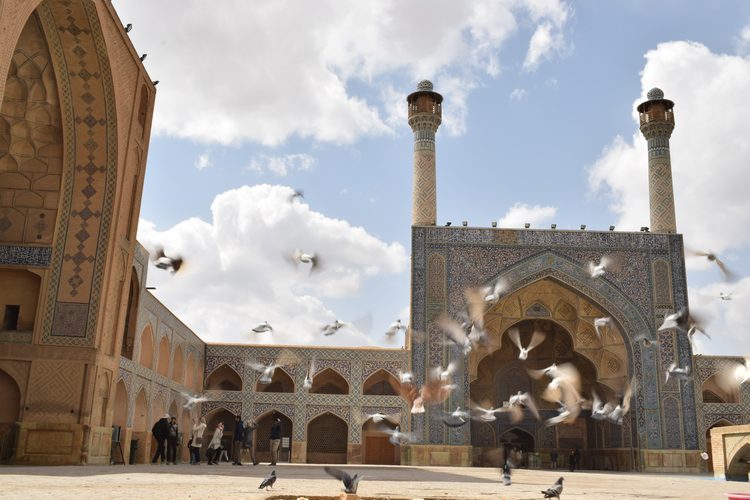 Photo by Zahra Khalili on Unsplash

The statement was developed by the National Council of Churches and Sojourners, a Washington-based Christian organization that addresses social justice concerns.

"A United States war with Iran would be an unmitigated disaster, morally and religiously indefensible; U.S. faith leaders must be among the first to rise up, say 'No!' -- and call for better, more effective and life-saving ways forward," the statement said.

Citing the "escalation of confrontation" between the two nations, the statement said "it is time for leaders from our faith communities to point to more effective ways to transform conflict and to speak strongly against military action that could have enormous human and financial costs, and which could easily and broadly escalate."

The leaders also called on the Trump administration to end "harsh and punitive" trade sanctions against Iran and if necessary, establish safeguards for shipping in the Persian Gulf and Gulf of Oman.

Tensions between the U.S. and Iran heightened in May and June as several seagoing oil tankers were the subject of sabotage and attacks in the Gulf of Oman. Trump has accused Iran of being behind the attacks and British security officials said they are "almost certain" that Tehran instigated them.

Global observers have said Iran's economy has taken a deep hit because of economic and trade sanctions put in place since the U.S. withdrawal in May 2018 from a multilateral agreement that limits the ability of Iran to develop nuclear weapons. Trump has said since that the withdrawal from the so-called P5+1 pact, the world is a safer place.

Trump should lift sanctions on Iran, for both moral and diplomatic reasons.
The Editors

Despite the U.S. withdrawal, France, the United Kingdom, Russia and China, plus Germany, remain parties to the deal even though Iran has announced that it has surpassed some of the agreement's limits placed on uranium enrichment.

In mid-June, Archbishop Timothy P. Broglio of the U.S. Archdiocese for the Military Services made a similar appeal in a letter to U.S. Secretary of State Mike Pompeo. The correspondence from the chairman of the U.S. bishops' Committee for International Justice and Peace outlined the Catholic Church's long-held stance that has preferred dialogue and engagement as the best actions to resolve political stalemates.

Other signers of the new statement include Patrick Carolan, executive director of the Franciscan Action Network; Lawrence Couch, director of the National Advocacy Center of the Sisters of the Good Shepherd; Loreto Sister Teresia Wamuyu Wachira of Kenya, co-president of Pax Christi International; Sister Carol Zinn, a Sister of St. Joseph, executive director of the Leadership Conference of Women Religious; Jim Wallis, president of Sojourners; and Jim Winkler, president and general secretary of the National Council of Churches. In addition, more than 90 women religious signed the statement.