Trump should lift sanctions on Iran, for both moral and diplomatic reasons. 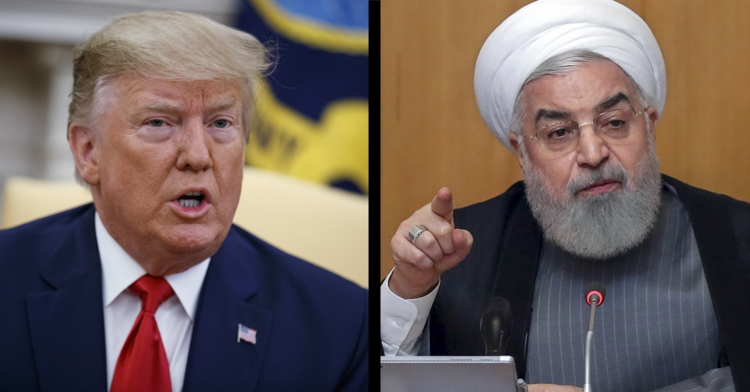 President Trump displayed laudable prudence when he walked back an “ordered strike” on military targets in Iran on June 20, after an unmanned U.S. drone was shot down. That makes it all the more regrettable that the Trump administration’s imposition of tougher economic sanctions appears to lack this same consideration.

The new round of sanctions on Iran, along with re-established ones, are crippling the Iranian economy. Inflation has risen to more than 37 percent, and the Iranian rial has fallen by around 70 percent since early 2018. Many Iranians now worry about the availability of food and lifesaving medicines as a result. Economic sanctions can have consequences that are just as tragic as those of military action. For example, 576,000 Iraqi children died prematurely in the five years following economic sanctions imposed by the United Nations in 1990. Economic sanctions can also nudge societies toward devastating overuse of land and energy resources.

Economic sanctions are not intrinsically immoral; in the past they have discouraged military force and leveraged negotiations for peace. But as the Compendium of the Social Doctrine of the Church instructs, if economic sanctions are used, it must be with “great discernment” and subject to “strict legal and ethical criteria.” Ethicists and diplomats have argued that for sanctions to be moral, they must have minimal impact on average civilians, especially the vulnerable. For any sanctions, moral or otherwise, to be effective, they need to be structured in accordance with clearly defined objectives.

Current sanctions on Iran do not meet these criteria. If the purpose of the sanctions regime is to prevent Iran from obtaining a nuclear weapon, the president would need to reconsider his decision to withdraw from the painstakingly negotiated Joint Comprehensive Plan of Action. That agreement, supported by Pope Francis and the U.S. bishops, had halted nuclear-weapons-grade uranium enrichment in Iran. There are signs that the agreement is salvageable. Iran’s foreign minister has said that Iran would return to abiding by the agreement if other countries did the same.

If, however, the goal of these new sanctions is to diminish Iran’s influence, they require further consideration and clear explanation. Reducing Iran’s regional influence and support for terrorist organizations is a defensible goal. But if recent decades have taught us anything, it is that U.S. actions in the Middle East can have unintended and deadly consequences. Well-intentioned but unrealistic goals prevent a flexible framework necessary for incremental relief, essential for bringing countries to the negotiating table. Without a reasonable chance that sanctions will succeed, the United States risks engaging in an unending financial war with Iran that could slip into a military one at the slightest provocation.

The United States can save lives, reduce the risk of escalation into war and increase its chances of stopping Iran from building a nuclear bomb by lifting this latest round of sanctions.

But Trump has no moral compass. Too much time with Jeffrey Epstein and Stewart Rahr.

The Editors are now diplomacy experts?

The Iranian leadership is one of the most immoral ones in the world. They will not use their available financial resources for their people but for war making capability. Why the threat to develop a bomb as a response? That is where they will focus instead of feeding and medicating their people. Anyone believe they will respond to reason?

The Senate of the United States never ratified the deal the Obama Administration made with Iran. Why does no one acknowledge this? A recent article in America lamented the very poor record Congress has in getting legislation passed. So why ignore that Congress has a Constitutional responsibility to ratify treaties? I myself don't think Iran wants a war with the US, but Iran has no trouble supplying terrorists all over the Middle East. Trump inherited many serious problems from the Obama Administration and is addressing many. You just may not like his approach or strategies. Well, show up and vote in 2020.

Economic sanctions are not an effective tool of diplomacy. The historical record proves it. They are often applied for domestic political reasons, to allow an administration to look tough, when in fact it may not be able able to use military force. Sanctions can hurt the people in the targeted country, without really hurting those who hold power. Some examples: US economic sanctions hurt the Haitian people and helped drive away foreign investment and created more unemployment in the 1990s . Similarly, sanctions hurt the Panamanian people in the run up to the US invasion of 1989. Targeted sanctions applied to individuals or group (such as leaders in Venezuela) can deprive them of some cash, but these people normally have access to money, regardless of sanctions. Because of globalization sanctioned governments have access to alternate sources of money and trade. So why does Washington keep doing this? Because of domestic politics, misreading or neglecting the historical record.

I wouldn't use the Pope's and Bishop's support of a position as a plus.

Iran is an obtrusive impediment to the American Empire’s need to control the world and to snuff out any political entity that fails to bow low, very low, before the Empire’s unremitting avarice. The American corporate state instructs its clueless populace to demonize Iran and like good little sheeple they go about doing it with their ignorance-drenched rhetoric such as manifested in several of the commentaries associated with this article. It’s just like the prescient George Orwell said it would be; just as Chomsky and Hermann laid out in their 1988 treatise Manufacturing Consent.

The goal of the Trump Administration and the Israeli Government is to provoke Iran into Nuclear Expansion to justify a US Military Strike on Iran’s Nuclear Facilities. Israel had plans to launch their second Military Strike on Iran’s Nuclear Facilities prior to the Trump Administration coming to Office. Israel would love to have the US do it to avoid them from being the Aggressor in the Middle East.
If Trump strikes Iran, it will turn the Middle East into the total chaos with Iran striking a soft target Iraq and rocket attacks into Israel.
It’s time to negotiate before it’s too late.

If you have nukes like North Korea, the President of the United States of America will walk twenty steps to kiss your behind. The most prudent move for Iran is to build nukes so that they can get some respect. They know that agreements with the United States are worthless especially with a practiced welcher in charge. All God's chillun' got nukes. We got 'em. We love 'em.