Pope Francis’ simple (and radical) apology to the Roma 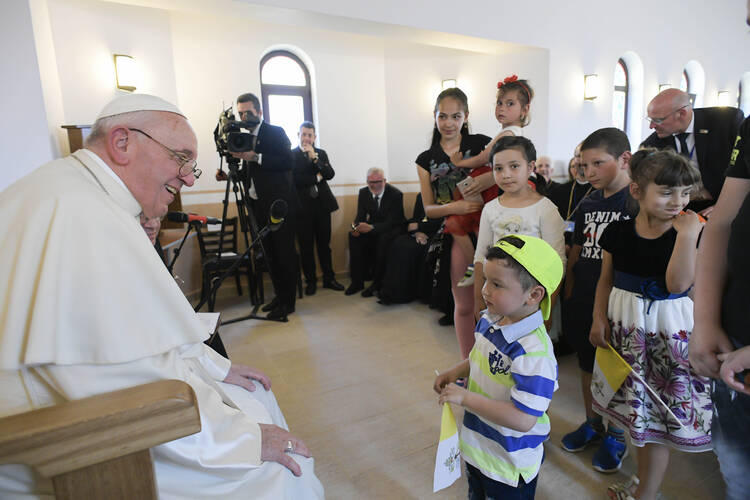 On the last stop of his visit to Romania, Pope Francis apologized to the Roma people—often referred to disparagingly as “gypsies”—on behalf of the Catholic Church. Pope Francis’ apology to leaders of what is considered Europe’s largest ethnic minority might have looked like a simple gesture. But it may prove to be the most radical thing the pope did in Romania.

The Roma ethnic group is estimated to make up 8 percent of Romania’s population, but there are also large communities in Hungary, the Balkan states, and southern and western Europe, as well as North and South America. Many hold negative views about Roma people, perhaps believing stereotypes about them taking advantage of Europe’s open borders and generous state welfare programs. Right-wing politicians exploited these stereotypes to gain power in the recent European parliamentary elections.

Roma continue to contribute to the history, economy and culture of countries all over the world.

The truth is that Roma continue to contribute to the history, economy and culture of countries all over the world. In the 17th and 18th centuries, the Hungarian historian Veronika Novák writes, records show that the nobility gave some Roma families guarantees of legal protection and freedom of movement in order to practice critical professions, including metalwork and repair, brickmaking, woodcarving, basket weaving, as well as agriculture.

In his apology, delivered during a visit to the Barbu Lautaru district of Blaj, a city in Romania’s Transylvania region, Pope Francis acknowledged that the Roma community has long suffered from discrimination and violence. He urged Europe’s Christians to consider the pain that can come from the simplest actions. “How many times do we judge rashly,” he declared, “with words that sting, with attitudes that sow hatred and division!”

This was not the first time Francis highlighted the problem of anti-Roma racism. In May, the pope met with a Roma family who had been attacked by mobs after moving into public housing in Italy and said that he “suffers” when he learns of such discrimination.

Pope Francis spoke of the importance of appreciating the Roma community’s culture and traditions and apologized for the church’s inability “to defend you in your uniqueness.”

In Romania, Francis said, “History tells us that Christians too, including Catholics, are not strangers to such evil.” He was alluding, in part, to the systematic murder of Roma during the Holocaust, when, according to historical estimates, Germans and their allies killed up to 500,000 Roma individuals.

Efforts to evade responsibility for Holocaust-era atrocities are resurgent across Europe. Not only some Romanian politicians but leaders in Hungary, Poland and other nations in Western Europe are being accused of manipulating history. Pope Francis’ message in Romania was a call to Christians everywhere to learn about these historical realities and to see the parallels between others’ suffering and our own. This is a crucial starting point if we are to stand with the Roma community against past and present acts of violence.

Even today Roma are at the margins of European societies, often in conditions of such dire poverty that families must choose between sending their children to school or to the forest for firewood in the winter. Trained as an anthropologist, for three years I lived alongside Roma in Hungarian and Romanian cities and villages. I also spent many hours talking with teachers, Catholic priests, civil servants and politicians who know the poverty and discrimination Roma face, even as countries all over Europe work to expand opportunities through education.

In Hungary, some Catholic elementary schools have made a special effort at integrated education, but teachers and church leaders struggle with non-Roma parents who respond by transferring their children out. Many teachers have a strong desire to help and just want good solutions to relieve the suffering they see. The political scientist Katja Dunajeva, who lived in Roma communities in both Hungary and Russia, has written that a little curiosity goes a long way. It makes a big difference to a Roma child’s self-respect when teachers and Catholic priests seek to learn about their language and culture. Pope Francis, too, spoke of the importance of appreciating the Roma community’s culture and traditions, and he apologized for the church’s inability “to defend you in your uniqueness.”

But there is also frustration and confusion among the teachers I got to know, who do their best to balance the desire to help, the demands of the school system and Europe’s difficult historical legacies of discrimination against Roma.

It is easy to overlook the small works of social repair that are no less a part of a papal visit.

Pope Francis has left Romania; the crowds have dispersed and cheers have faded away. Amid the big news stories about press conferences and presidents, it is easy to overlook the small works of social repair that are no less a part of a papal visit. I could have just as well written about a coalition of Catholic and environmental organizations that committed to plant 646,000 fir trees across Romania in honor of Pope Francis’ environmentalism. Transylvania is also home to 65 percent of Europe’s remaining primeval forest, where government corruption and illegal logging continue to decimate groves of old-growth trees. Every one of these knee-high saplings will have long-lasting, if unspectacular, consequences, and is a powerful act of love.

Pope Francis’ apology to Roma leaders might have looked similarly humble. But it is a singular challenge to Catholic bishops, priests, and laypeople throughout Europe to show compassion toward the Roma community and embrace an attitude of joyful appreciation of difference.

Editor’s note: A previous version of this article was missing the final paragraph. 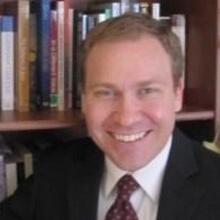 Marc Roscoe Loustau is co-editor of the Journal of Global Catholicism at the College of the Holy Cross in Worcester, Mass.