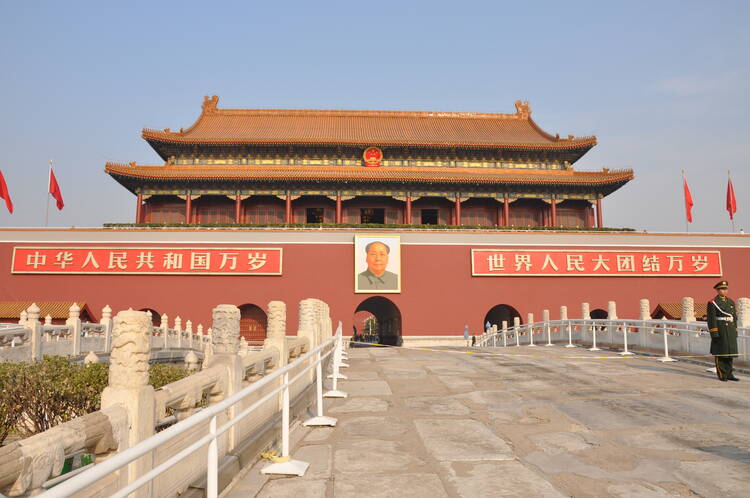 June 4, 2019, marks 30 years since the Tiananmen Square massacre. In this article for America, published on Nov. 2, 1991, Robert F. Drinan, S.J., writes about human rights in China in the context of the massacre.

The White House’s attitude toward human rights in China goes contrary to the basic policies of the United States on human rights. It can only be described as an anomaly, even an aberration, by a President who imagines himself an expert on China because he resided there for some months several years ago. The President is acting contrary to the wishes of the Congress and a country who feel that the United States cannot ignore the miserable state of human rights in the world’s most populous nation.

In 1980, the Carter White House extended to China the status of “most-favored-nation.” This meant that China, after years of being isolated by the United States, could send goods here at the same low tariffs the United States offers to its closest allies. Although the law provides that Congress may each year condition or cancel M.F.N. status, Congress allowed China to retain this privilege through the 1980s. The benefits for China are substantial. Its exports of toys and textiles to the United States rocketed up to $15.2 billion in 1990, an increase of 27 percent over 1989. In the same period, U.S. imports into China fell by 17 percent to $4.8 billion. The trade deficit of $10.4 billion in 1990 may increase to over $12 billion in 1991.

The massacre in Tiananmen Square on June 3, 1989, shocked the world and aroused the Congress.

The massacre in Tiananmen Square on June 3, 1989, shocked the world and aroused the Congress. In 1990, the House of Representatives passed a bill, conditioning the renewal of M.F.N. status on the observance by China of specified human rights. But President Bush was so insistent that he would veto any limitation on M.F.N. status to China that the Senate did not even take up the bill.

The story in 1991 was similar. The House passed a tough bill by a vote of 313 to 112. The Senate followed suit, but only by a vote of 55 to 44. Some observers fear that the bill is so freighted with tough, “killer” amendments that the measure, if enacted, will virtually kill China’s thriving trade with the United States. But there is a version of the bill, which both Houses could clear, filed originally by Senator George Mitchell (D., Me.) and Representative Nancy Pelosi (D., Calif.), that would extend the M.F.N. status for another year with the proviso that, before it could be extended beyond that point, the President would have to certify that the political prisoners detained because of pro-democracy protests are released, that the jamming of the Voice of America has stopped and that similar outrages are ended.

By almost every standard, human rights in China continue to deteriorate. Even the State Department’s 1990 report on human rights gives the gruesome details. China restricts immigration. Trials for Chinese citizens accused of political crimes are notoriously defective. Prison conditions are deplorable. Freedom of the press is regularly denied.

Persecution of religion continues, as well. Catholics and Protestants have been arrested for distributing or even receiving Christian literature. Though there has apparently been some improvement in the level of religious freedom, religious groups of all kinds feel oppressed. The repression of Tibetan citizens continues, as the Dalai Lama made clear in his visit to Washington in April 1991.

China is also guilty of violations of international law by its sales of nuclear weapons technology to Iran, Syria and Pakistan. Why then does the United States act as the friend and benefactor of this outlaw nation plagued by unelected, aged and despotic officials?

Why does the United States act as the friend and benefactor of this outlaw nation plagued by unelected, aged and despotic officials?

The opponents of this measure include U.S. exporters of wheat to China and the companies that import toys at very low costs to be sold at very high prices. But the major opposition of efforts to use U.S. influence to improve human rights in China comes from the White House and Republican lawmakers in the Congress. It is not certain, of course, that the leaders in Beijing would comply with curbs on their activities attempted by the U.S. Congress. But in 1990, when Congress was threatening to cut off M.F.N. status, China released hundreds of demonstrators and also agreed to join the nuclear-nonproliferation treaty. International trade, moreover, is so increasingly important to China that any threats to its growth are likely to bring conciliatory gestures.

The future state of human rights in China is almost as uncertain as the future stability of the republics that recently broke with the Soviet Union. The tyranny of China’s elderly leaders is bound to pass, although it should be noted that the capacity of Chinese leaders to intimidate their people is centuries old. Can this tyranny endure the strong worldwide tide in favor of democracy and human rights? No one knows. But when the history of human rights in 1990-91 is written, the refusal of the White House to use U.S. power and prestige to improve the state of human rights in China will surely be judged to be atypical of American policy, contrary to the letter and spirit of international law and tragic for vast millions in China who hoped that the uprising in Tiananmen Square might finally bring the United States into solidarity with them. 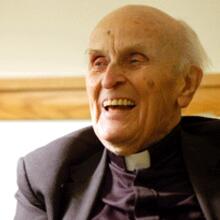 This is an article written about 30 years ago.

Today China is the biggest threat to future peace in the world but yet there is almost nothing in the press about it. Joe Biden is on record saying China is not a threat.

American tradition of human rights? Not great. Segregation, Voter suppression, Police murders. Egregious inequality to the point of seriusly hurting families. Caging children at the barder after separating them from their parents and often losing track of them and in some cases refusing to return them to their parents. Denial of health care to the point of death or suicide. Yeman. Look to the beam in your own eye.

Where does this come from? We just had eight years to moderate our trading relationship with China, a country that has taken advantage of us and our interests in every conceivable way. This administration is trying to correct the inequalities that are bleeding our economy and is trying to create some balance, through which we may increase our influence. It receives virtually no support from Democrats, who are openly hostile, trying to stymie every move. If we had American solidarity our trading problems with China would be solved overnight. As it is we are a divided nation and China is trying to play for time, a reality that is reflected in our weakening stock market.