The Editors: Dental care is inseparable from overall health care 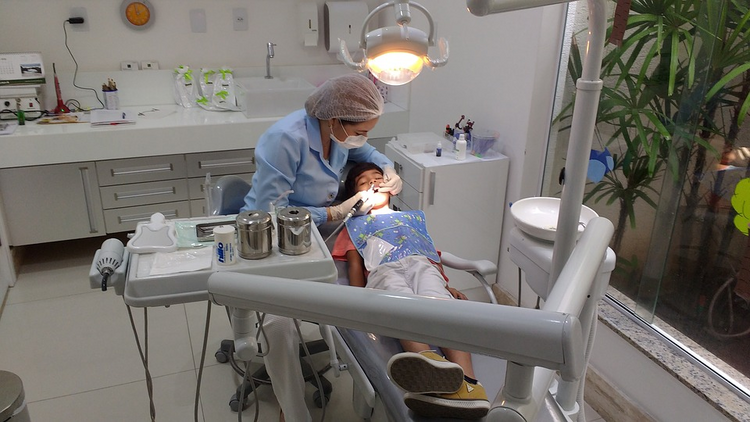 Several articles in this issue address health care “at the margins.” One problem that affects almost all marginalized places and demographic groups is poor dental care, despite growing evidence that oral health problems can be symptoms of and even contributors to life-threatening illnesses like diabetes and heart disease.

The lack of access to dental care has two main causes. The first is that even employer-provided health insurance often does not cover dental care as generously as it does other health services. As for Medicaid, each state decides whether to cover dental care past childhood, and most states offer only emergency care. Also, the Medicare program does not cover routine dental services, and only about one-third of Medicare recipients choose to get supplemental coverage. Not surprisingly, only about half of Medicare recipients visit a dentist annually.

The second factor is that almost 63 million people, or more than one-fifth of the U.S. population, live in “dental deserts” with few or no places to obtain oral care, according to a 2018 report from the U.S. Department of Health and Human Services. Even though the number of dentists practicing in the United States has gone up, there are more and more shortage areas (5,866 communities as of 2017), mostly in rural communities and low-income urban neighborhoods.

These two factors contribute to huge disparities in oral health among demographic groups. The Centers for Disease Control reports that 47 percent of the U.S. population has periodontal disease, but there are much higher rates among blacks and those of Mexican descent and among those with less than a high school education. The same pattern holds true for tooth decay.

Any further decline in oral health would constitute a public health crisis, one that can easily be avoided. Health care remains a top priority for voters, and policy makers should consider new requirements for health insurance to cover dental care, as well as incentives (perhaps loan forgiveness) for dentists to practice in underserved areas. Dental care is inseparable from overall health care, and it should be a priority in any plan to reduce inequities and improve the well-being of all citizens.

What if giving free dental care to everyone cost lives? If it limits what else can be offered, it might just do that. Being compassionate always sounds nice but what if it hurts the poor or even kills? Sound absurd and uncaring. I am not advocating for ignoring dental care but what if resources are diluted as a result. There are not enough resources for everything that would be nice.

We have enough resources for $50M halftime shows, we have enough resources for Jeff Bezos to make several million dollars every hour of every day. There's no shortage of excess, So to suggest that lives might be lost if anyone suggests, much less attempts, to reorganize priorities seems a bit of a straw man to me. We might not have enough resources to do everything on a list of expenditures, expenditures on fellow citizens, humans all, but we can probably knock out a few of them if we are willing to tilt the table a little less in favor of the über wealthy. If we're going to ask 'what-ifs', what if there were some compulsion (say a sense of shame?, a sense of decency?) that led those with abundance to say maybe $100M a year income is enough and I ought to pay the people that have created my wealth sufficiently such that they can afford decent dental care? What if? The possibilities are endless.

The UK is losing medical resources through their taxation system. You are recommending something similar. How is that helping the poor? http://bit.ly/2KtYepJ
You assume that the income of the wealthy is not helping the poor. In fact it might be a major source for the consumption by the poor, whether it is medical, food or other consumption or a source of a job.
Read Factfulness to see how providing world class medical care will kill the poor.

Dental care is, of course, important and it begins not at a dental office but at home. As the editorial notes, "...47 percent of the U.S. population has periodontal disease, but there are much higher rates among blacks and those of Mexican descent and among those with less than a high school education. The same pattern holds true for tooth decay." Rather than raise more taxes to fund treatment for people who do not take care of their teeth, how about legislation creating medical/dental charities with unlimited deductions for contributions to allow charities to supply dental education and fund care if needed for those otherwise unable to pay for it. If people are allowed to keep their hard earned money rather than having it taken away through taxation, they are always extraordinarily generous. Let's address the issue through charity, not yet another government program. With charity givers get the benefit of doing good and beneficiaries have actual gratitude. With taxation, the taxed are resentful and the recipients feel entitled to receive the free government funding.