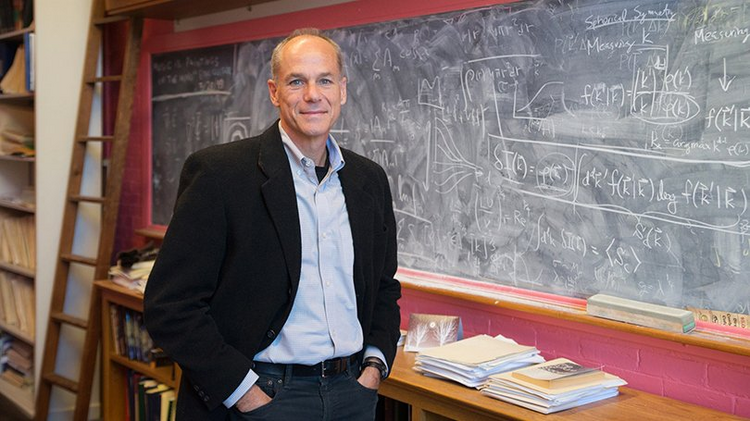 Marcelo Gleiser, Appleton Professor of Natural Philosophy and a professor of physics and astronomy at Dartmouth College. Photo by Eli Burakian, courtesy of Dartmouth (RNS)

WEST CONSHOHOCKEN, Pa. (CNS) -- A Dartmouth College cosmologist and theoretical physicist, who considers himself a religious agnostic even though he has devoted his career to examining link between science, philosophy and spirituality in exploring the mystery of creation, is the 2019 Templeton Prize winner.

Marcelo Gleiser, 60, often describes science as an "engagement with the mysterious" because he believes it cannot be separated from humanity's relationship with the natural world.

A native of Brazil, he is the first Latin American to be named a Templeton Prize Laureate.

In announcing the award March 19, the John Templeton Foundation called Gleiser "a prominent voice among scientists, past and present, who reject the notion that science alone can lead to ultimate truths about the nature of reality."

The Templeton Prize, established in 1972 by Sir John Templeton, aims to recognize someone "who has made an exceptional contribution to affirming life's spiritual dimension, whether through insight, discovery or practical works."

Gleiser's work has earned international acclaim. His books are best-sellers, especially in his homeland, and his television series has drawn millions of viewers.

"The path to scientific understanding and scientific exploration is not just about the material part of the world," Gleiser said in a videotaped acceptance of the prize released by the foundation, based in West Conshohocken. "My mission is to bring back to science and to the people that are interested in science, the attachment to the mysterious, to make people understand that science is just one other way for us to engage with the mystery of who we are."

Despite his agnosticism, Gleiser has disavowed atheism.

"I see atheism as being inconsistent with the scientific method as it is, essentially, belief in nonbelief," he said in a 2018 interview with Scientific American. "You may not believe in God, but to affirm its nonexistence with certain is not scientifically consistent."

Among Gleiser's significant scientific contributions is his work as a co-discoverer in 1994 of "oscillons," which the foundation described as "small, long-lived energy 'lumps' made of many particles." He continues to study their properties.

His current research involves the use of information theory to explore how the stability of physical systems -- from subatomic particles to massive structures in the universe -- is encrypted in the complexity of their shapes.

The foundation said Gleiser also focuses on the origin of life on earth, examining the role of biochemical asymmetries in the early formation of polymers, the precursors to complex biomolecules. In addition, his views have risen in prominence in the growing astrobiology field.

Gleiser was born in Rio de Janiero and was raised in the Jewish community, attending Hebrew school. He graduated from the Pontifical Catholic University of Rio de Janiero in 1981 and later received a doctorate in theoretical physics from King's College London.

He joined the Dartmouth College faculty in Hanover, New Hampshire, at age 32, teaching physics and astronomy. By the time he was named a full professor at the school in 1998, Gleiser had expanded his scientific views into a larger cultural context, the foundation said.

His work led to his first book, "The Dancing Universe," which was developed as a college textbook for non-science majors. It explored the philosophical and religious roots of scientific thinking and their influence throughout human history and result in Gleiser's rise as a public intellectual.

The prize includes a cash award of more than $1.4 million. A formal award ceremony is scheduled May 29 in New York.